Nancy Drew S0308 Review: The Burning of the Sorrows – Huh?

As the title indicates, the supernatural entity the Drew Crew faces this week is a real bummer. And this time, they’ve got only themselves to blame.

Speaking of which, there are two things I believe at this point in the season, which is about the halfway point. Number one, Hannah is dead. She’s probably the ghost in the Historical Society building, but I’m not ready to commit fully to this yet. 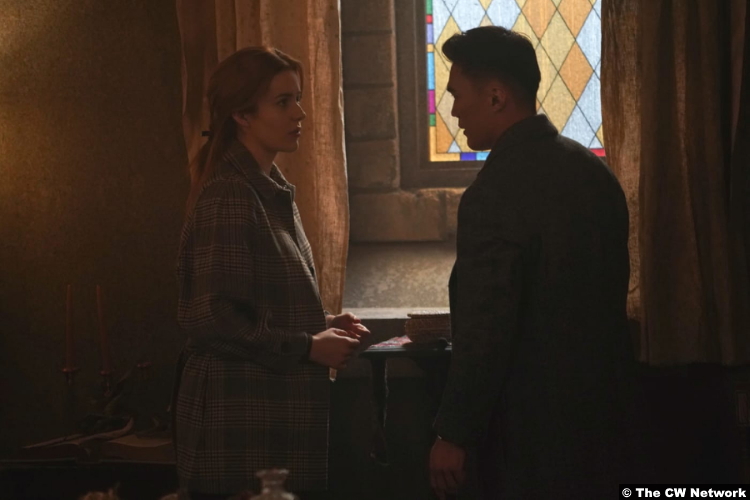 Number two, you can’t trust Temperance. I would think that that would go without saying, considering we met her when she bathed in Nancy’s blood, but apparently not. And this is frustrating.

It feels like the show–or its characters, rather–forget this when it’s convenient, when it serves the plot. It’s like something from a lesser show, not the quality writing I’ve come to expect from this one. But here we are.

It all starts when they’re brainstorming ideas on how to catch the Copperhead, which is what we’re now calling the Man in the Hat. We’re also learning Civil War history this week, I guess. I know that might seem weird for a show set in Maine, but my favorite “character” in The Killer Angels, an account of Gettysburg, is Maine’s own Joshua Chamberlain.

Anyway, Bess wants to use one of Temperance’s magic devices as bait, but Nancy doesn’t trust her. Good, go with those instincts. Instead, they steal it and their plan immediately goes sideways. Also, as they’re hiding in the woods, waiting to see if the Copperhead will take the bait, Agent Park happens upon them.

He takes the news that supernatural stuff is all real quite well. Some may say a little too well, so let’s just put a pin in that for the future. That done, let’s go back to the trap, which attracts the Burning Sorrows, an entity that feeds on bad vibes. When Temperance finds them, the Burning Sorrows zaps her. (I say “an entity,” by the way because this thing doesn’t really have form or shape. It’s like killer lightning.)

Once they figure out it’s a sadness eater, they try to appease it by feeding it their biggest heartbreaks. Bess has a lot of them, of course. I kind of want to say that maybe it’s because she’s too trusting, but that feels mean. And in any case, it’s no use. Having marked Temperance, it wants her misery. 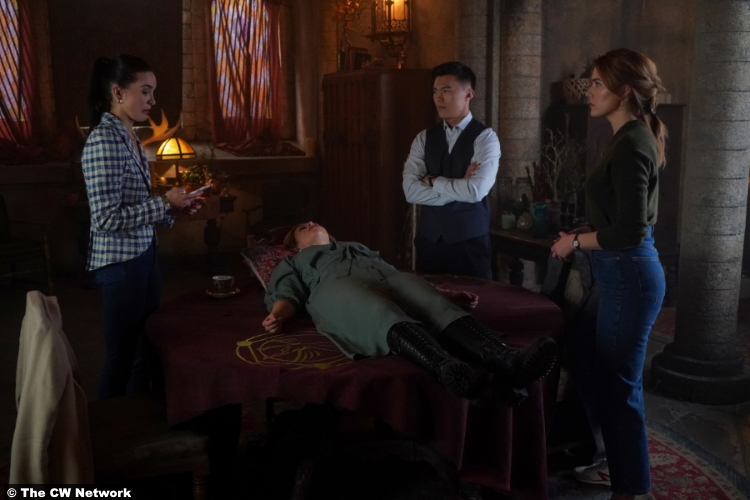 And her biggest woe is what happened with her daughter Charity (Olivia Taylor Dudley). It takes a while to pull out the full story, but this is the nutshell. They had a row because Charity not only married Beckett Dow, the son of a Woman in White, but she also wanted to go to the Civil War with him. (As a nurse, I mean–she wasn’t on holiday. Also, why am I suddenly Anglicizing my speech?)

Sadly, but not unsurprisingly–it was a very bloody war–Charity died. Then her husband used his soul splitter to divide her soul between four other bodies, so that her mother could never find her. Rude.

Telling this tale finally ends the Burning Sorrows, but not Temperance’s pain. The entity basically fatally wounded her, and the only cure is by cell regeneration. Luckily, she still has a lock of Charity’s hair, which she can mine for genetic material. Or, to put it another way, so she can reanimate herself with Charity’s appearance.

Also, Beckett Dow is the Copperhead and he’s going after the reincarnated people who “inherited” pieces of Charity’s soul. He’s taken out two, so there are still two out there. Once he gets them, he’ll disappear and Temperance will never get the chance to see her daughter again.

Sigh. So, yeah, you’re probably like, hey, Salome, why were you talking about not trusting Temperance? Because she’s a big fat liar. As she reveals in a letter to Charity, this–letting Bess steal the bait and everything after–was all part of her plan. She needed to get Nancy on her side so that Temperance and Charity can “finish what we started.” And Nancy fell for it, which really burns my biscuits.

I mean, I’m sure she’s feeling guilty about Trott’s death, but still. It was like, a few hours ago (in the show’s timeline) that she was telling Bess to let Odette go because she’s already dead. So why would she trust Temperance and try to save her? I don’t know. 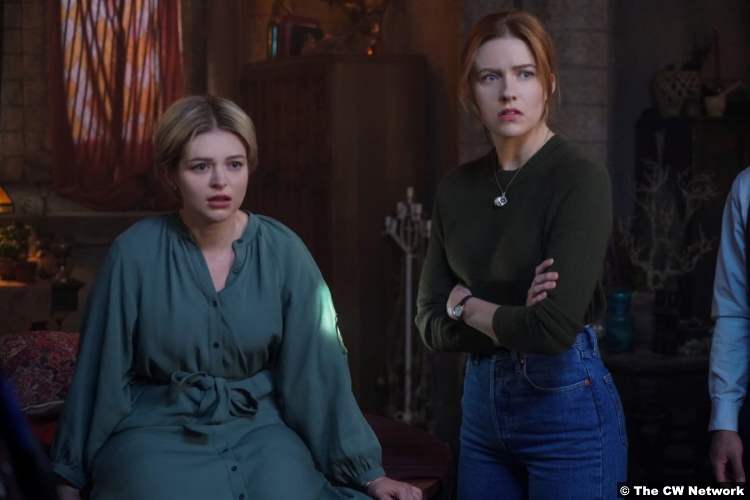 Other things I don’t know: The deal with the ghost, who is probably Hannah, that Ace is trying to figure out. And why Nick went missing, but it turns out he was just throwing footballs? Like, bruh. Was he just out there for hours tossin’ the pigskin? Please give him something better to do.

As if on cue, here comes Eve (Kayla Smith), Nick’s friend from back home and the whole reason he got in that fight that sent him to jail. As if she hasn’t already had a tremendous effect on his life, she’s now shown up, as she tells him, because she “thinks” she killed someone. NO. I have had enough of this episode’s shenanigans and I am going home.

7/10 – This was a rare disappointment for the series. It’s not a bad episode overall, but I’m going to need everyone, especially NANCY FREAKIN’ DREW, to use their noggins a bit more.