When we last left the Drew Crew, Eve had told them that she thought she killed someone. That’s kind of a weird thing to say, because it’s suspiciously vague. Like, first of all, is there a dead person?

There is? Okay, then we’ll start from there. Specifically, we’ll start with the dead person. It’s Anthony, who was Eve’s boyfriend. They were partying on his family’s boat and then dot dot dot, he died. There’s an ellipsis there because Eve claims she doesn’t know how exactly Anthony got all dead. 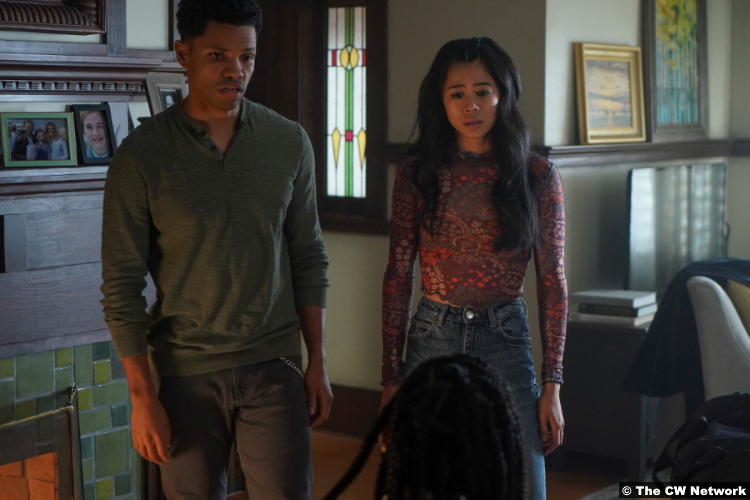 According to her, she lost time. When she came back to herself, Anthony was in the water, tangled up in the boat ropes. Now she’s the chief suspect, so obviously, the next logical step would be to flee the state.

Helping her sort all this out, by the way, are George, Nick, and Bess. George and Nick had a small hiccup when he found out that she’d gone through the soul-splitting ritual without telling him. But they were able to move past, probably because Nick went off and threw footballs for like, a full business day without telling anyone.

Anyway, they’re fine. It’s Bess who concerns me. Once again, as she was with Addy, she’s being surprisingly aggressive with Eve. However, as I’ve noticed before, she sometimes has trouble dealing with her no-no feelings. Rather than face them, she takes it out on someone else. (See also: her grief over Odette manifesting itself in her behavior toward Addy.)

This time, her bad feels are because of Temperance and how she trusted her. She thinks it’s creepy that Temperance is now wearing her daughter’s visage. She also thinks it’s odd that Nancy just seems okay with this. But Nancy has her own worries right now. 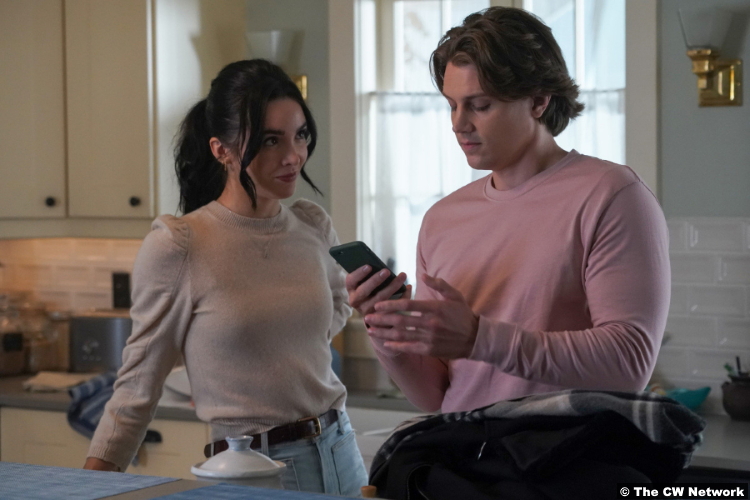 We’ll get back to that in a moment, but first, Eve. Problems with her phone’s assistant prompt Bess to wonder about the passive recordings on Eve’s phone. As you should know, our phones are always listening. Sometimes, they make snippet recordings to improve your Siri or Google Assistant or whatever.

Again, these are short clips, but it’s worth examining. What they find, though, doesn’t look good for Eve. There is a small recording from that night, and it’s Eve arguing with Anthony. Could she have become so enraged that she hit him and/or pushed him off the boat?

No. Despite Bess’s bad cop routine, Eve is innocent. A video on social media, posted by someone else who was out on the water, shows Anthony’s boat in the background. While Eve is tuned out, self-soothing with repetitive behavior, Anthony drunkenly topples off the boat. It was just a tragic accident.

Now that that’s settled, they can deal with the current issue. They realize that Eve’s had this lost time problem ever since the night Nick accidentally killed that boy. She’s never gotten help for it, so Agent Park gives her a list of therapists in Florida he knows.

That, of course, is after his adventures in the Copperhead cage with Nancy. Ace has told them about the recordings he found. However, the recordings are not just a mysterious voice saying “Die.” There are so many other voices–as we all know, the nor’easter is blowing in more souls–that it’s hard to pick out the one they want, which is Charity’s. So Nancy and Agent Park head down to the cage to look for clues. 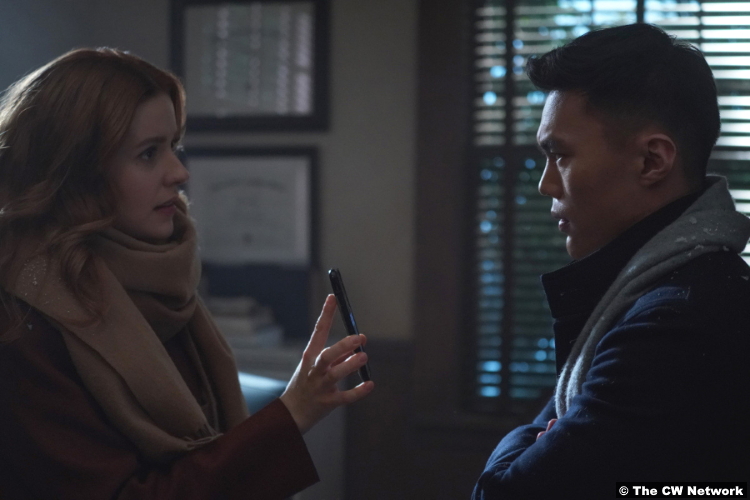 This being that kind of show, they get trapped down there immediately. This might be devastating for the folks who want Ace and Nancy to get together, but it’s great for Agent Park shippers*. Anyway, they end up figuring out the Copperhead’s true goal. Splitting Charity’s soul into pieces wasn’t to keep her mother from finding her. It was all part of a demented love pact, just as Beckett’s turning himself into the Copperhead was. Sure, that makes no sense, but whatever.

The big headline here is that the other soul pieces are inherited. That means that when Beckett splintered Charity’s soul, the pieces went into the nearest (four) people. As they die, the soul splits were then passed on to their descendants. So now all they have to do is find the descendants of people who were at Gettysburg and near Charity. Simple! Uh, except for the fact that Ace is now in a parallel dimension. Luckily, he’s got Hannah, who, as it turns out, is very much not dead.

7.5/10 – This was an improvement over last week, but that Copperhead story is convoluted as heck. (Sorry for the strong language.) Please someone explain to me, a Hot Dummy, why they would split her soul like that. Just so only he could find her? Man, I guess.

*No offense to Agent Park or John Harlan Kim, who is lovely, but Park is too old for Nancy.