This week, Taissa takes the personal revelation that she’s the tree lady with more calm than one might expect. But it’s only an outer calm. She’s not screaming, I mean, but that’s only because I think she’s doing it on the inside. 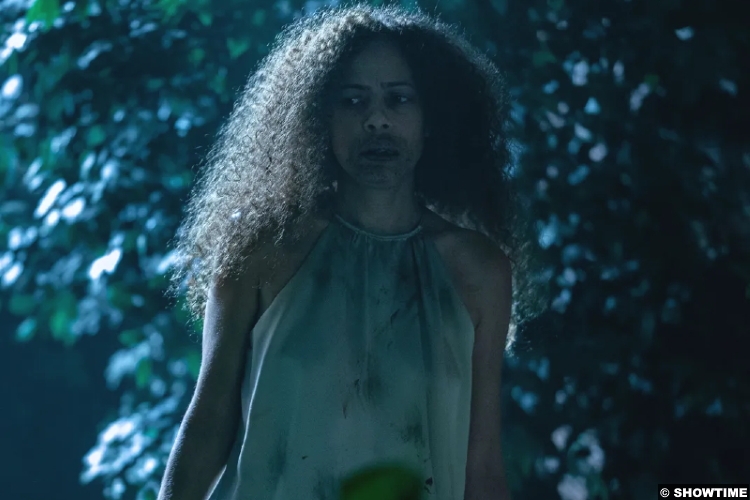 But as we’ve seen before, when it comes to shoving down bad feelings, she’s had a lifetime of practice. So she washes up, keeps her mouth shut, and prepares to drop off the ransom. Of course, though, there are complications.

Nat got the ransom money, but she got it in hundreds. It’s much smaller than Shauna anticipated when she bought a tracker. They solve that problem, though, by stuffing the bag with motel detritus. Now all they have to do is wait. 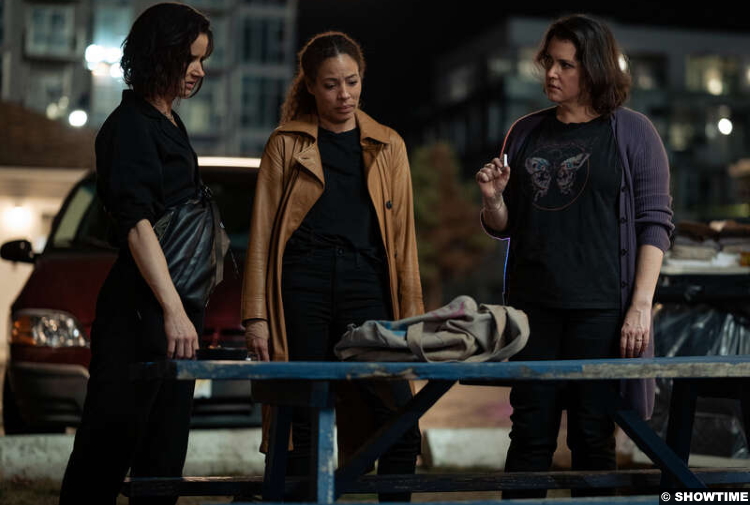 This sequence, with Taissa, Shauna, and Nat waiting in Shauna’s van together, is one of the best of the episode. There is a natural chemistry between the three of them that really shows how and why they were once friends. Yes, they were once closer to other people, and yes, we’re talking about women who ultimately bonded through trauma. But still, these actresses really sell the hell out of the material.

And if they’re doing it, Christina Ricci is doing it times a hundred. Now with Jessica in captivity, Misty’s free to let her extremely freak flag fly. Watching her matter-of-factly inject chocolates with fentanyl (to send to Jessica’s ailing father) really hammers home the fact that she’s a psychopath. She has no fear of consequences.

In fact, she would probably just enjoy the attention and drama. She would take those lemons and make poisoned lemonade, just as she does with the Jessica problem. The reporter easily tells her that Taissa hired her. Hoping for a little quid pro quo, she also tells her that while she didn’t kill Travis, she was at his house before he died. Okay, but what does that mean?

After all, it looks likely that we have two crimes here, the murder of Travis and the blackmail. Is one person responsible for both? Obviously, I have no idea at this point, but I would lean more toward no. (As always, I look forward to being spectacularly wrong.) The murder feels malevolent. The blackmail, on the other hand, just seems opportunistic.

I would think that literally, anyone could be behind it if it weren’t for the postcards with that symbol. It’s that motif that Misty asks Jessica about, for instance. Unless the survivors told others about it, then it would appear that whoever is behind the blackmail is also a survivor.

But we won’t find out this week. In spite of the tracker and their semi-sober vigilance, the women lose the masked man (?) who picks up the ransom. They do give a pretty great chase, though, which, again, is reminiscent of them as teenagers, dominating the field. (Or pitch, if you prefer.) It’s also obviously a reminder that they maybe became hunters. 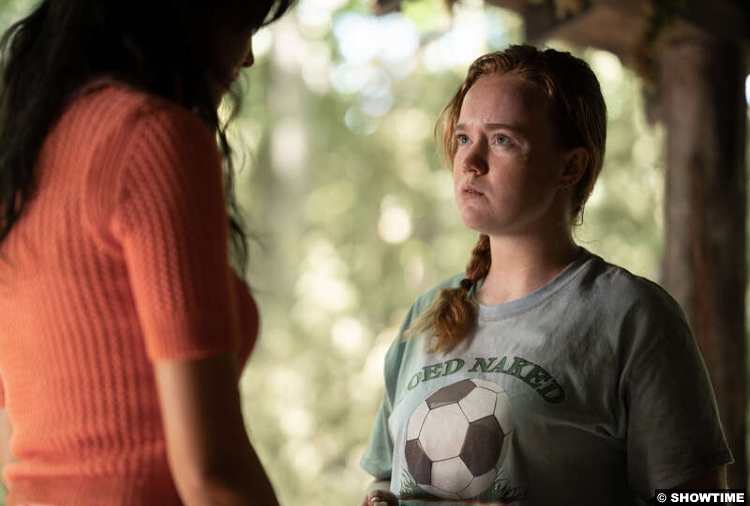 Back in the woods in ’96, though, they’re the hunted. Taissa sets off on her rescue mission, with a crew that includes Van, Misty, Akilah (Keeya King), and Mari (Alexa Barajas). It’s the absolute worst time to go, seasonally, and Lottie is full of warnings about red smoke and bloody rivers, but they really have no choice. They’re too close to starving.

They don’t even make it that far before things start to go wrong. They find Lottie’s bloody stream, for one thing. They’re not sure what’s behind it, but they assume it’s iron, which is making their compass go haywire. But that’s not as bad as it gets. 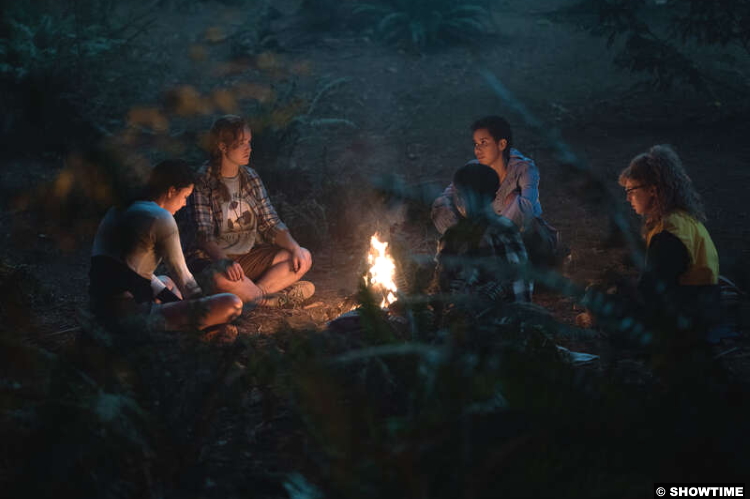 Waking up once more in a tree, Taissa finds herself in a living nightmare. The girls had heard wolf howls before, but now the wolves are upon them. In fact, they’re trying to take someone. Taissa shoots a flare–red smoke–before finally absolutely annihilating a wolf with an ax.

She kills the beast, but she couldn’t save the unlucky Yellowjacket it snatched. And horror of horrors, it’s Van, who might still be alive. That part is unclear, but the part of her face where we can now see through to her jaw? That’s in living color.

9/10 – While this episode was kind of light on action, at least until the end, it’s those smaller character moments that make it really worth watching. Also, looks like Jackie found out who really fathered Shauna’s baby, which should make for some more fracturing next week. Incidentally, she used the word “spill” when she confronted Shauna. (Adult Taissa also uses the word, but she literally just saw it painted on her door.)

This week’s standout track, by the way, was Prodigy’s “Firestarter,” which accompanied the women’s chase scene.