Things were going so well for the crash gang in the woods, until they weren’t. I mean, obviously, it’s not an ideal situation, but they were making the best of it. Then things started to turn.

Having spent so much time together, the girls’ cycles synced. One of them, however, is the odd girl out. Shauna is (apparently) pregnant. As far as her best friend Jackie knows, though, Shauna is a virgin. So this will be quite a miraculous event to explain.

Meanwhile, everyone has settled into a routine. Everyone, that is, except for Jackie. She’s just sitting around fiddling with a Walkman (or its generic equivalent), which is starting to grate on the other girls. They don’t say anything, but Shauna can read a room. So she tells Jackie, not too harshly, that she needs to start pulling her weight. 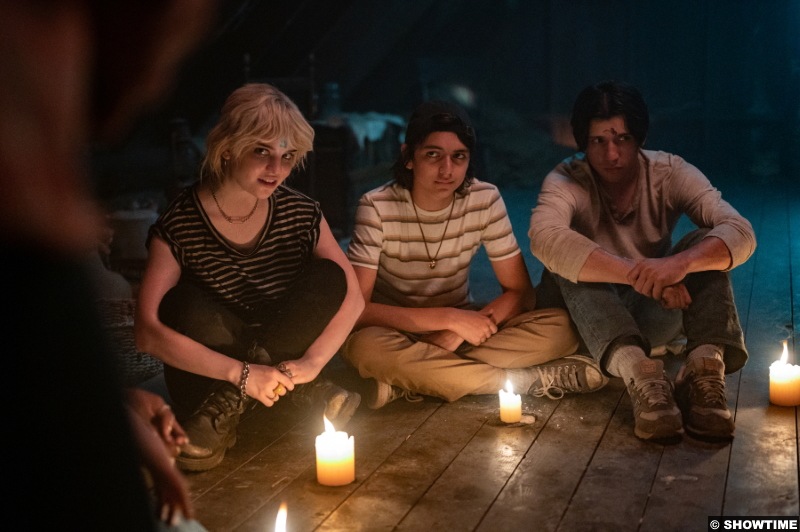 And for some reason, Jackie interprets this to mean that she should hold a séance. Teenage girl brain. (I can say that because I was once a teenage girl. Can’t remember trying to contact the dead, but I saw The Craft more than once, so it’s possible.)

The other prompt for this is the fact that they’re hearing weird noises from the attic space, where, yes, they found a body. Taissa sleeps up there to assuage everyone’s fears, but still. Let’s hold hands and invoke the spirits.

At first, like this adventure, it’s fun. They ask questions like if OJ did it or if they would have won had they not crashed the plane. Then, as I said, things turn. It goes straight to a horror movie, as Lottie appears to be possessed. For one thing, she’s speaking in French, just like a Canadian would. (I can also say this because I’m the only American in a group chat of Canadians. Also, have I mentioned that they crashed in Canada?) It takes Laura Lee (Jane Widdop) lobbing a Bible at her head to make it stop.

Is it something supernatural? Could be. It also just be the fact that Lottie is off her meds. And she has schizophrenia, so they’re serious meds. We can already see her starting to drift, even outside the spooky proceedings in the attic.

Downstairs, by the way, things are just as dire. Coach Ben starts projectile vomiting, for instance, probably because Misty is poisoning him. She’s also been visiting him while he sleeps (and trying to touch him). He finally confronts her about it and she confesses that she has feelings for him. Yiiiiikes.

That would have been my likely response. He, however, is much faster than me. He tells her that he feels the same way, but they can’t act on their feelings until she graduates from high school. They also can’t tell anyone about it. It seems like the perfect way to placate someone as unpredictable and harmful as Misty. 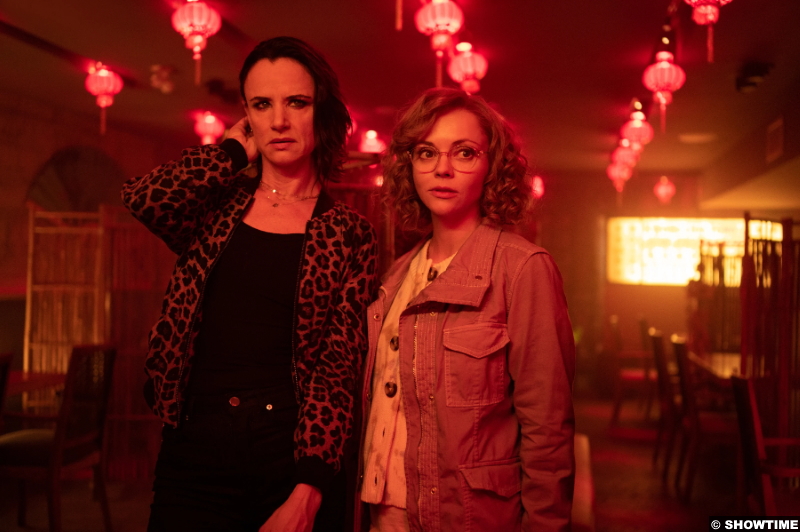 Back in the present, she does help out Nat once Kevin tells her about the autopsy report. Travis didn’t have any drugs in his system, which doesn’t really tell Nat much. So Misty gets one of her citizen detective pals to hack Kevin’s email for the full police report. It’s not pretty.

The autopsy photos, for example, are harrowing for Nat to see. We know that teenage Nat and Travis developed a thing and it appears to have still been there in adulthood. So obviously, it’s hard to look at something like that. But there’s something else they see in photos of the scene.

According to their magic eyes, someone burned candles in a pattern matching the weird stick figure girl. (Boy, do I need another term for that. Also this week, we see that motif carved into the cabin’s attic floor.) The candles are gone, so that would point to someone else being there. The presence of the motif itself would indicate that it’s a fellow survivor.

Or at least, someone who knows what really happened. I have no idea what any of it means, of course. I do think it’s interesting, though, that Nat’s first comment is that Travis didn’t believe in any of it. Any of what?

And speaking of unexplainable stuff, Taissa. I know it’s suspicious that she found that can of red paint under Sammy’s bed, but it doesn’t hold water for me. I just have to make too many assumptions to get to Sammy even having a can of paint, like, maybe they had an extra can of paint for some reason. Maybe Sammy just knows how to open paint cans. And maybe he knows just the perfect cryptic but ominous word (“SPILL”) to paint on their front door. No. 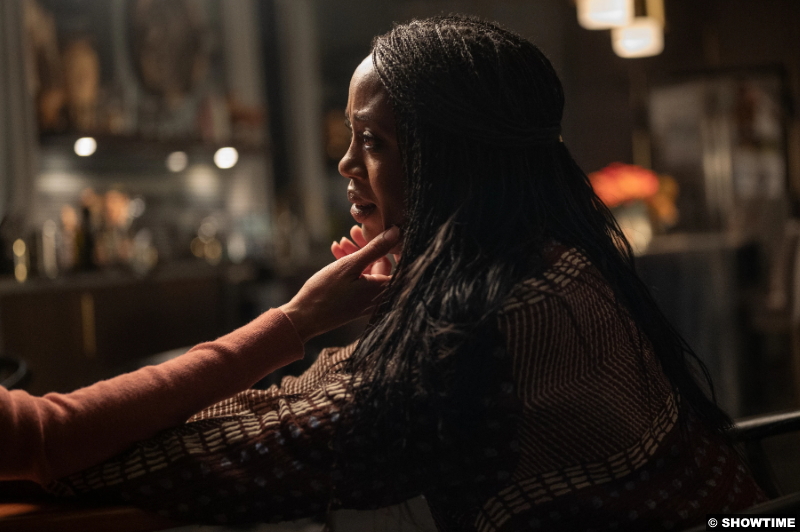 With Taissa seeing the wolf last week and this week, the eyeless man–thanks for that, and Sammy’s previous comment about how she’s “the good one,” I have other thoughts. Like, thoughts about how Taissa is disassociating.

But we’ll have to see. Right now, we have more pressing concerns, like how someone is trying to blackmail the group. Who could it be? And in other questions, what is Adam up to? Is he Javi? Is he someone else connected to the crash? Or are we just being lured into the forest, but we can’t see it for the trees?

8/10 – This was definitely an improvement on last week’s episode. Things felt a lot more energetic and it actually felt like we were learning things, although I still feel as confused as ever.

Also, Redhanded‘s newest episode is about Casey Anthony. While I was watching this episode, I kept thinking about how Casey told the police that among the people she had told about her daughter’s disappearance was her coworker Juliette Lewis. And how seemingly none of the cops were like, “Like the actress?”