In keeping with our other character-focused episodes, this week we get our Natalie episode. And like the other gals before her, she already had her share of issues before the plane hit the trees.

I would say, though, that Nat arguably had it the worst. At least so far. In a flashback to her teen years, we learn two things. Number one, Kevyn has been in love with her since their teen years. We already kind of knew that from last week, though, so that’s more like confirmation. 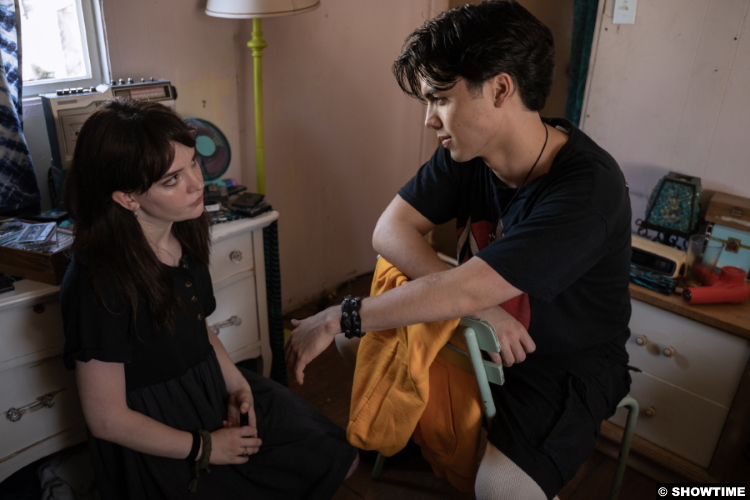 And number two, Nat grew up in an abusive home. Her mother, just as much a victim, is mostly a silent presence. It’s her father who’s the real problem. Not only does he fly into a rage when he finds Kevyn (Sean Martin Savoy) in Nat’s bedroom, but he’s more than just loud. He’s also physically abusive.

In fact, it’s one of these times–when he’s beating both Nat and her mother–that haunts Nat the most. I guess she’d been pushed to her breaking point, because she grabs her dad’s gun. She forgets to take off the safety, though, so he gets it away from her.

As he’s walking away from their trailer, still with the gun in his hand, he mocks her. She must still be full of adrenaline, though, because she keeps yelling. When he turns back, he trips, and accidentally blows off half his face. Just like that, he’s gone.

This is clearly a significant moment, not only because of the obvious, that Nat watched her father die. But it’s also important because it’s what comes to her as the plane is going down. She sees her father sitting in the seat next to her. 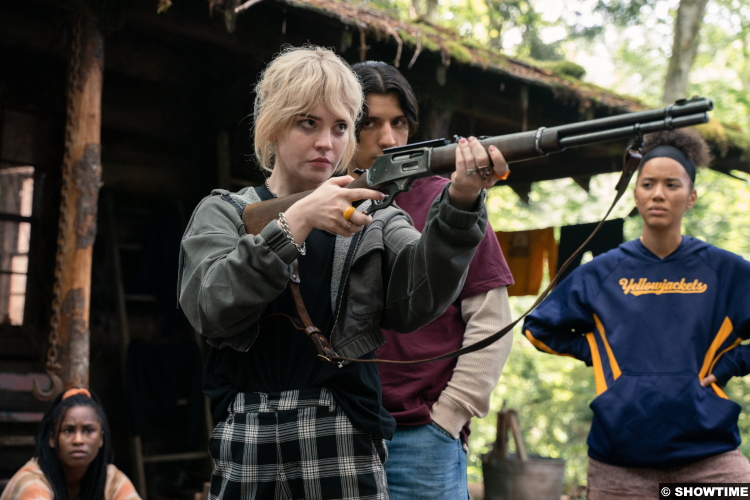 I’m sure that’s why she’s so shaky with the gun afterward. Having exhausted their already meager food supply, the survivors realize they’ll have to hunt if they have any chance of remaining survivors. None of them are hunters, though.

I mean, you can tell that when Travis, for instance, tries to shoot a squirrel. Even if he hit it, which he did not, it probably wouldn’t have enough meat for one person, let alone the entire group. (I myself am not a hunter, but if you google my father, a news story about his hunting prowess is like, the third result. Therefore I feel educated enough to comment.)

Luckily for them, though, Coach Ben actually grew up deer hunting. The first key to deer hunting, however, is stealth. You can’t exactly be stealthy when you’re still adjusting to your leg amputation. So he’ll have to teach the kids how to do it.

It ends up being Nat and Travis whom he tasks with hunting their food. Travis is being really hard on Nat, for some reason. I mean, obviously, he just lost his father, but he doesn’t seem to be as mean to the other girls.

They end up reconciling, though, when she helps him dig his father back up so he can retrieve a family ring. It’s morbid, yes, but he just wants something to give to Javi. He wants something they can keep. 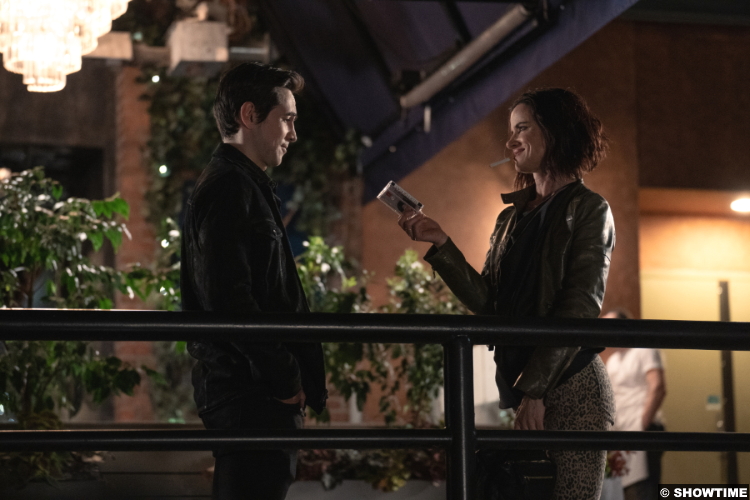 Back in modern times, Nat goes out to dinner with Kevyn. It’s unclear how she really feels about him, but the date seems like an excuse to get more info on Travis’s death. It works, though, as he promises to look into it. Meanwhile, Misty is spying on their date, having brought a resident from the nursing home out for a drink. (The lady’s comment that Misty reminds her of her granddaughter because no one likes her, either, is hilarious.)

Misty isn’t the only spy at the dinner, though. Reporter Jessica is also there. Taissa must be really worried. And she should be, because, like the rest of the ladies, her life is in shambles. Her son is still acting weird, for one thing.

And for another, she’s having hallucinations at the very important party she attends. It’s important because she’s there to meet a woman with big pockets, which is critical for the campaign. However, it’s already difficult because again, Taissa is seeing things, like a wolf. 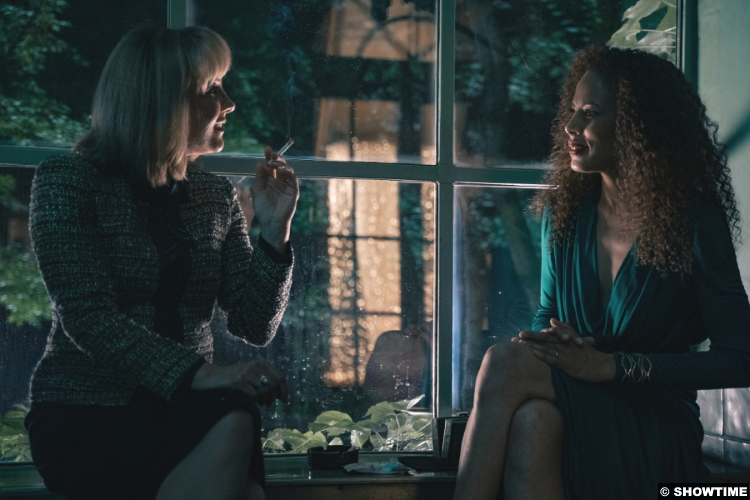 But it gets worse when she actually talks to the woman (Lauren K. Robek). At first, they really hit it off. Then the woman makes it clear that her support is dependent on Taissa telling her the real story of what happened in the woods. Taissa won’t give her that, won’t trade the darkest moments of her life even for the thing she wants most. It would be admirable, at least if it weren’t in service of covering up something probably really bad.

Something, for example, like what happened to Jackie. I don’t know if she died, but the fact that her teenage self is appearing to Shauna doesn’t bode well for her survival. And on that note, Shauna is still indulging her own teenage self. Adam is her sidekick for this, by the way, and if he isn’t grown-up Javi, the show sure is trying to trick us into thinking he is.

8/10 – Yes, we are still no closer to knowing what went wrong in those woods, but I’m enjoying the tension for now.

And I forgot to mention last week my favorite song from the episode. I didn’t really notice any of them, besides “Dreams” by The Cranberries (RIP, Dolores O’Riordan). This week, though, I’ll pick “So Alive” by Love and Rockets.

Also, I mentioned last week that the cabin must have some link to humanity. It does and unfortunately, it’s a plane. I don’t suppose Coach Ben knows how to fly, does he?