It’s unclear yet how they’re going to tell the parallel stories on this show. However, we get a possible hint this week. It seems as if we’re going to get general glimpses of both stories while the show also focuses more closely on a specific character. This week, it’s Misty.

Like I said last week, Natalie (and her gun) was intent on going after the women. However, Natalie may not have planned to go after all of the women. She may have just set her sights on Misty, whom she ambushes when Misty is returning home with a date she guilted into staying. It seems that someone sent Natalie a postcard with a strange symbol on it. It’s a stick girl with what looks like another line going through her side. Clearly, this image is reminiscent of the girl we saw trapped in the first episode. 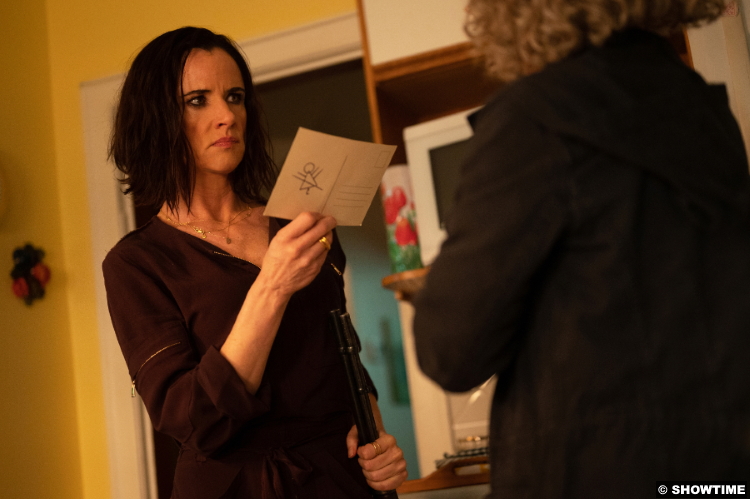 Misty denies sending the postcard, because she got one, too. When she points out that the sender used an internet service to mail the cards, Natalie retorts that Misty could have just sent one to herself. Misty again dismisses that as a possibility, since she’s been trying to solve the mystery. Apparently, she’s part of a web sleuthing community, because of course, she is.

In flashbacks, we see that she was quick to jump into action after the crash. She’d taken a babysitting safety course (twice), so she’s got a basic understanding of first aid. Still, though, there’s already something unsettling about her and the way she goes about her work. Like, when they pry up the piece of fuselage pinning down Assistant Coach Ben (Steven Krueger)’s leg and see that his leg is just, for a lack of a less descriptive image, shredded meat?

Misty immediately chops it off. There’s a grim necessity to the things she does, but there’s also something that feels like glee. But maybe I’m just reading into it because of the picture I have of her so far. (It’s this one.) 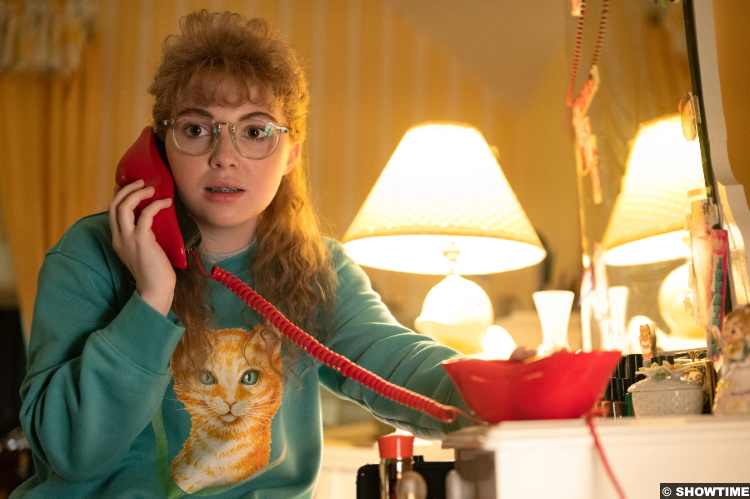 And Lord knows, the rest of the girls are in no condition to take charge. Someone needs to, because as far as we can tell, all the adults are out of commission–dead or…just had their lower leg amputated. One pilot is dead, one is missing, and Coach Martinez (Carlos Sanz) was ejected from the plane before it crashed. His son Travis (Kevin Alves) saw that. In this episode, he finds his body, lodged in a tree. (Note: the stick lady symbol is carved into that tree.)

Back in these modern times, Misty tells Natalie that she’s found Travis. But when Nat calls him, he ducks her calls. Kevyn (Alex Wyndham), another friend from her teenage years, does seem to want to talk to Natalie. But he’s now a detective, so they might want to avoid him right now. I’m just saying, because they obviously did something bad. 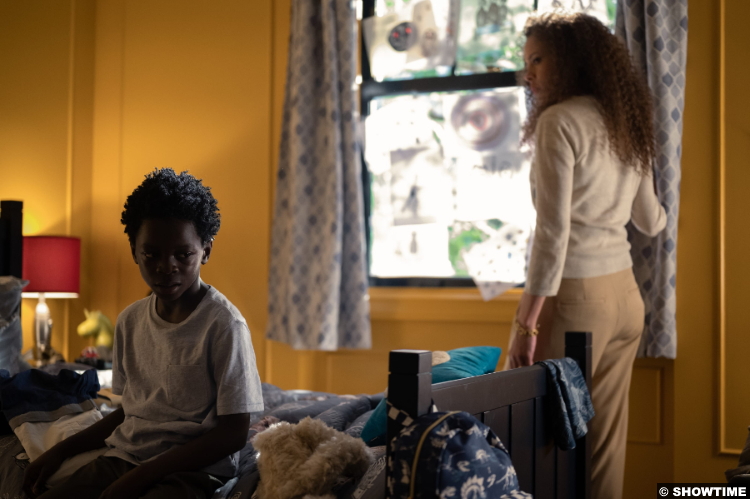 Anyway, Natalie heads off on a road trip to look for Travis, while Misty invites herself along. At the same time, Shauna’s life hasn’t gotten any more fulfilling. Her teenage daughter, Callie (Sarah Desjardins), is still a pill, for instance, to a degree that feels cartoonish. I sometimes have this problem when I’m reading mystery/thriller books where I’m far too Southern for the behavior of the teenage characters. Like, my parents would have hurled me into next week if I spoke to them like some of these kid characters do. But I digress.

We don’t know if Shauna got a postcard, but Taissa did. And while at first glance, she doesn’t seem to have the same kind of home problems as Shauna, there’s something not right here. For example, her wife Simone (Rukiya Bernard) tells her that their son, Sammy (Aiden Stoxx), is having trouble at school. Taissa brushes it off, but, uh, he’s also seeing a lady outside his window, according to him. That seems important. (Also, I missed last week that Taissa’s campaign language says something about leading voters out of the “wilderness,” which is interesting.) 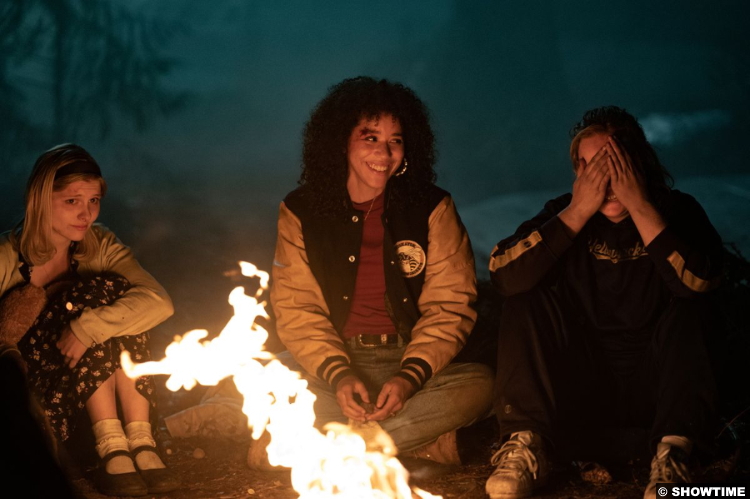 Shauna does get into a fender bender with Adam (Peter Gadiot). There’s a weird energy to the scene between them, which includes the fact that she wrote his number on her arm, as a teenager would. She turns him down when he invites her to dinner, though.

Back in 1996, the girls laugh around a fire, as they assume that someone will be coming to rescue them any minute now. After all, the flight recorder must have some kind of trouble beacon. And it does, or it did, at least until Misty destroyed it. Only 19 more months to go. 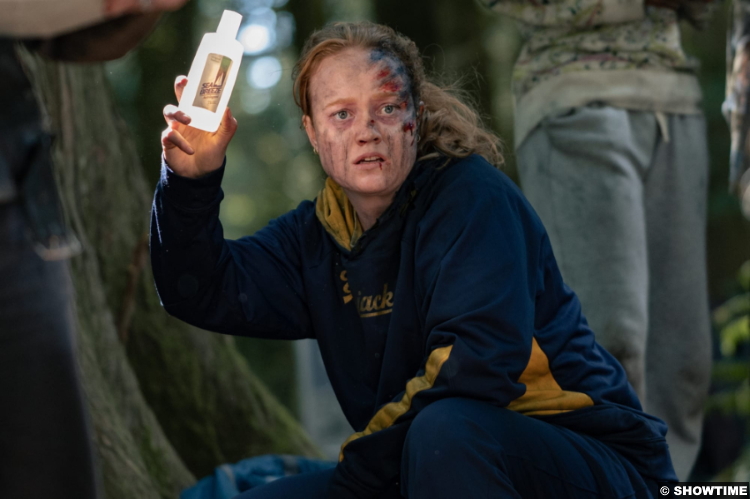 8/10 – So who is sending the postcards? Likely candidates for me at this point are either Jackie or Van, whom Jackie forced Shauna to abandon in the burning plane. That would certainly sour me on our future relationship.

Last week, I, a 90s b-word, forgot to mention that the show’s soundtrack slaps. To remedy that, I will be naming my favorite song in each episode. For the pilot, it was PJ Harvey’s “Down By the Water.” This week it’s “Glory Box” by Portishead.