Boy, it’s been a long time (figuratively) since the beginning of the series. Now, instead of fighting over a man, Jenny and Cassie are fighting over who’s going to take a bullet for the other one. Jenny actually did take one, so it’s Cassie’s turn to put herself in danger.

They are exactly where we left them last time, by the way: dodging gunfire from Donno. Fortunately for them, Ren needs his help at Deputy Harvey’s cabin, because she’s discovered something unsettling. The deputy isn’t there. 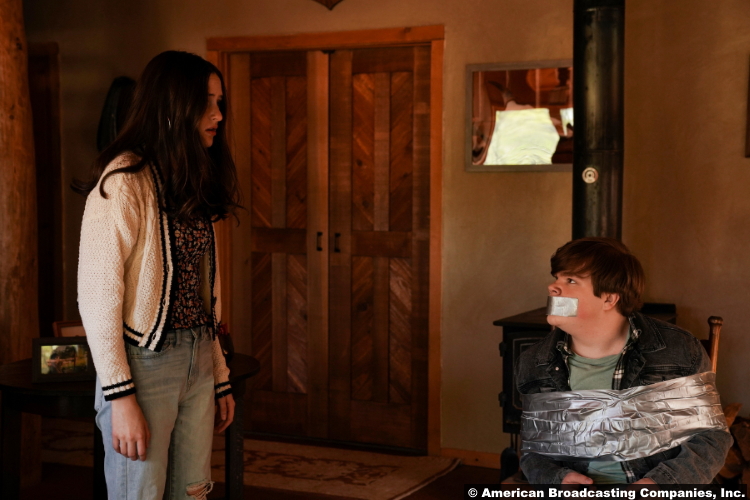 Of course, we know that’s because he’s following Madison into the woods, where the bags (of drugs and money) are. Harper secretly trails them, while Max frees Bridger. It’s working pretty well for the kids, at least until Harvey gets fed up. With all four of them in the woods with him, they offer just an even trade. But again, he’s fed up and thus, not inclined to trust them.

It’s a tense stand-off until Creary (Ryan de Quintal), that creepy dude who’s been following the kids, comes out of nowhere and tackles Harvey. They struggle and Harvey stabs Creary in the leg, but Creary prevails, shooting Harvey in the leg. And I was feeling good about the kids for a minute, but I went back to thinking they were dumb as heck as they just stand there, watching the men tussle. They don’t move, in fact, until Creary tells them to run. Related, who is he and what does he have to do with anything?

We don’t know that yet, but with Harvey dead, the state is taking over the case. Jenny rages about that and then I get annoyed when Sheriff Tubb threatens her with suspension. Uh, you literally just cajoled her into rejoining the force. You have to know what she’s like, so I don’t know why you’re reacting like this, especially when there’s a very simple explanation. As Harvey was a Lochsa County deputy, Lochsa County can’t investigate his murder.

But Jenny’s striking out everywhere this week. She’s convinced that Dietrich has something to do with all of this, so she goes to press Travis about it. Travis, now sporting a (Southern?) accent I have heretofore never noticed, gets upset with her, too. He feels like she’s using him, just buttering him up to pump him for info. And it’s about this time that Jenny decides that she likes him like him, to which I can say only, girl, I GUESS. 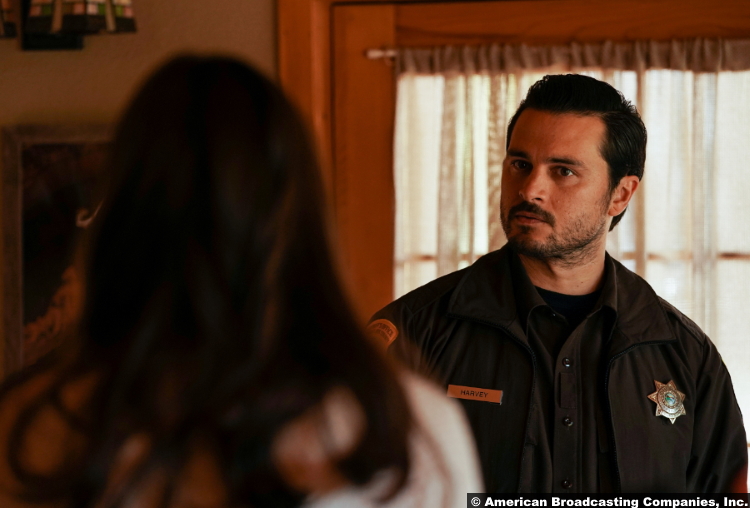 Maybe I just don’t get the relationship dynamics on this show. Because Lindor hit on Cassie, right? He asked her out? I didn’t dream that? I ask those questions because he and Jerrie kissed the last time we saw them. And I chalked that up to emotions running wild, adrenaline, etc. But this week, after Jerrie’s very estranged father (Jeff Kober*) tells her that her also estranged mother is dying, Jerrie leaves town to go visit her. Before she goes, though, she asks Lindor if there ever could have been something between them, and he kisses her again. What is happening?!

That’s probably the only question I need to be asking, because it seems that I also slightly misunderstood the machinations of Wolf. It’s hard for me to believe that I missed this, considering I know what kind of snake his brother was, but here we are. Anyway, Wolf’s motivations aren’t as altruistic as they may have seemed. I know, weird, right? I mean, yes, I knew he was keeping Scarlet and Ronald hostage, while Scarlet’s child is just…somewhere, but I figured he had his reasons.

Well, he does, but they’re more self-serving than I assumed. He wants Ronald to confess to…everything, I guess, which will remove a bit of the stain from the Legarski name. This may come as a shock, but Rick Legarski’s exploits did not exactly increase Wolf’s book sales. 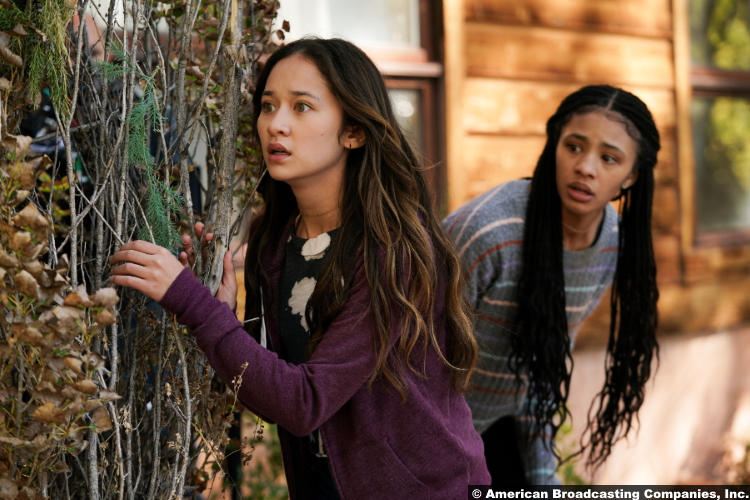 In other self-serving news, Tonya has gotten over the whole kidnapping thing really quickly and now wants in. She knows what kind of money her boyfriend made, and she wants to make some of that, too. She’d better hope she doesn’t get caught up in whatever fallout is coming, though. After all, Ren spoke to her brother Jag (Vinny Chhibber) and he advised her just to kill ’em all and let God sort ’em out. But I mean, they’re a drug cartel, so that’s kind of the expected response.

And speaking of drug kingpins, Dietrich. For some reason, maybe because they’re hammered, Cassie and Jenny decide it’s a good idea to spy on Dietrich at the bar where they are, again, getting hammered. Unsurprisingly, Smiley (Michael Tomsu), one of Dietrich’s guys, spots them (probably immediately). Jenny gets into a fight with him, which draws Dietrich’s attention.

Cassie has a gun, but that doesn’t really matter, because Travis appears out of nowhere with his gun trained on her, and then he tells Dietrich that the women are cops. I would say that Jenny made the dumbest moves this week, but then Max tells her mom about the truck accident. And although she swears not to, I would say that it’s t-minus one week until Mom tells T-Lock.

7/10 – While this episode passed quickly–I blinked and 48 minutes had passed–there was a lot of nonsensical goings-on this week. Like, the chaos at the cabin–neither Harvey nor the kids heard all that gunfire? Or Jenny’s whole thing in this episode. She’s always been a risk-taker, but she hasn’t ever seemed as reckless as she did this week. At least I have Jerrie and Lindor, WHO STILL MAKES MIX CDS, even if I don’t understand them. (It’d better not be leading to some love triangle hogwash, though.)

*If you’re wondering where you’ve seen him before, then it could be any number of things: Buffy the Vampire Slayer, Sons of Anarchy, and The Walking Dead, for instance.