REVIEW: Malignant is maybe the cheesiest movie I’ve ever enjoyed

Malignant is the kind of movie whose creator, James Wan, only discovered what it was as it was being made. It started out as a straight horror movie, the kind of “supernatural presence haunts a helpless lady in a house she refuses to leave” cliche-ridden nothingburger that’s been made a dozen times in the past decade or so. Then, as if realizing how formulaic and boring it was, Wan—a director too good to settle for something so banal—decided to embrace the stupidity, lean into it all the way, and just go balls to the wall insane in its third act. 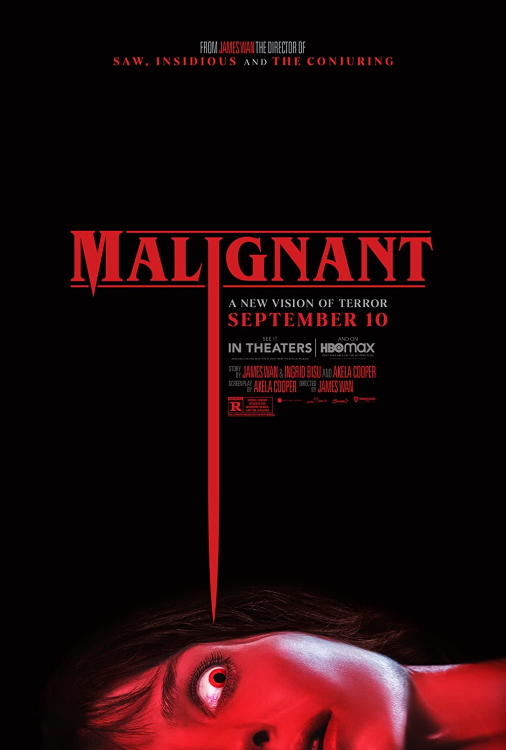 This is, without question, the most hilariously over-the-top, schlocky, silly, ridiculously dumb movie I ever enjoyed. It is terribly acted, the dialogue is remarkably atrocious, there are no frightening moments, the music totally kills the mood in every scene…and yet, I laughed and enjoyed it in spite of itself, especially in the second half. I don’t know if I was supposed to laugh at it. Despite the tongue-in-cheek opening paragraph, I don’t really know if James Wan realized he was making schlock and just decided to go full bore with it, but if he did bravo. If not, I am very very sorry; if he thought this movie was a legit horror movie akin to his earlier works (The Conjuring, Insidious) he was tremendously mistaken. This movie will not scare you, certainly not after the first act, which might as well belong to an entirely different movie, one which was still operating under the foolhardy notion that it was a traditional horror film. 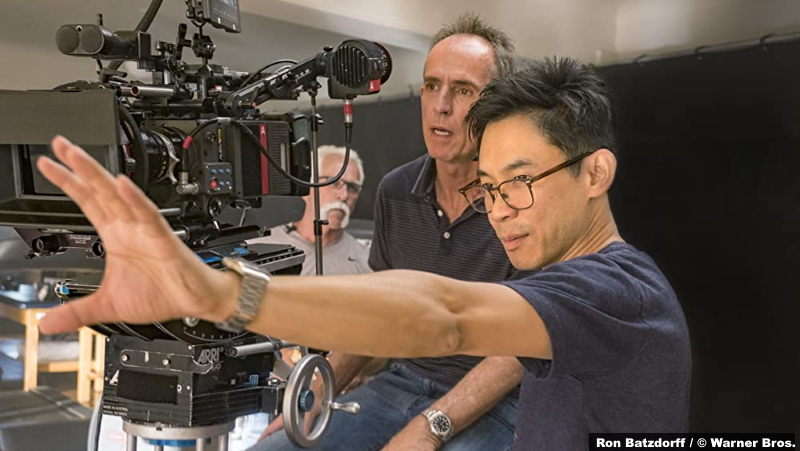 So that’s the beginning of my review. I don’t know what else to say so I’ll just toss out some stray thoughts.

First, this is a movie that will be adored on home video/streaming. It’s a WB release, which means it’s on HBO Max right now. I’m telling you, if you have friends who love horror movies, and who aren’t too uptight about them, get them all together, turn off the lights, and watch this as a group. This is the perfect party movie; you will laugh till you cry, especially in the final half-hour.

Second, this movie is so horribly acted at times it feels like a parody film. James Wan has a specific set of skills as a filmmaker: He’s incredible at staging a shot, using the camera, and maintaining a tight pace that never lets a scene drag. But he’s not a director who’s going to draw a great performance out of a mediocre actor. The quality of the acting in his movies is dependent on the quality of the actor. When he’s shooting Lin Shaye, Patrick Wilson, or Vera Farmiga you can expect some good acting. This movie lacks a Patrick Wilson. These are D-list actors and it shows. When they need to be scared, it’s fine. When they have to be dramatic, it’s cringy. When they’re asked to work in an intense scene (cops at a crime scene, a person who feels wrongly imprisoned, etc) it’s hilariously cheesy and overacted. This is high school drama production level acting, and the movie suffers for it in the first two acts, but things get so bananas in act three you will totally stop caring. 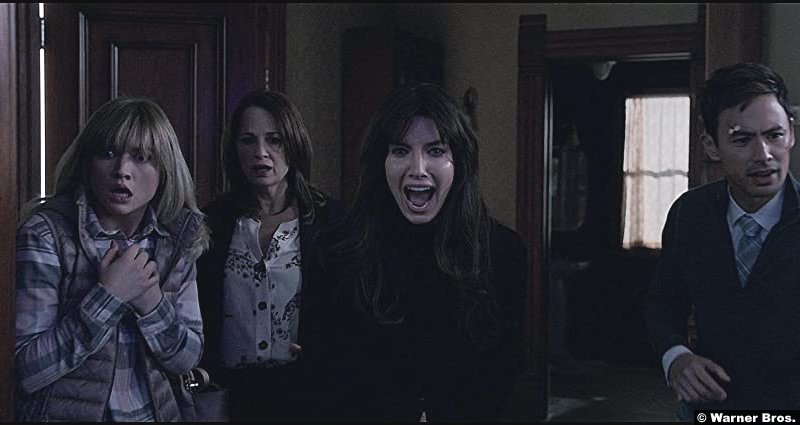 Third, the movie can be broken into three distinct acts, each of which has its own problem and its own virtue. In act one, the movie is a paint-by-numbers horror film. What hurts it is the blandness and sameness of it all. Where it excels is in James Wan’s veteran skill: He does some brilliant things with the camera here. In act two, the movie is a murder mystery procedural, with the middle of the movie devoted to a series of murders committed by the film’s mysterious antagonist. The first one, maybe two, work well enough, but by the time we get to murder three, it’s all very tired and played out. That’s one flaw. The other is the fact that the basic gist of the “twist” is probably going to be guessed by the audience. That’s another flaw. Where it works is the fact that enough details about that twist aren’t going to be understood but enough bread crumbs are found along the way to keep you guessing and engaged to try and unravel the mystery.

In act three…holy cow I don’t even know where to begin. No spoilers here because this is one movie that you’ll do yourself a massive favor by going in without any prior knowledge. That said, there’s one scene where the mystery is revealed and it marks the turning point of the movie, where it goes from “horror movie that’s trying its best” to “1980s schlock that embraces the insanity.” At that point, the weaknesses of the first two acts, particularly in the acting and writing department, are still very much present, but they are drowned out amidst a wave of gory, over-the-top violence, and ear-blasting techno music.

I’m still left with questions and maybe they’ll be answered with repeat viewings, I don’t know. I do know, despite how poor the acting and screenplay are here, I will definitely be viewing it again. Every now and then a movie comes along that defies everything I need for it to be highly rated: Malignant is woefully acted and its screenplay is a mess and a half. Those are the two things—realistic dialogue and a coherent screenplay—I value above all else in a movie. And yet, I can’t help but admire how fully James Wan “went for it,” and seemingly embraced the stupidity with a balls-to-the-wall ridiculous third act. It was so horrible it circled around to being awesome.

At the end of the day, Malignant is the most over-the-top, insane, schlocky, 1980s throwback “horror” movie I’ve enjoyed in ages.

8/10 – Recommended with caveats; see the movie if you’re prepared to first laugh at a film and then laugh with it once it realizes what a joke it actually is. 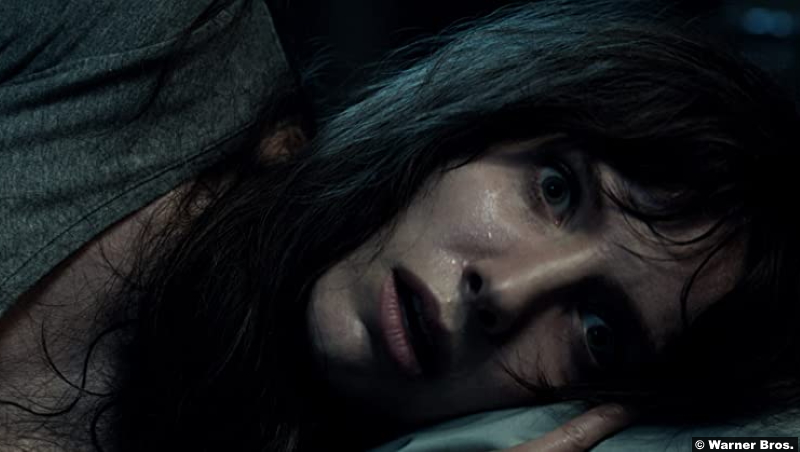