As far as streamers go, Netflix has been dominating the teen market, whether it’s with shows like Chilling Adventures of Sabrina or movies like To All the Boys I’ve Loved Before. Not to be outdone, though, Amazon is dipping a toe into the market with their adaptation of Lauren Oliver’s Panic. 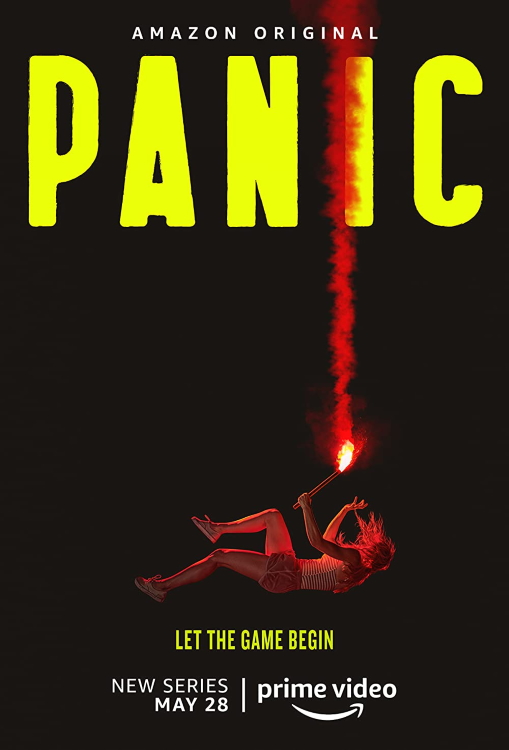 But while Panic is an adaptation, it’s a loose one. That’s not me covering up for the fact that I don’t really recall the finer details of the book’s plot. (According to Goodreads, I read it 6 years ago; please let me know peace.) They made some bold changes. But did it work?

Well, before we get into that, I should probably tell you what it’s all about. Panic takes place in small-town Texas, specifically a town called Carp. The Texas part doesn’t matter that much, but the small town does. Carp could be a thousand other cities in the United States and I don’t mean that positively. You know “Small Town” by John Mellencamp? It’s like that–a place where there’s “little opportunity.” 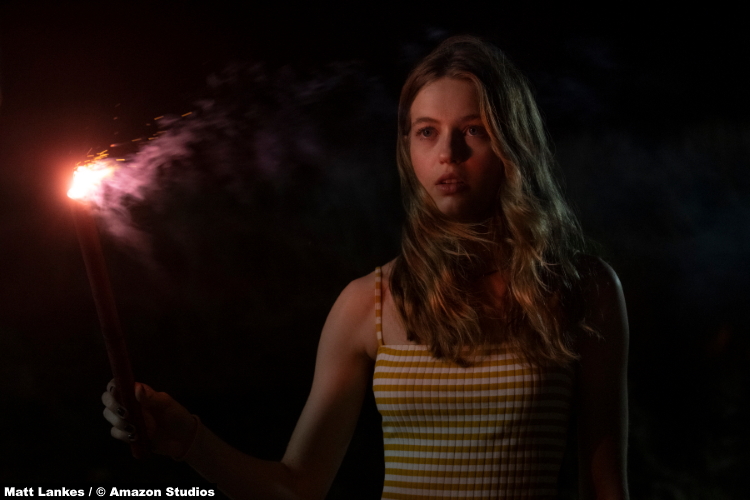 It’s a place that kids dream of escaping. Kids, in fact, like senior Heather Nill (Olivia Welch). She doesn’t really care what she does after high school, as long as it takes her out of Carp. You need money to do that, though, and that’s something she doesn’t really have, especially after her mother raids her savings to pay for car repairs.

However, there is a possibility her luck will change. There is, after all, Panic. What’s that? Well, it’s a game that the high school graduates play every year after school ends. No one knows who runs it, no one knows how it started, but everyone knows it ends in a cash prize. This year, it’s $50,000. 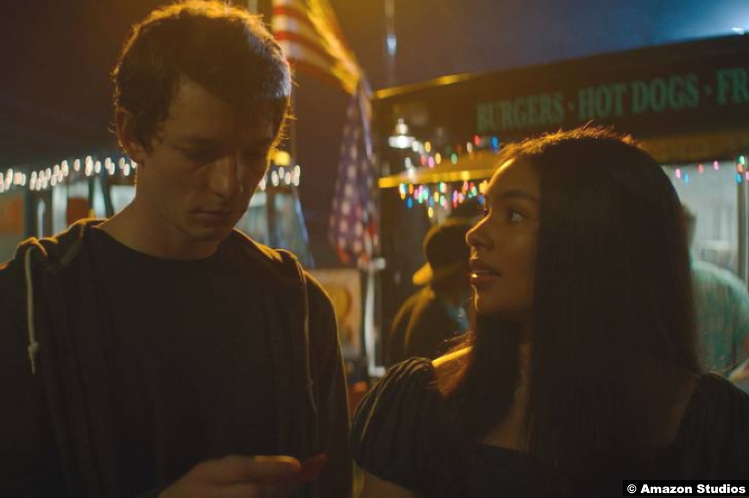 As you should be able to predict, though, a game called Panic isn’t easy. It’s not a series of scavenger hunts or a bean bag toss or whatever. Instead, it starts off risky and just gets more difficult as participants continue. They tell us right away, for instance, about two past participants who died playing the game. One died in a round of Russian roulette and the other died while trying to cross a highway blindfolded. I award that a full five yikes.

Heather’s not even going to play the game because she’s a big ol’ scaredy-cat. But then she loses that chunk of change for the transmission, so she has no choice, especially if she wants to make it out of Carp and soon. That means she has to compete against her fellow grads, including her best friend Natalie (Jessica Sula), Local Bad Boy™ Ray (Ray Nicholson), and mysterious new kid Dodge (Mike Faist), among others. 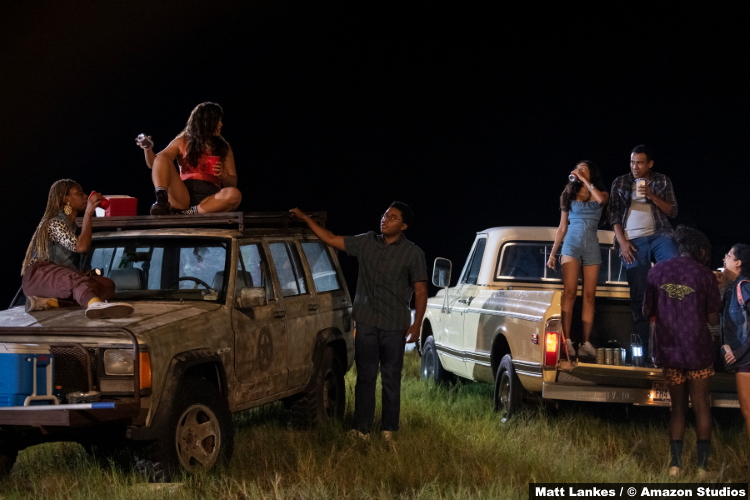 And as they all play the game, things get more complicated. But it’s not just the game itself and its challenges. There are other mysteries to unravel in this little stretch of Nowheresville, Texas. There’s also a tiger.

Incidentally, that’s one of the things I liked about the adaptation the most–uh, the mystery, not the tiger (definitely not). Adding in the mystery element gives us somewhere else to go. That’s because a book can exist in one character’s headspace much easier than a TV show or movie can. They can, yes, but it can often be dull to watch.

And this is a show that’s not dull to watch. It wasn’t that thrilling overall for me, but it was suspenseful. I got invested in the mystery. I realize, by the way, that I’m being very vague about that mystery. I’m trying to avoid spoilers, FYI. 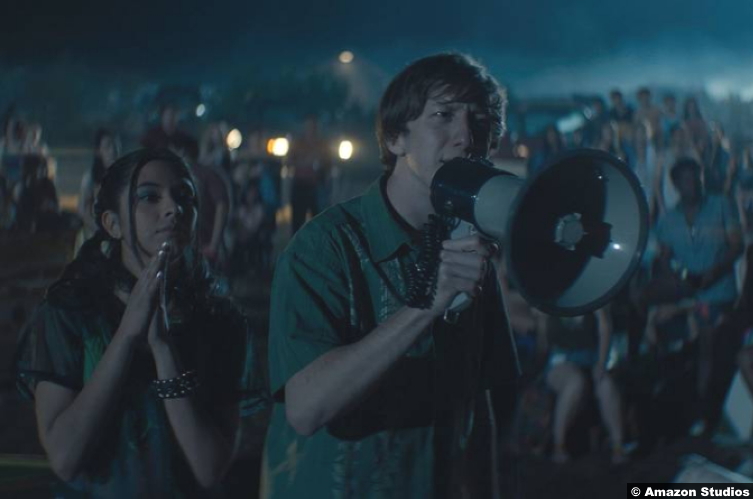 Anyway, I also liked that Carp and its inhabitants felt real. I think moving Carp from New York (in the book) to the South…ish* was smart. But maybe that’s because I’m less familiar with small-town New York than I am with a small town that’s (geographically) southern. In any case, these characters felt like real people. Maybe it was all the smoking. Or maybe it’s that the poor characters wore clothes that looked cheap. (In contrast, I’m thinking of a certain show whose poorest character wears $300 sweaters.)

Believability is actually the key to this show, though. Because, if there’s a downside to the show, besides the least believable tiger I’ve ever seen in my life, then it’s the plausibility of certain elements. If you sat down and really thought about it, then I’m sure the plot would collapse in on itself. But the show never gets boring enough for you to do that.

8/10 – Panic grounds its somewhat ridiculous plot in a realistic portrait of small-town Americana.

*As that article suggests, there is a lot of debate over what states actually constitute the American South. As a Local Southerner™, my hottest take is that the South is actually only 6.5 states and Texas is not one of them. I will not name the states at this time, and no, I do not take criticism.