Big Sky returns this week just as Clarice goes on hiatus again. Why am I mentioning Clarice? Well, it should be obvious. Brooke Smith, who played Catherine Martin in Silence of the Lambs, is on this show. And now Ted Levine, who, of course, played Buffalo Bill/Jame Gumb, is on this show, too.

He’s playing Horst Kleinsasser, the rigid patriarch of a Helena-based ranching family. But before I get into their story, let’s go back to our original one. As you might recall, Ronald was in the wind the last time we were here. 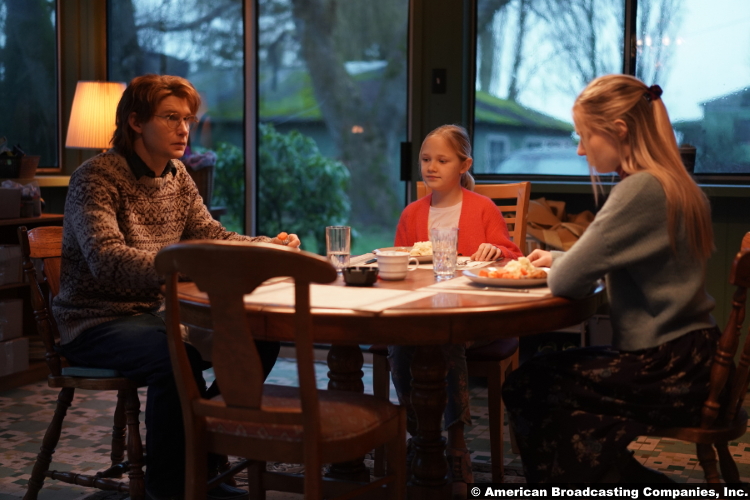 Well, that’s still happening. It’s 3 months later, but Ronald is already shacked up with a woman, Scarlet (Anja Savcic), and her daughter Phoebe (Zoë Noelle Baker). And if you thought the dark buzzcut wasn’t a good look for him, then you should get a load of the new ‘do he’s sporting. He looks like a lost member of Kajagoogoo. US Marshal Frank Lindor (Omar Metwally) is now on his trail, though, and seems to have figured out a way to get to him. Ronald, alias Arthur, is visiting his mother’s grave, as dangerous as that is for him. So Frank leaves a note there that reads like it’s from Helen.

Cassie and Jenny haven’t given up on finding Ronald, of course, but with basically no leads, they’ve had to go back to regular private investigative work. And of course, that’s usually nothing more interesting than repos and following possibly unfaithful spouses. They’re doing the latter when they stumble into something slightly bigger. 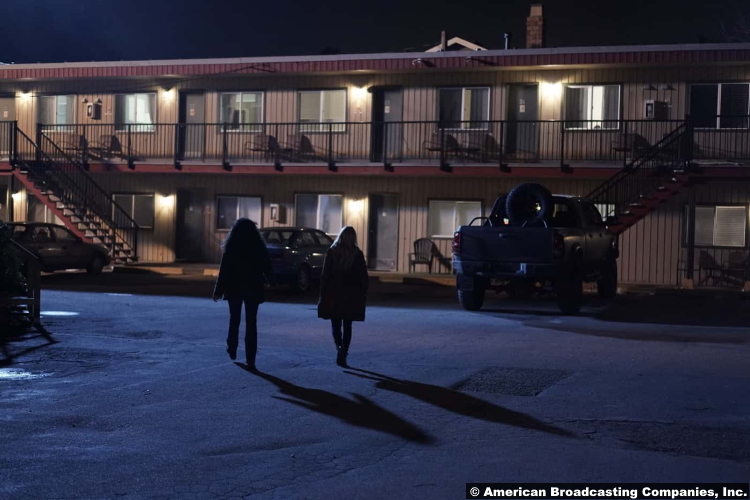 The target spouse, Alan, isn’t cheating on his wife, but he is up to no good. He’s selling something to two other guys who definitely don’t look like they’re into anything wholesome. Actually, the whole thing turns out to be an underground horse insemination scheme, which I will thank you not to make me discuss further. Anyway, it ends with Alan safe, and both of the other guys dead.

Whether that will end up being something in the future is still unknown. At present, though, Jenny gets a call from her old boyfriend, Blake Kleinsasser (Michael Raymond-James), who’s in jail. He’s been accused of beating a woman, but he claims that he’s innocent. He also claims that he blacked out, and thus, has no memory of what actually happened that night. Nevertheless, Jenny agrees to look into it, and Cassie comes with her. 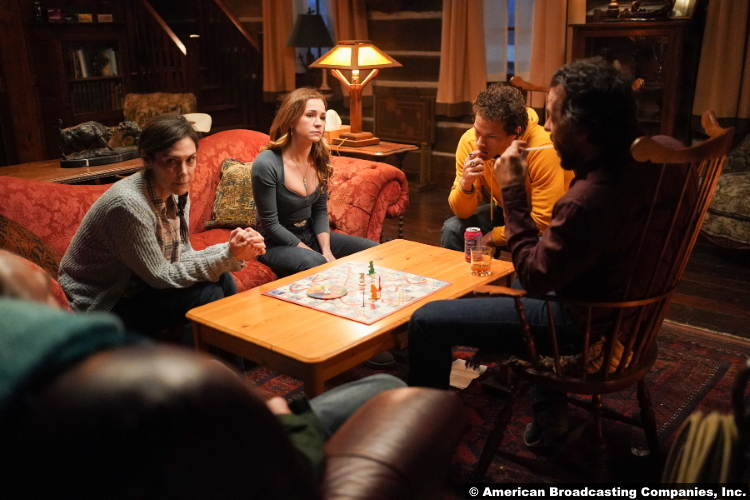 At the same time, we meet the other members of the Kleinsasser family. Besides Horst and Blake, there’s mom Margaret (Michelle Forbes), sons John Wayne (Kyle Schmid) and Rand (Ryan Dorsey), and Cheyenne (Britt Robertson), the only daughter. There’s a lot of weird tension in this family. It’s partly a clear power struggle over who will inherit the ranch, especially with Horst’s shaky health. But there are other forces at work here, too. Rand, for instance, seems to be…unwell.

But even beyond that, there’s something else going on with this family and this town. It’s no big surprise when the local sheriff, Wagy (Sebastian Roché), seems disinterested in opening his files to Cassie and Jenny. But why are the Kleinsassers, at least Horst and his sons, so resistant to the women helping Blake? Meanwhile, Margaret invites Jenny in, while Cheyenne seems ambivalent about Blake’s situation. They’re just a strange, strange family, and I’m sure we haven’t even begun to crack the mystery of them. 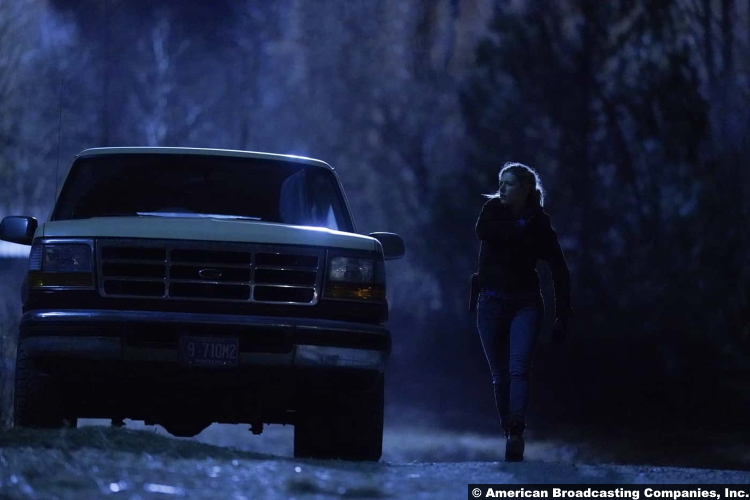 Or the mystery of what’s going on in this town. To that end, Jenny wants to get a look at the cabin where the woman was attacked, but Horst’s having kicked her off the property made that a challenge. However, she knows another way onto the property, so she takes it. Unfortunately for her, the cabin is where Rand is cooking meth. She runs from him, but ends up falling into the pit of bones where he’d fantasized earlier about seeing her. She ends the episode in that pit while Rand, knife in hand, leers at her. 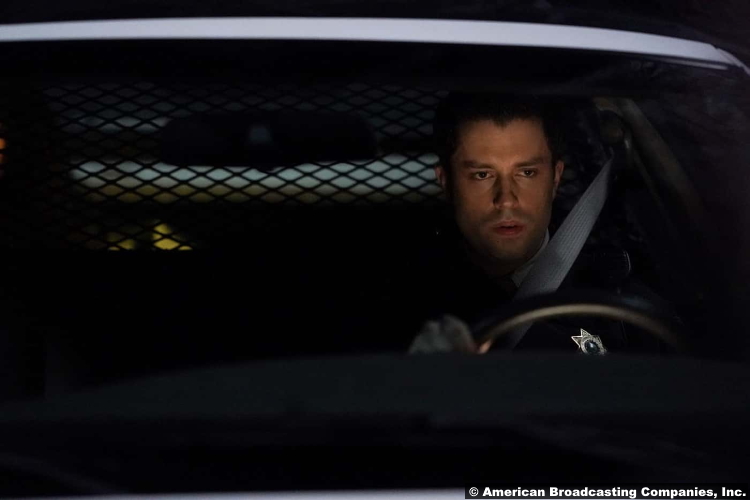 But things aren’t any better for Cassie. On her way to join Jenny, she’s pulled over by Wagy’s deputy, Al Gregor (Paul Piaskowski). She hasn’t done anything wrong, as far as we know, but he takes her into custody. Then he drives off with her, passing the sheriff’s station and remaining silent as she asks where he’s taking her.

8/10 – While the first episode this week is kind of a dud–again, horse business–I thought the second half set up a pretty decent mystery for the second half of the season. And I do love a scary cliffhanger.