Someday, Ronald’s going to look back at the things he did in this episode and really kick himself. That is, if he lives long enough for a someday.

For instance, the smartest thing to do would be to leave Jerrie alone. Leave town, for that matter. He could start over somewhere new and forget he ever got mixed up in something this ugly.

But no. He’s so consumed with the thought that the big Legarski has something on him that he’s compelled to stick around and be really weird around Merilee. Luckily for him, she’s still so shell-shocked that she barely notices. Also, he’s been so awkward and intense since they first met that it’s hard to tell the difference. 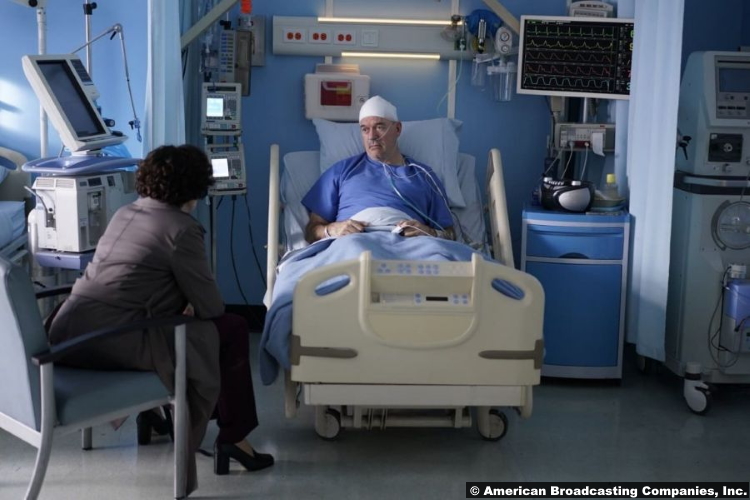 As for Rick himself, I’m still unsure as to whether he’s faking it, and I like that. I like a mystery. I don’t think he’s faking, since memory loss like that isn’t unexpected after you get shot in the head, but I could be surprised. 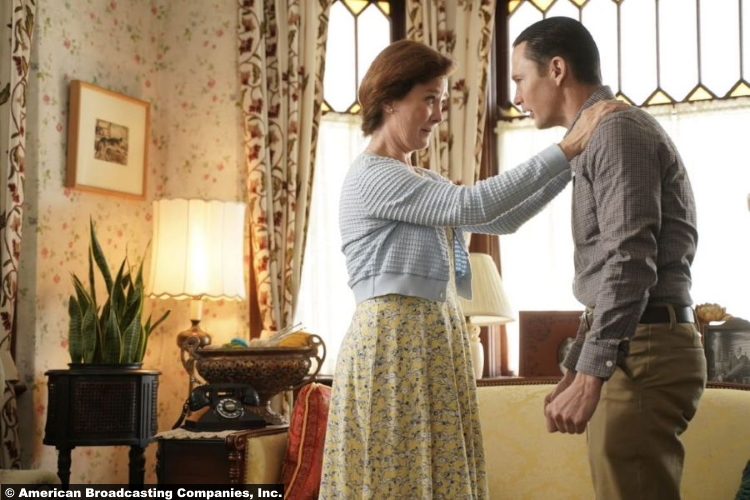 And speaking of, I was surprised to see Helen’s choice this week. As I said last week, I thought she’d probably keep it to herself, if only for the shame that speaking out would bring. I guess I underestimated her religious devotion. As for Ronald’s reaction, I was only surprised that he snapped her neck. When he was going for her, I was sure he’d strangle her.

There were a few little moments of surprise like that this week, like when Danielle is brought into Rick’s hospital room to see if she can identify him. For a moment, it seems like she might not be able to do it. But she does, of course. 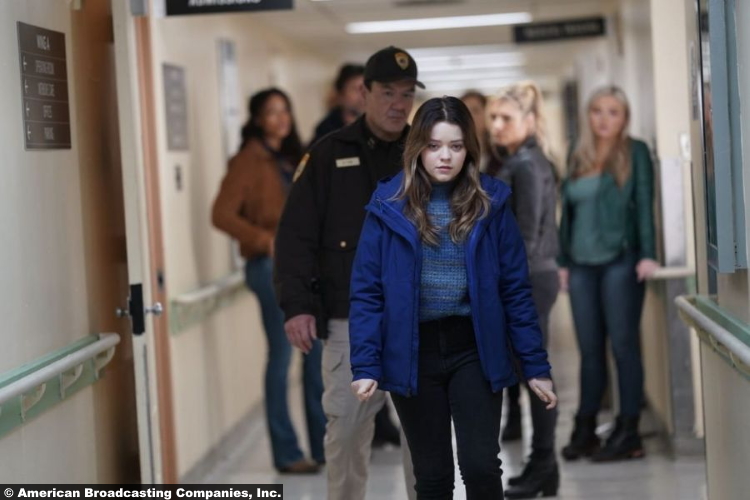 (And let’s have a moment about Danielle. I know her parents and Cassie and everyone are concerned about her, but it seemed as if their fretting was making her feel worse. I mean, yes, she’s been through a lot and it’s still ongoing. In this episode alone, she’s had to identify the body of the fisherman who tried to help her and then is brought into the room with the man who shot an arrow into her leg. But I can’t see that having her fear reinforced is going to help her move forward. Again, I know they mean well and they’re scared, too. But still.)

There were also moments of humor, like the conversation that Rick and Merilee have about what’s happened to him. I know they both said it wasn’t funny, but it was funny to me. I guess I also have a touch of the gallows humor. (On a side note, that attorney, Penelope, is a little odd and unsettling. Then again, Karin Konoval, who plays her, also starred in my favorite episode of The X-Files, “Home,” which is very scary.) There was also that moment with the couple Jerrie’s gone to stay with, particularly the husband’s outright glee at the thought of getting to kill someone. Yikes. That’s good character work, though, because I’ve definitely encountered someone like that before.

Anyway, because Danielle was able to identify the fisherman and Rick, that binds the trooper more tightly to the crime. If she’d just IDed Rick, then Penelope could have argued, well, anything. He was helping the girls, they were confused because they were traumatized, etc. Or just take a plea deal for a lesser charge. An eyewitness to murder, on the other hand, is obviously tougher to fight.

Jerrie, incidentally, has given the authorities an updated sketch of Ronald, since she spent the most time with him and his truck. So Cassie and Jenny head over to Merilee’s to show it to her. It’s quite shocking to her, because not only does she recognize the man, he’s in her house at that moment. 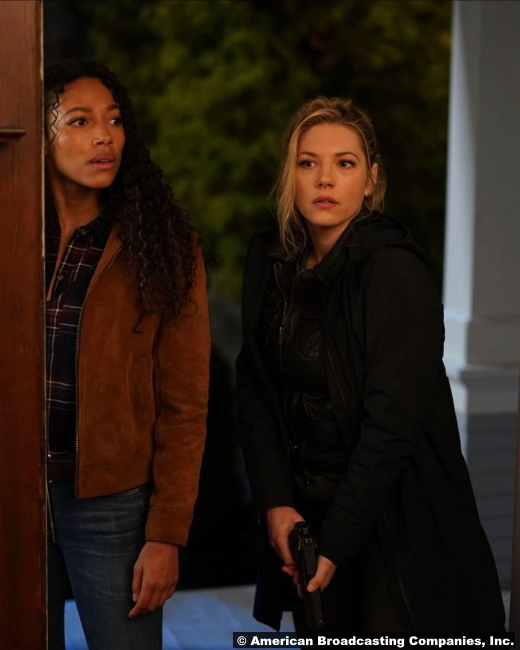 He’s gone over there ostensibly to hang out with her, be with her in her time of need, but really, as we know, he’s there to look for evidence that will hang him. Pretending to need the restroom, he uses that as an opportunity to bang–and I literally mean bang–around the Legarskis’ bedroom. It’s a wonder Merilee didn’t go up and investigate, because I’m pretty sure they could hear that in the next county.

In any case, he breaks through the wall, but he might have to go out the window now. But we don’t find out this week, because they hit us with a cliffhanger.