Well, then. That was entirely unexpected. Not the way it plays out with Ronald, but the other thing. We’ll get to it.

In the aftermath of Erik’s likely abduction, everyone–the police, Cassie, and Jenny, etc.–are out door-knocking. They’re visiting the subscribers on Erik’s route ostensibly to find out if they’ve seen him, but also to eyeball each of them. Everyone is coming up empty, though, at least until Cassie makes one more stop. 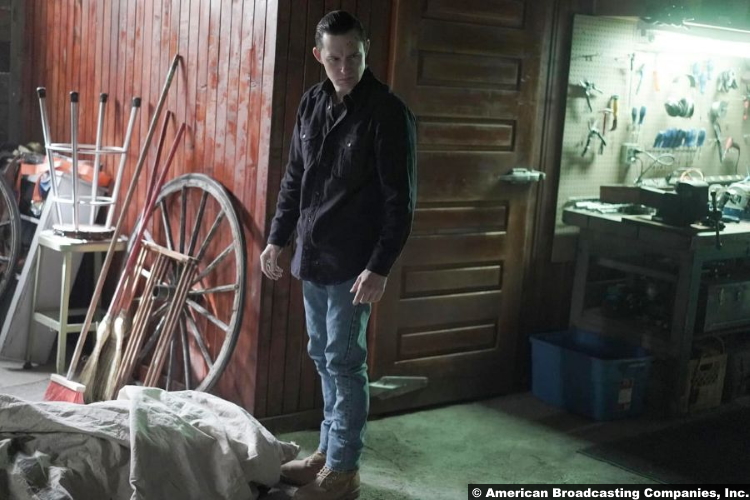 She’s the one who visits the Pergman house, where Ronald answers the door. Downstairs, Erik has been a real trooper. He keeps resisting Ronald’s commands and even has enough spirit to taunt him about what will happen if he kills a child. Again, I love this kid. 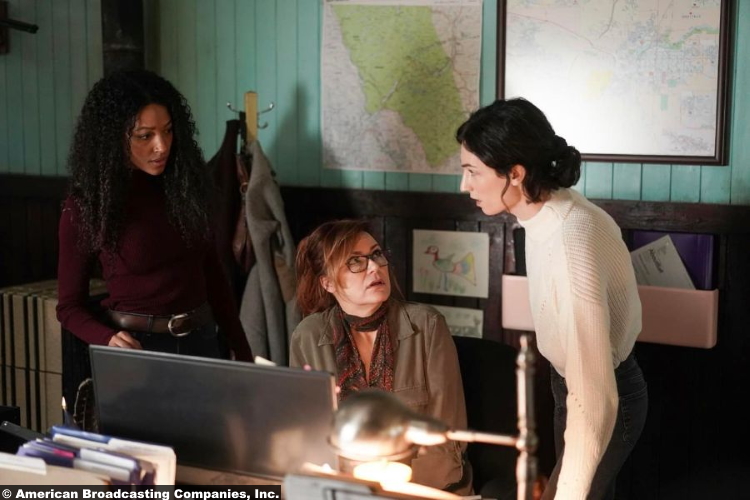 Upstairs, Ronald is believable enough, if his usual odd self, in his conversation with Cassie. He doesn’t have much to tell her, it seems, and she doesn’t appear to recognize him as the man matching the sketch Jerrie provided. (Weird.) Still, maybe something about the interaction felt off to her, enough to jog her memory. Because that’s what happens–she remembers seeing him leaving when she went to visit Merilee’s shop. By the time she returns to her office, she’s sure he’s the one they’re looking for. Once they find a picture of him on his mom’s Facebook, Jerrie confirms it.

A SWAT team is readied and prepares to breach the Pergman home. They trigger little booby traps immediately, and a closer inspection reveals that the house is rigged to blow. Jenny still takes the time to remove Erik, whom she thinks is unconscious. Of course, once she gets “him” outside, the body is revealed to be Ronald’s mother. (Jenny, babe, you can’t tell the difference between a woman’s body and a child? ‘kay.) Ronald and Erik are in the wind. 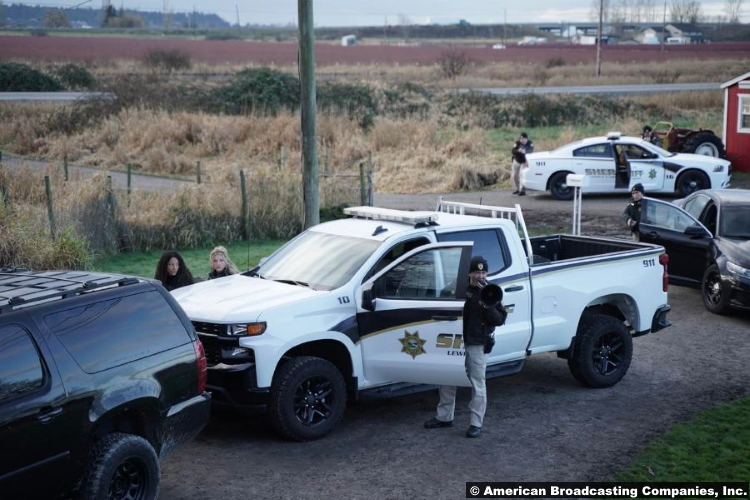 They find out about the visit from the pastor, who’s now missing, along with his car. They find his car, a Tesla, and a harrowing as heck car chase ensues, with Cassie and Jenny trailing it on the ground, and Tubb and Sosa in the air. The women get close enough to realize that no one is actually driving the car–the pastor’s dead body is in the driver’s seat, while the car is on autopilot. That means they can stop the car if they can get in front of it. Cassie manages it, in a nail-biting maneuver.

So Erik is safe and returned to his mom, but that still leaves Ronald out there somewhere (in his big rig). They show a picture of him to Rick, who claims not to recognize him. Merilee, though, has her suspicions. 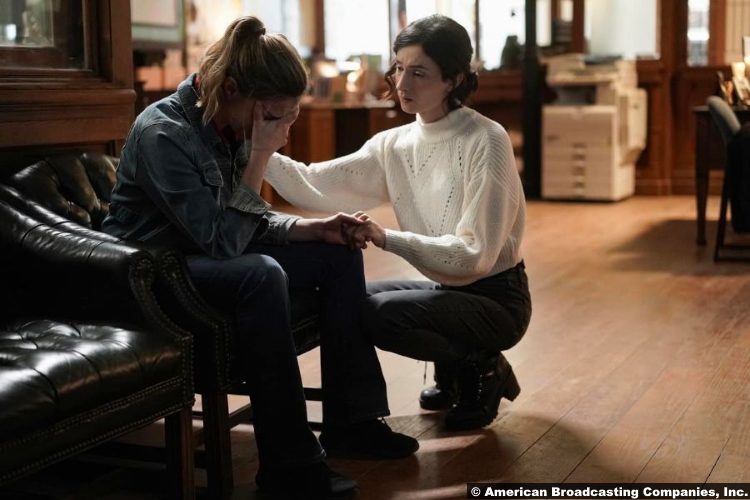 Earlier, she’d walked in on Rick as he slept, while he was apologizing in his sleep. She didn’t know that dream Rick was being visited by the women he’d presumably kidnapped and sold. Are any of them still alive out there? I mean, besides Jerrie, who was also a dream visitor. I sure hope so.

Anyway, although Rick is still apparently out of it, reliving baseball games, it all seems a bit convenient. Merilee starts to think so, too. While she remembers the good times they once had, something else sticks in her mind. So she confronts Rick.

She reminds him of the night she woke up to find him standing over her with a hammer. That’s when it all seems to come together for her. The idea that he was a trafficker and a murderer was real to her, but it was still kind of an abstract thought. The realization that he had planned to kill her, though, pulls everything into sharp focus.

As she confronts him with this, and her suspicions in general, he tries to brush it off as a side effect of her menopause. Not only is it the absolute wrong thing to say to her, but it also seems like confirmation, doesn’t it? How would this guy, who’s supposedly been pinballing through memories that end a few years before now, know about something like that, something that’s probably relatively new?

I’m sure there’s always the possibility, as we really know so little about memory. But still, it doesn’t matter to Merilee. It’s the one thing she needs, the last piece of the puzzle she’s been struggling to connect ever since the police first arrived at her door. And she can’t live with the idea that he may get out of that hospital and walk free. So she makes sure he’ll never get out, beating him to death with the hammer. Can’t say I saw that coming.