WandaVision S01E07-08 Review: The stage is set for an epic finale

You can check out our previous reviews here: Wandavision Reviews 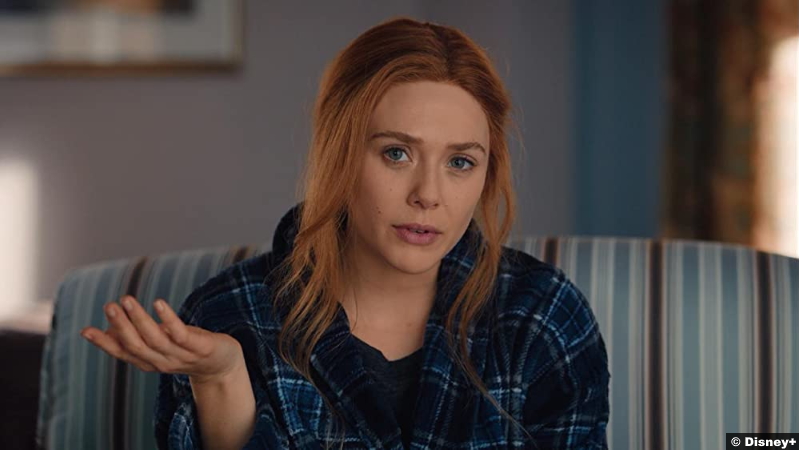 To this point, the best thing about WandaVision, in my opinion, has been the way it integrated its themed pastiche into the plot. From Dick Van Dyke and Bewitched to Brady Bunch, Family Ties, and Malcolm in the Middle, it’s easy to take for granted how effortlessly the show recreated the look and feel of those shows. The fact that it was able to nail the wholesome charm of the I Love Lucy-era of TV and, with the same cast and crew, also nail the edgier, more manic style of Malcolm in the Middle is astounding.

Not only so but the fact that the show doesn’t rely on the aesthetic as a crutch or a substitute for competent storytelling is a big accomplishment as well. On the contrary, the second-best thing about the show has been how subtly it has told the modern MCU plotline over the course of this season, weaving details, twists, exposition, mystery, and suspense into every episode, whether that episode was also a black and white screwball comedy or a cynical, Modern Family style take on the current era of sitcom television. If you only casually watch, observing only what’s on the surface, you might be fooled into thinking there’s not much substance.

On the contrary, there is a deep and sometimes chilling story being told under the veneer of levity. Only occasionally, in the opening few episodes, does the show let its mask slip and hint at something more sinister lurking under the surface. In fact, most of my favorite moments thus far have come when a character would say something or something would happen that was totally against the aesthetic of the week (50’s, 60’s, etc). Moments like a couple of weeks ago with Agnes asking Wanda if she wanted to back up and try a scene over, or Monica mentioning Ultron. Those moments come so unexpectedly they are taking a second for you to process what you heard, or they make you gasp and sit up straight, knowing things are about to get real. I suppose it’s fitting then, that a show set in a world created to be an illusion would be at its most suspenseful when the fourth wall is broken.

So it’s clever that they jumped the aesthetic to the modern era of single-camera faux-documentary comedies, ala The Office and Parks and Rec, with a nice helping of Modern Family on the side. Here again, the most chilling part (until the finale) came when Wanda was in the middle of one of her monologues to the camera, before the “director” behind the scenes asked her a question. Wanda’s puzzled reaction, and her saying “you’re not supposed to talk” was perfectly done: We know she’s the one in charge of this world so seeing her rattled when things don’t go according to plan makes us react the same she does: confused, disturbed, and even a little frightened. 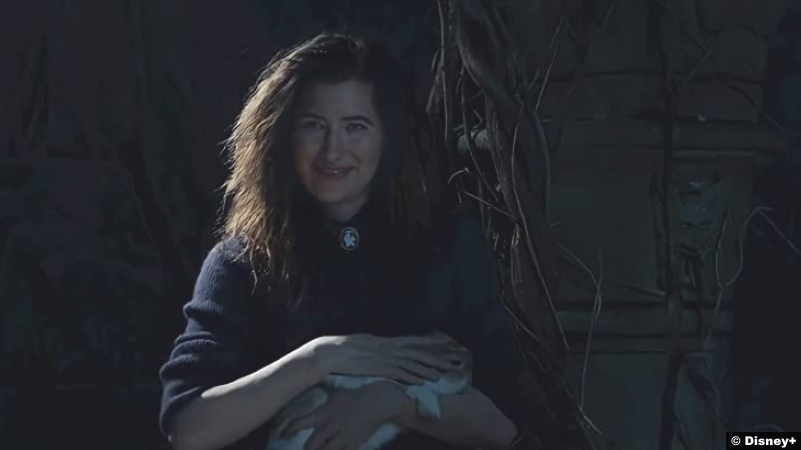 Of course, the ending of the episode is where the magic happens, and I mean that literally. After a fairly routine set-up, with Vision and Wanda on opposite ends of town, having their Parks and Rec-style situations—the humor of which was fine and occasionally good but mostly not as charming as the previous episodes that evoked classic TV; Modern Family is too modern, I guess—things take a big turn when Wanda enters Agnes’ house, looking for the twins. She descends into the basement where Agnes reveals herself to be the long-suspected witch Agatha Harkness. What she wants we don’t yet know, but we’re given a killer theme song that reframes the whole season to this point as Agatha manipulating Wanda every step of the way. There are only two episodes left and a lot of questions left to answer. The mask has completely been removed: We’re no longer in pretend TV world. This is heavy stuff. Bring on the final two. 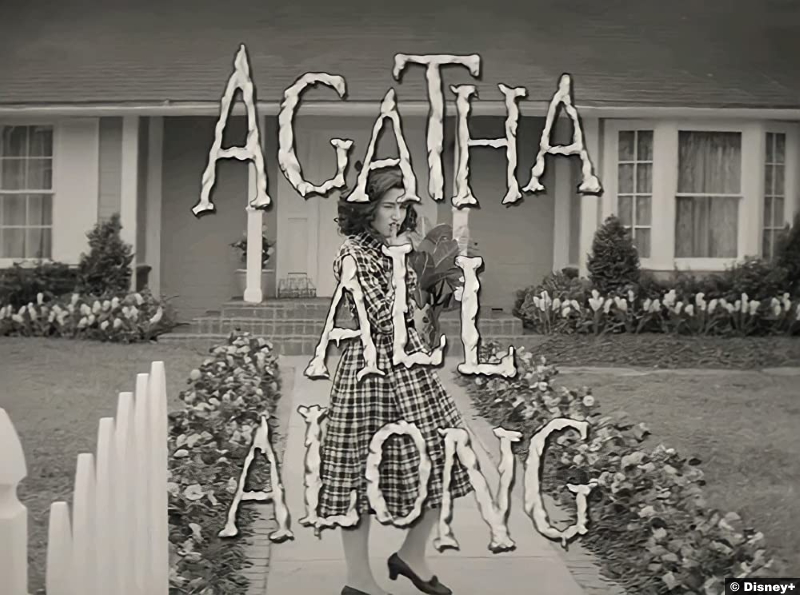 9/10 – The final “TV spoof” episode is merely solid until the final act kicks in and things jumped to a thrilling conclusion. 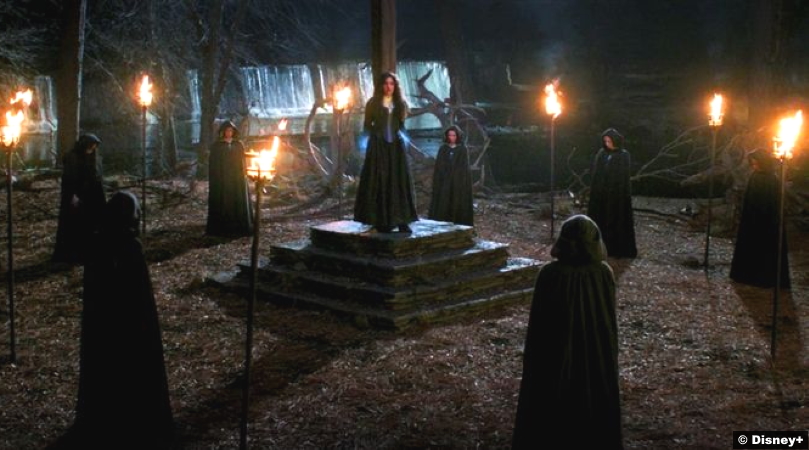 Despite being an episode devoted to flashbacks, WandaVision’s penultimate outing contains arguably the two most important new discoveries yet for the central character or at least these are new discoveries for the audience about Wanda. To this point, we’ve been led to believe that Wanda and Pietro gained their powers as a result of their contact with Loki’s Scepter (in the runup to Age of Ultron). What we learn this week is that Wanda (and presumably her brother) were born with powers and that the mind stone within the Scepter merely enhanced and focused them into something to the level befitting an Infinity Stone.

That’s a revelation we get within the first twenty minutes of the episode, and there’s still one more big shoe to drop for Wanda (not to mention the mid-credits reveal of White Vision). 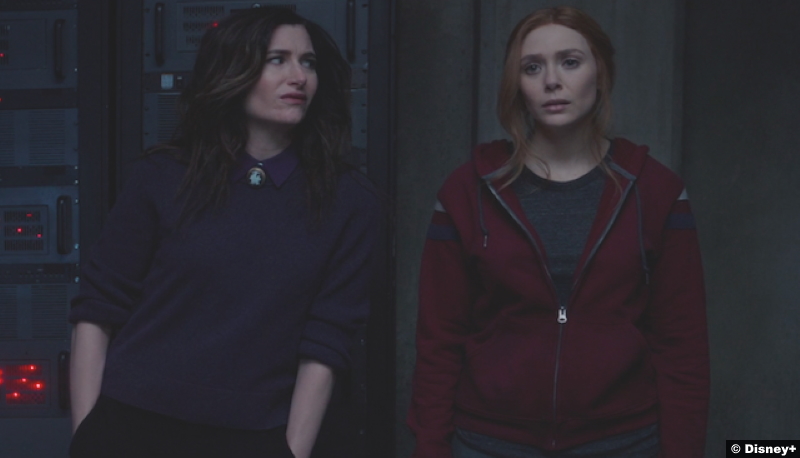 Most of this episode is about setting the stage for the finale. On paper, it’s probably the weakest outing, in that it purely moves pieces in place and drops pages of exposition onto the viewer. Movies aren’t on paper, however. Framing the episode as a journey through Wanda’s broken past helps us see how she got to the point she did when she turned Westview into her own magical playground. Agatha is especially interested to learn Wanda’s secret, believing there to be some external force that helped her become as powerful as she is. As it turns out, not even her connection with the Infinity Stone could make her this astonishing. Agatha finally realizes that Wanda has the ability to conjure and wield Chaos Magic (a rare type of arts that even Dr. Strange doesn’t touch) and finally calls her out to be “the Scarlet Witch.” 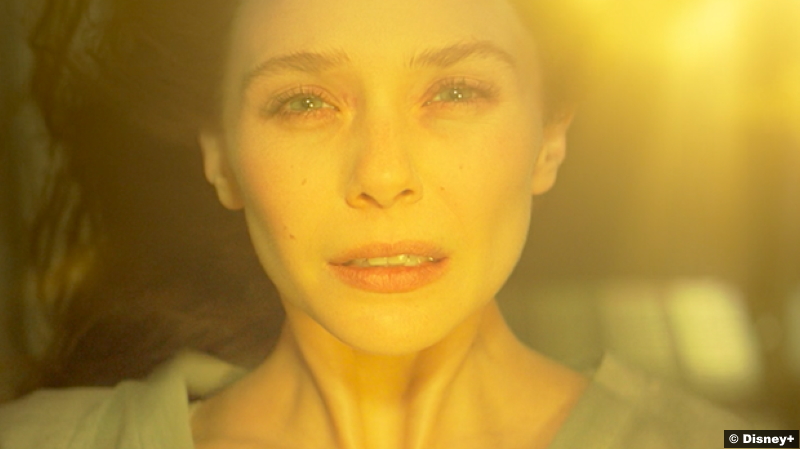 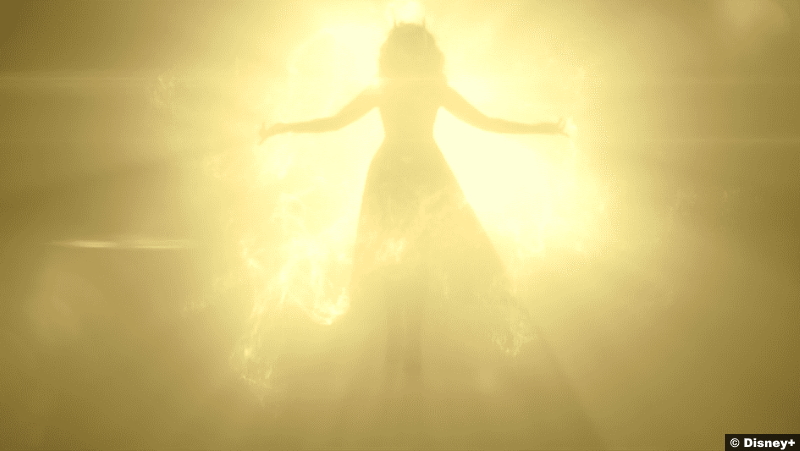 What that means exactly is unclear, but I suspect the MCU is going to make Wanda into something akin to a “Nexus” character from the comics. Essentially, a nexus character is someone that is the same across the multiverse. Wanda is always the Scarlet Witch, no matter which universe you go to in the Marvel canon. In contrast to that,  Spider-Man can be anyone bitten by the radioactive spider (Peter Parker, Miles Morales, Gwen Stacy, a pig, etc). There are universes out there where the Sorcerer Supreme is not Dr. Strange. There are universes where Xavier is a villain and Magneto is the hero, etc. But Wanda is always Scarlet Witch. She’s a nexus character: Reality forms around her, not the other way around. I think that’s the angle they’re taking with Wanda, and if so, expect her to play a big role in the multiverse-heavy Phase Four that we’re only just now diving into.

Next week brings the finale and this episode effectively moved all the pieces in place for what should be a showstopper. The fact that it moved those pieces and revealed all that exposition in a way that was never boring or stationary-feeling is a testament to the quality of people working behind the scenes at Marvel.

10/10 – A brilliantly executed 45 minutes of television, expanding the universe and gearing us up for what, if the past episodes are any indication, will be a surprise-filled finale.

Bonus: Vision has the best lines, doesn’t he?

“A thing isn’t beautiful because it lasts”

“What is grief if not love persevering?”

I hope they find a way to bring him back properly. The franchise needs his character (a quiet philosopher with the power of a god).