You know, it’s funny that everyone’s so concerned about Clarice’s mental state. Yes, she’s still working through trauma, but she’s pretty darn functional. Compare her, though, to Catherine, who most certainly is not.

Catherine puts herself through a punishing exercise routine, perhaps trying to make herself stronger, unkidnappable. But she’s still not mentally strong. She can’t even walk outside her own home, even for just a few moments, to take Precious to do her business. (Yes, in the aftermath of Bill, Catherine has adopted his dog.) But Krendler reassures Ruth about her, when she asks when she’ll get Catherine back. She is back, he tells her. She’s alive. Is she, though? 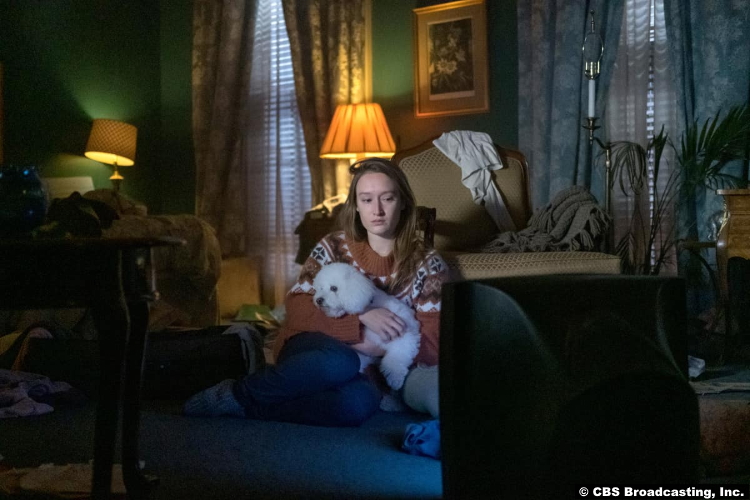 And it’s not that I don’t get the difference. Catherine, after all, will never be charged with the safety of someone on Krendler’s team. He doesn’t have to worry, also, his return to those children we see in a family photo this week will be compromised if Catherine freaks out. But still. Clarice may have her moments, but she seems pretty rock-solid for the most part. She has a friend, she can make friends, and she gets her job done.

Well, about that. This week, we return to the case from episode one, where Clarice believed the culprit was not a traditional serial killer, per se. Yes, he was killing serially, but not out of a need or drive. This guy, Clarice thinks, was eliminating pharmacological study participants who could have really effed up a pharmaceutical company’s bottom line. The task this week is to get him, Karl Wellig (Kris Holden-Ried),  to admit to it. 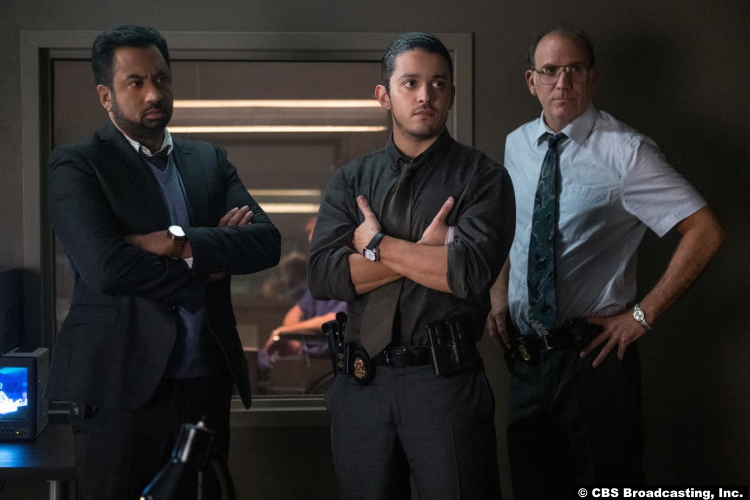 It ain’t going great. He’s not afraid of them, he’s not susceptible to interrogation techniques, and even worse, his dental impression doesn’t match the bite marks on the victim. But Clarice doesn’t give up. She continues working the angles and figures out that of course, Wellig didn’t bite the victims. No person did–the bite marks were made with a dental model, more evidence that these crimes and their details weren’t part of some perverted fantasy.

And of course, Clarice is right about the conspiracy behind all of this. Unfortunately, it’s not enough. AG Martin needs to be seen putting away a serial killer. A complicated business conspiracy isn’t as sexy, doesn’t sell like murder and mayhem. (A sly meta-commentary, perhaps?) Clarice doesn’t care, though. She will go forward, pushing her investigation until she gets the truth.

But of course, with this kind of crime, the people behind it don’t want her to get the truth. So she gets so close. She finally gets to go in with Wellig again and she lays it out straight. She doesn’t try any fancy interrogation techniques; she just tells him the truth. She’s figured out that he thinks that they–her team–are part of whatever conspiracy this is. So she’s got to earn his trust by shooting straight.

And it works. He starts to open up to her, telling her that he didn’t previously know the people who hired him for this job. He still doesn’t actually know much. They communicated by a phone number, using no names. Whether it was text or voice, or even what the phone number is, however, will remain a mystery for the moment. 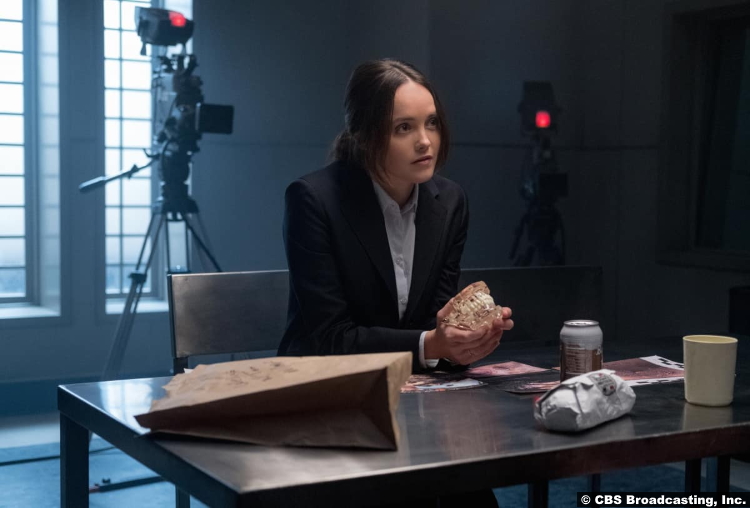 Earlier, Wellig had waived his right to an attorney. Still, one had shown up for him, and something about him aroused Tripathi’s suspicions. The more Tripathi questioned him–even basic questions, like his firm–the more uncomfortable the man became, until finally, he just ran out of the building. The fact that he even got that far into the building, though, is disturbing.

But the phony lawyer isn’t the only threat. They, whoever the “they” is behind all this, must really want to tie up Wellig, their loose end. Because while Wellig is getting to the part about the phone number, he goes into some kind of physical distress. Outside the interrogation room, they think it’s a stroke at first. Then he starts foaming at the mouth. Clarice puts it together with the canned drink Wellig had just opened, which an overly friendly police officer had delivered earlier. Again, they must have really wanted this guy dead, to send in a two-man team to do the job. But who are “they”?

8/10 – As with last week, this is an improvement on the pilot. As I said, the business conspiracy might not be as titillating as serial murder, but I’m finding it pretty intriguing so far.