“I know this is Riverdale, but where do we get a snuff film?” Aaaaand we’re back. If tonight’s episode feels just like a continuation of season 4, that’s because it essentially is. In case you don’t recall, last season ended abruptly because of the pandemic, so this season basically picks up where the last one left off. 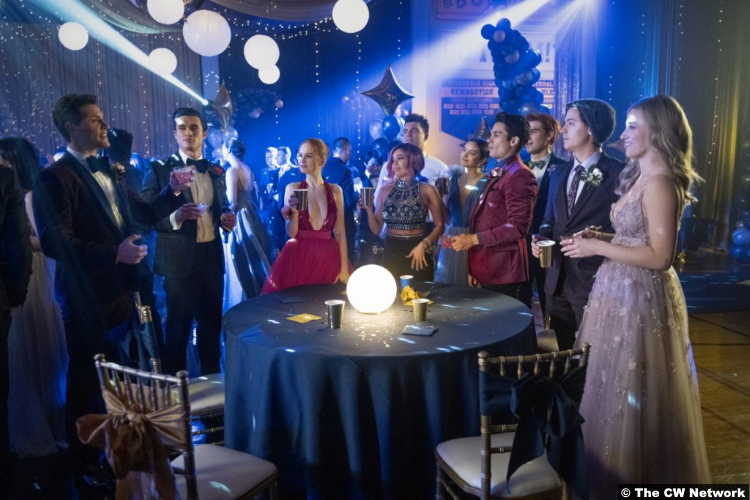 And if you don’t remember where that was, someone had escalated from leaving creepy videos of building exteriors to creepy videos of masked people committing violent acts. Specifically, people wearing cartoonish masks of the main characters’ faces. These aren’t the masks we’re all wearing, because, true to form, this show exists in a realm outside reality. Thank goodness, for once.

In fact, the last video was about the kids killing former principal Honey. However, once the authorities get involved, they find out that Mr. Honey is alive and well. They also find the location where the tape was made, and that loops Betty and Jughead right back to Blue Velvet Video.

That’s how Betty (and Jughead) end up at an underground video screening. She gives over one of those terrifying childhood videos of her dad, while other videos include Bret’s sex tape and some violent ones I didn’t recognize. They also see a video similar in style to the ones they’re receiving, so they play it cool.

Haha, just kidding. Jughead starts getting up in everyone’s face and asking these strangers who directed the tape. Then he punches a guy–you know, real subtle stuff. It’s right in line with when they decide that some guy (or gal) in an owl mask must be The Auteur, as they’re calling him. Why him? Uh…reasons. And again, they’re not very secretive. By that, I mean that they point directly at him. It’s a wonder that they’ve solved any case.

Meanwhile, Archie is still thinking about the Naval Academy, but he has to win a boxing match to get a place. You know, how you get into school. Actually, I don’t know anything about military school, so maybe that is what you have to do. Anyway, although this is supposed to be what he wants for his future, he seems oddly detached from the whole experience. 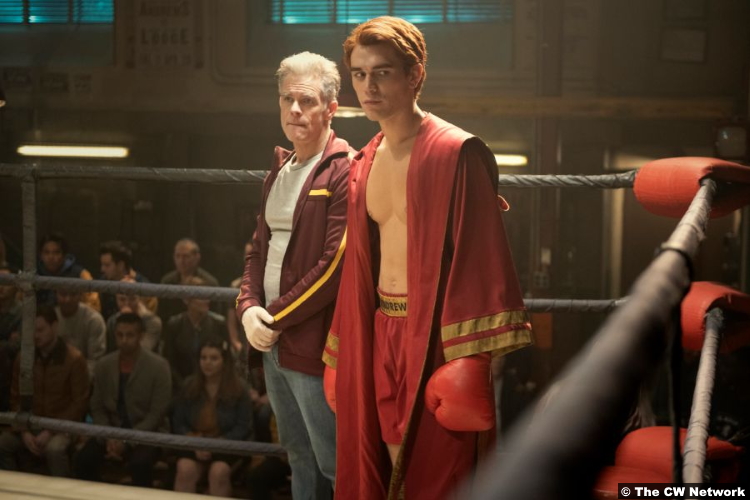 Maybe that’s because of what’s going on with Veronica. She’s found the song that he wrote for Betty, and she assumes that it’s about her. That would be a minor mess in itself, but then she takes it upon herself to perform it at the speakeasy. Honestly, it’s worth it just for the awkward looks Betty and Archie exchange.

Archie ends up losing the match and thus, his spot at school. The school representatives are pretty chill about it, though, and tell him to check back in the future. But Archie’s like, I’d rather eat glass, thanks.

And if he’s going to torch his future, why not go all the way? When Veronica starts talking at prom about deferring her freshman year at Barnard (so she and Archie can work together for Hiram), Archie confesses everything about Betty. So Veronica pretty much breaks up with him on the spot.

That’s just before Cheryl and Toni are elected co-queens, by the way. Incidentally, Vanessa Morgan, who plays Toni, was quite vocal last year about how flimsy a character she was. She had no storylines without Cheryl. It seems with this episode that they’ve tried to put that right (in the tiniest incremental baby steps). To wit, after Cheryl realizes that Toni still hasn’t told her family about their relationship, she immediately assumes it’s because Toni doesn’t want them to know she’s gay. And Toni’s like, “Yep, that’s it, exactly.” However, after Cheryl visits Toni’s nana, she finds out the truth: Toni doesn’t want her family knowing that she’s dating a Blossom. She ends up going to prom with Cheryl, but it seems like they’re breaking up, too. Toni still doesn’t want to go against her family. 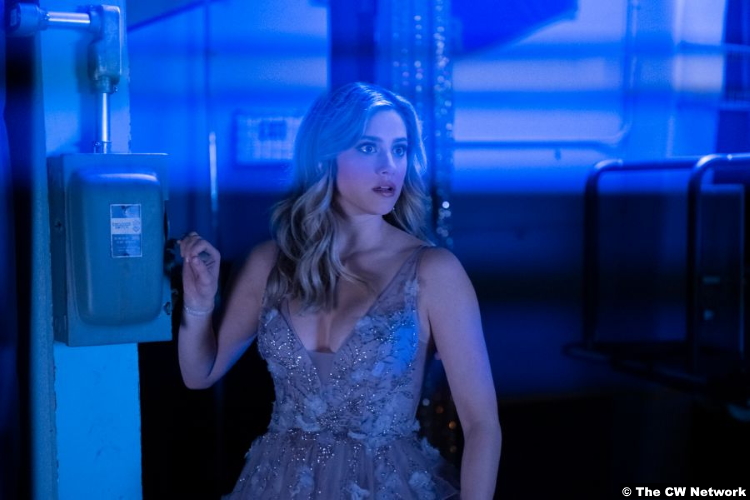 We barely have time to focus on that, though, because The Auteur chooses the prom to strike. He broadcasts a video of the scary masked people killing (or “killing”) the owl mask guy, whom they’ve helpfully nametagged David (the Blue Velvet) owner. But he’s* not through. Archie gets the final tape of the episode, a lurid recreation of the time the Black Hood shot Fred (RIP forever) in Pop’s. So who is this guy? And how would he know the details of something like that?

8/10 – Even though the episode went full-tilt Riverdale ridiculousness from the jump, it did a good job at continuing the creepy mask storyline. It’ll probably turn out to be something you’d never see coming in a million years, but it’s working for now.