Nancy Drew S02E06 Review: The Riddle of the Broken Doll – It begins!

Welcome to season 2 of Nancy Drew! I know, I know–the season actually started 5 episodes ago, but it feels clear that this is the real beginning they intended.

And with the Aglaeca satisfied–for now–life in little Horseshoe Bay almost seems normal. Nancy’s even doing something boring. Because she broke into the morgue that one time, she got sentenced to 500 hours of community service. In the morgue. So when we join her, she’s working on the exciting mystery of floor-mopping. Then Detective Tamura brings in a body. 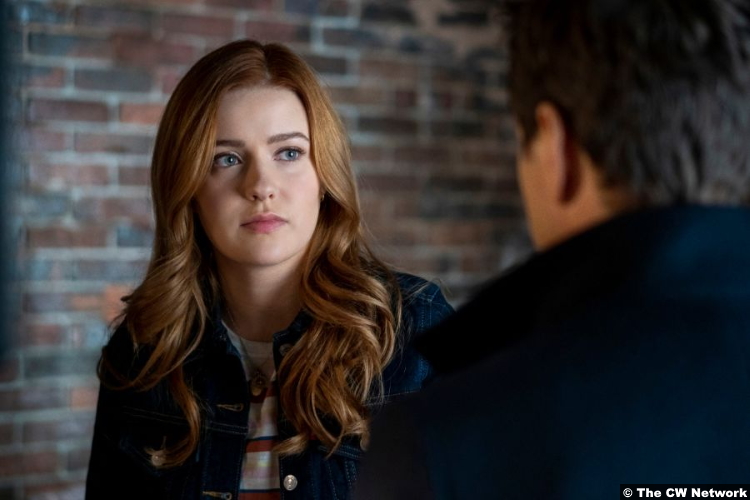 It was discovered buried in a yard, but the homeowner claims to have no knowledge of it. Nancy, of course, wants to know everything about it immediately. Not only because it’s way more interesting than the mop, but also because it’s just weird. There’s the mysterious aspect of its discovery, for one thing. But then the morgue attendant, Connor (Giacomo Baessato), and Tamura leave the morgue, and the body starts making noise.

Nancy doesn’t actually see this, but the knocking is coming from the drawer in which the body has been left. When she checks it out, because of course she does, she ends up pulling a string of dead bugs from the corpse’s mouth. Great, good times.

That is, admittedly, odd, but hardly the weirdest thing that’s ever happened on this show. Or even in this episode, for that matter. Far weirder, for instance, is what happens when Nancy gets home and she hears the knocking again. She opens a cabinet to find the body rolling out. Now she didn’t tote it home in her backpack, so how it got there is almost a more important mystery than how it got in that yard. Or how it got dead. 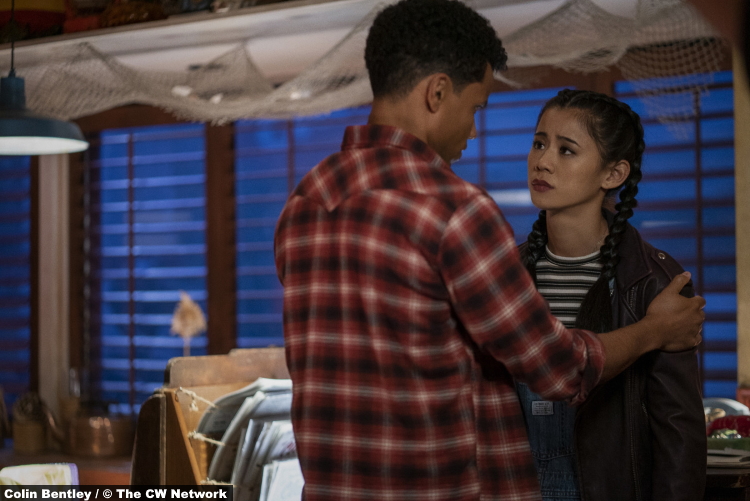 At that point, she invokes the sacred power of the Drew Crew, calling them all over to see the corpse that’s just appeared in her home. That leads to Ace performing a kind of impromptu autopsy, because this is just that kind of show. The body has clearly been sewn up, pre or post-mortem, so Ace just pops it open. That’s when they find out that the bugs are the least of the surprises inside.

In fact, the body is positively stuffed with goodies. Well, I guess that’s if you consider a bunch of animal bones and extinct flora and insects “goodies.” If you do, then great. This is your moment.

At a loss, Nancy seeks help from the one person who definitely does not want to help her right now–Hannah Gruen. She’s still sore about that incident wherein Nancy let a bunch of haunted shit loose. Crazy, right?

Still, Nancy persuades her to help, and that’s how they figure out that the body is not a person at all. Actually it’s a lamia, an old monster that eats children. It’s a good thing there aren’t any of those around, right?

Well, about that. Just about the time that Nancy’s explaining that to her friends, Connor shows up, and it’s kind of hard to hide the body lying on the table. He takes it away, with his son Leo (Sebastian Billingsley-Rodriguez) in tow. After they’re gone, though, the Crew realizes that the body is coming back to life.

What happens next is something that, of course, would be absurd on any other show. The lamia comes after Leo, but his action figure repels the monster because it’s possessed by a child the lamia once killed. Sure. 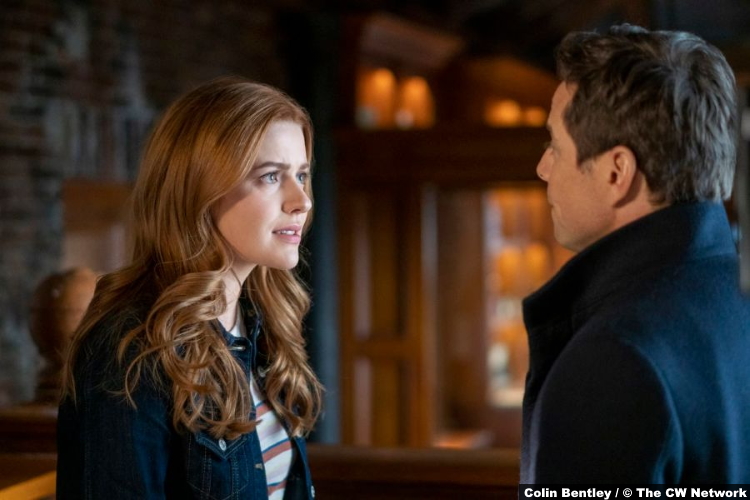 The lamia escapes and tries to take the two youngest Fangirls, but too bad for it. The Drew Crew knows that they can use the child spirits against him, which they do. The tiny little ghosties drag the lamia off to parts unknown.

And everything’s back to boring normal, except that George is still being haunted by Odette (Anja Savcic). Nancy and Carson’s relationship is also returning to normal. His business has taken a hit in recent weeks, but he’s optimistic. He’s also hired Nancy to help out with investigations. He may not be her biological father, but he knows her like he is, and that’s what counts.

8/10 – Now that the Aglaeca story is finished–or rather, finished-ish–it’ll be fun to move on to the new mysteries. This was a great start to the actual second season.