Nancy Drew S02E04 Review: The Fate of the Buried Treasure – Continues to knock it out of the park!

Well, it seems that Captain Marvin had a whole other wife after Odette. However, if you think he was any kinder to her than he was to the wife he turned into a sea monster, then you’d be wrong.

Before we get to that, there’s the dybbuk box. Nick quickly figures out that the one they have is essentially garbage. A real one needs to be made of a special kind of wood and it needs to have been blessed by an 18th-century rabbi. In other words, you can’t just make one now. 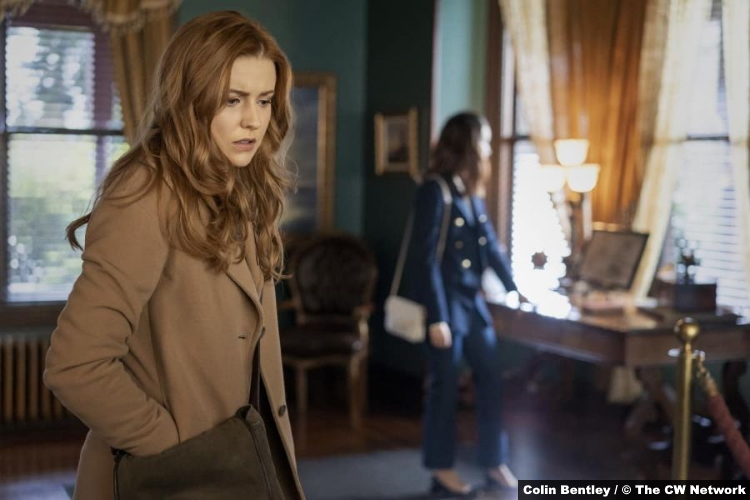 Ace finds out, though, that there is a real one–blessed and everything–in a museum. And at first, I was like, “What are you gonna do–rob a museum?” Like, I’m pretty sure they’ve gotten better at museum security in the city since the Isabella Gardner Museum heist in 1990, when two guys stole a bunch of art, including one of the only 34 known Vermeer paintings. (GIVE IT BACK, YOU COWARDS! Sorry, I just get really emotional about Vermeer.)

Anyway, Ace’s plan is a little bit more complicated and hilarious than that. Specifically, it involves enlisting Carson and Ryan to see if they can borrow the box. You know, rich people stuff. This whole sequence might beggar belief if I thought about it too long, but I don’t have to, because like I said, it’s hilarious. Ace has to be the dad on this road trip, trying to keep the peace between the actual dads, and it was great. Just the looks that Carson was giving Ryan had me wheezing.

But, uh, back to the plan–it doesn’t work out. Well, it does, but not like Ace had planned because the museum doesn’t want to loan out such a priceless item. Did I say “priceless”? Yeah, that’s definitely inaccurate, because there is a price, and Ryan pays it, just because of a vague idea that it’ll help Nancy. And then his sniping with Carson makes sense. Ryan is bitter because his daughter had been kept from him for so long. He also really wants to bond with her. 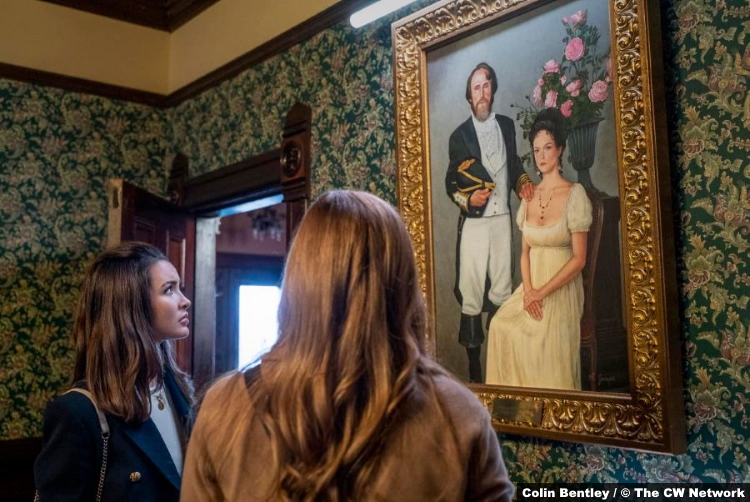 One of his attempts will come later, though. First, Nancy and Bess look into who Odette was as a person. If they’re going to trap her in the box, then they’ll need some personal artifacts. So they go on their own museum tour, which is when they learn about Agnes, Marvin’s second wife. It seems that while she wasn’t consigned to a watery grave, her fate was just as dire. According to local lore, poor ol’ Agnes went mad. Bless her heart.

Well, that ain’t true. Nancy discovers that Agnes might not have been ill as was claimed. She left a cipher behind, which Ryan helps Nancy crack (and he is SO excited to do so). Nancy figures out that Agnes learned all about Odette, unfortunately to her detriment. Once she knew what her husband and the others had done to the first Mrs. Marvin, she had to be locked away. Yet another woman in Horseshoe Bay was used up and destroyed. Odette, Agnes, Lucy–how many more are there? 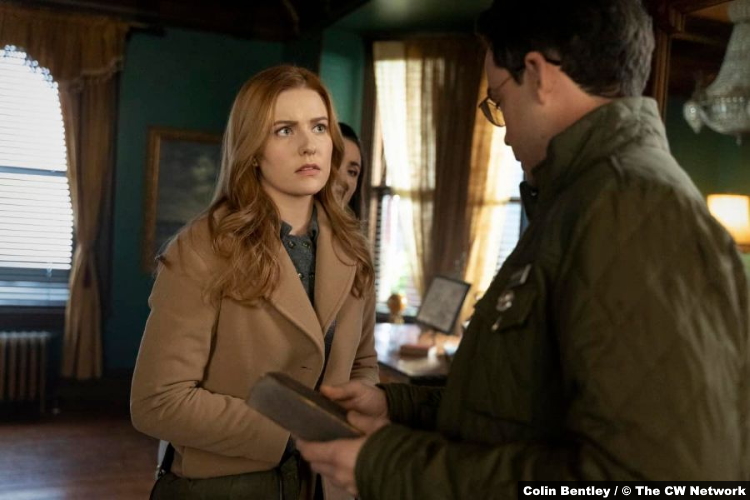 That’s why I think the key to vanquishing Odette might not be in “killing” her, whatever that means. It might be in helping her. Maybe, like Lucy, she wants someone to speak her story. I know Nancy kind of did that when she shut down that delicate tour guide, but there’s so much more of Odette’s life to tell.

However, I’ve also considered the possibility that Odette could want revenge, which, uh, doesn’t look good for any Marvins in town. And I will not stand anything happening to Bess.

Or hey, maybe it’s that magic sand, which is the least comprehensible of the theories I’ve considered thus far. So outside of giving her a sacrifice, which really isn’t an option, it looks like it comes to two choices: kill her or help her. What will they choose?

8/10 – The show continues to knock it out of the park. This would have been a good episode if it only contained the Ace/Carson/Ryan road trip scenes, but it had so much more than that.