I have to say, I don’t fully get the whole portent sand thing. I mean, I understand generally how it’s supposed to work, but I don’t understand it, like, spiritually or whatever. That is to say, I rewound that first scene about it like, five times, and still, my mind absolutely refused to take it in. 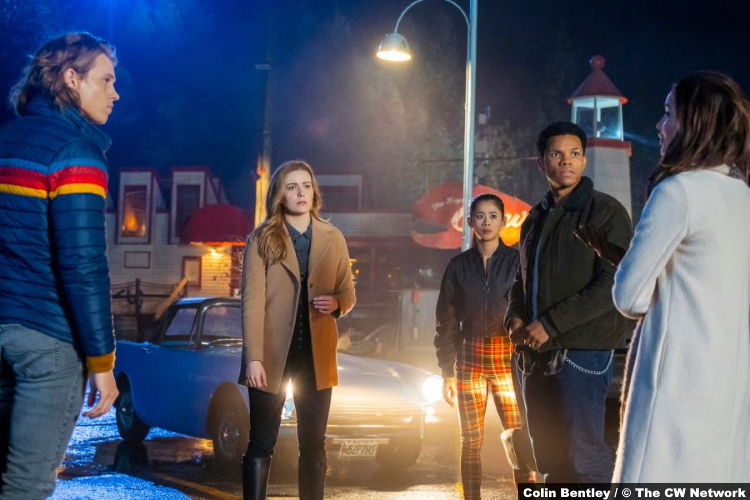 But boy, they were sure that was going to work. You know, if they could actually find some sand. Luckily, Ryan is diligent about cleaning out his car, but not so diligent in cleaning out his…trunk vacuum?

Before Nancy gets that meager amount of sand (that she apparently just dumped into the floorboard?), though, she hits up Hannah and the Historical Society for help. Hannah doesn’t have any sand, but whew, does she have a lot of other scary stuff. Nancy’s like, uh, can I take all of this? And Hannah issues a firm no. She compares it to trying to cure cancer with uranium.

So back to the sand it is! Nevermind that they have no idea how this is all going to happen, like whether she’ll come for them at once, or if she’ll just pick them off, one by one. They’re counting on her going individually, so, of course, she hits them all at once. They each have a distressing few moments, but they use their sand, and then it’s all over. 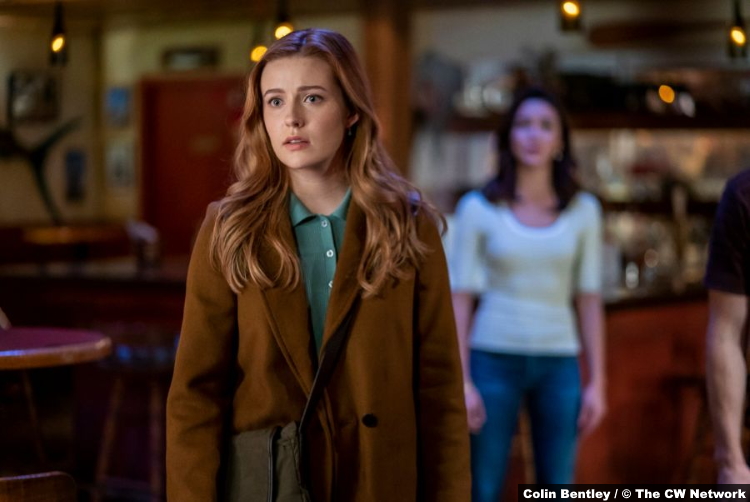 Wow, they actually believe it’s all over. Listen, I’d be looking over my shoulder for that gal for the rest of my life, probably. Because guess what? It ain’t over. The sand does NOT defeat her; as a reminder of her last hours, it only enrages her. So, uh, new plan.

And in the end, as I suspected, only love can stop the monsters. They realize that, hey, crazy thought, but maybe Odette doesn’t want to be reminded of the time she was humiliated and then brutally murdered via her worst fear? Maybe they could calm her down with some better memories, like that English gal with which she was besotted. 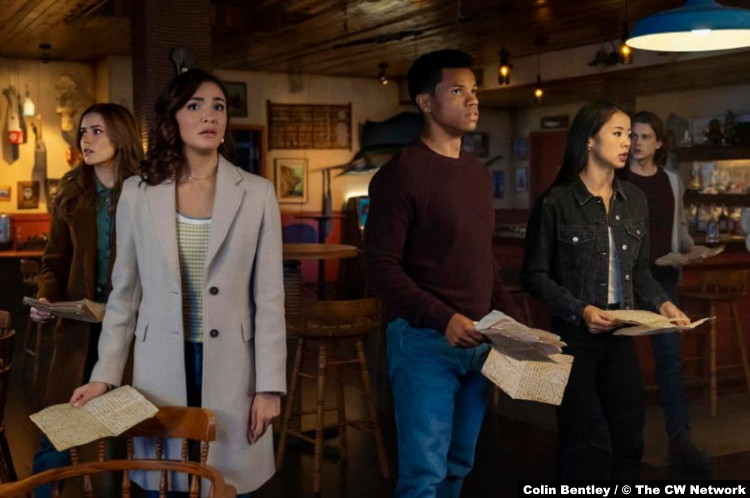 They have only a few hours until their time is up, so they spend it going through the letters. And that’s a good thing because when the Aglaeca shows up, she brings a mighty wind with her that blows the letters out of their hands. Desperately, they repeat what they can remember, the hopeful messages Odette wrote that were then crushed into dust.

The cacophony fades until the Aglaeca is no more, and only Odette is standing there. Still, they tell her who she was, and how unfair it was that it was all snatched away from her. Nancy reaches for her, but she disappears, finally freed from her torment.

And all is well, except that George now has a decorative harpoon in her stomach. Maybe it’s all the stress of the past few days, but they don’t respond logically to this. First, they take the harpoon out, and then they just don’t go for help? I’m just saying, if Nancy had enough time to run to the Historical Society and back, then she had time to call for help.

But they don’t do that, just so Nancy can steal a revival shroud from the Society, and bring George back to life. George’s fulfilled that blood bucket curse, but, uh, she might be possessed now. Odette apparently isn’t fully gone, but it’s unclear whether she’s animating George now or not. 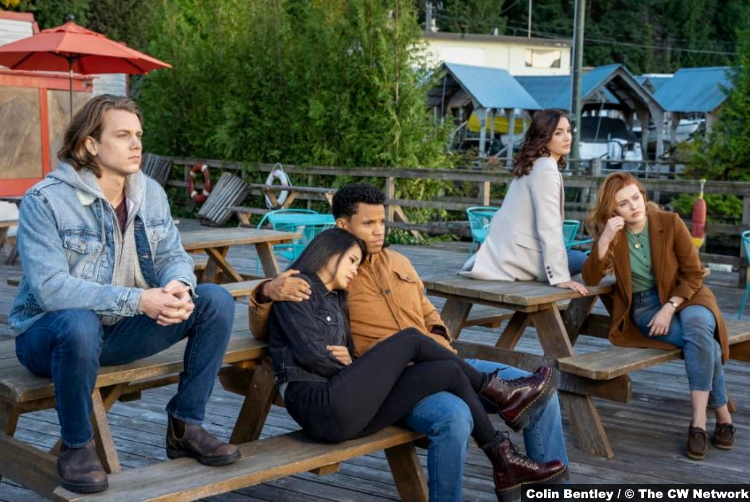 Because, you see, that’s the thing–when Nancy couldn’t get the one cubbyhole for the shroud open, she just cut the power to all the little safes. And that let loose God knows what in Horseshoe Bay. So that’s a fun thing they’ll have to deal with in the coming weeks.

As I’ve mentioned before, last season was cut short, so part of it bled into this season. As such, I’m pretty sure this episode was supposed to be the finale for last time. I think it works well as one. Nancy and Carson finally had the talk they’ve been needing to have, and it was a good warm-up cry for all the sobbing I did during the Aglaeca scene. Everything is now a little more back to normal. Except, um, for whatever Nancy just let escape into town.

8/10 – This was a very emotional episode–so much sobbing (for me). Obviously then, I liked it a lot. I also wonder where they’re going with Ace’s storyline, about the mysterious brother in witness protection. On that note, I finally found out the actor playing his dad–it’s Anthony Natale. Ace’s own story has been very mysterious, so I’m curious to see what it’s going to be.