And with that, part one of Big Sky is over. I know it hasn’t felt like that long–we are only on the fifth episode, after all. But, as I mentioned last week, this was the original order. More episodes will be coming.

They’re probably going to need them after this week, though, am I right? The show wastes no time telling us what the stakes are, not with a title like “A Good Day to Die.” 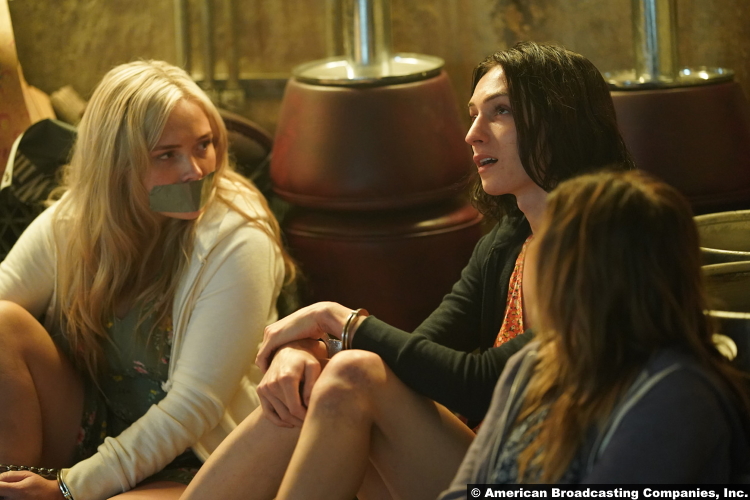 I have to confess that I thought Legarski wasn’t long for this world back in episode 3, “The Big Rick.” It was the title that got me that time, so maybe that’s why I didn’t really pay attention to it this time.

Not to mention that with Cassie and Jenny not finding the girls last week, I kinda expected the same thing this week–a last-minute, close but no cigar rescue attempt. But then they have Cassie remember something Cody once told her about fishing. Quite frankly, I found it faintly ridiculous. Not the fishing tip, but Cassie’s using it to crack the case. Well, sorta.

You see, Cody once told her that she should always start fishing from the bank and then work her way out. That way, you don’t miss the big fish that are hiding just below. Cassie practically experiences this memory and its subsequent revelation in slow-motion. “Look below, look below, look below.”

But whatever, it works. She gets her dad to pull the plans for that land, and that’s how she finds out that the old structure has an underground component. And wouldn’t you know it, but Legarski’s back out there.

Thankfully, she and Jenny take Sheriff Tubb with them, because I was afraid they were going to just charge out there alone. Then again, that might have been better, because they end up looking like two ham-handed ding-dongs. The girls have already been moved, and all they find is a puffed-up Legarski. He ends up siccing his boss on Tubb, who basically forces the sheriff into arresting the women. Jenny, however, claims it was all her idea, so that leaves Cassie free to continue poking around.

Meanwhile, the girls don’t get much to do this week. They do sing a lovely cover of “Something Stupid,” though. Most of the time, however, they’re just sitting around waiting. 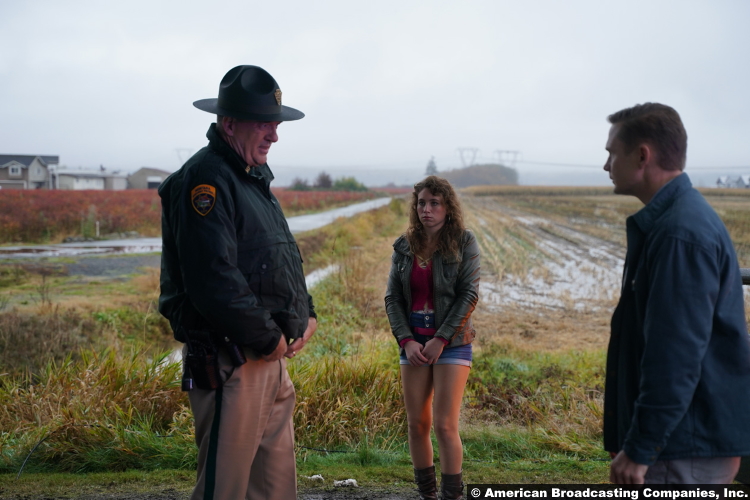 At the same time, we also get the origin story for Ronald and Rick’s partnership. That plus Rick’s apparent decision to retire from sex trafficking were the biggest clues, outside the title, of how this episode would end.

Anyway, Rick had apparently been watching Ronald. I don’t know if Ronald were doing something beyond just picking up sex workers, but it’s like Rick could sense the darkness in him. So he brought him into the fold, pitching it as a partnership. However, we can see from this flashback that it’s always been an uneven one. Maybe that’s why Ronald has to go back one more time to see Merrilee.

And that’s when he just misses Cassie. She doesn’t get much out of Merrilee besides an uncomfortable conversation, but she does get one thing. Further, it’s handled in a much more organic way than the deus ex fishina. Merrilee protests that Rick couldn’t possibly have been involved with the missing girls, because that’s just not who he is. She describes him as a “creature of habit,” a note that sticks in Cassie’s mind.

Cody, she remembers, had met with Legarski while the trooper was having breakfast at that closed diner. And that’s where Cassie first met him, too. So she tells Jenny about it (good), but then gets there and doesn’t wait for her (bad). Again, at this point, I hadn’t even noticed the title. It didn’t matter, though, because this was so wild that my blood pressure shot up. 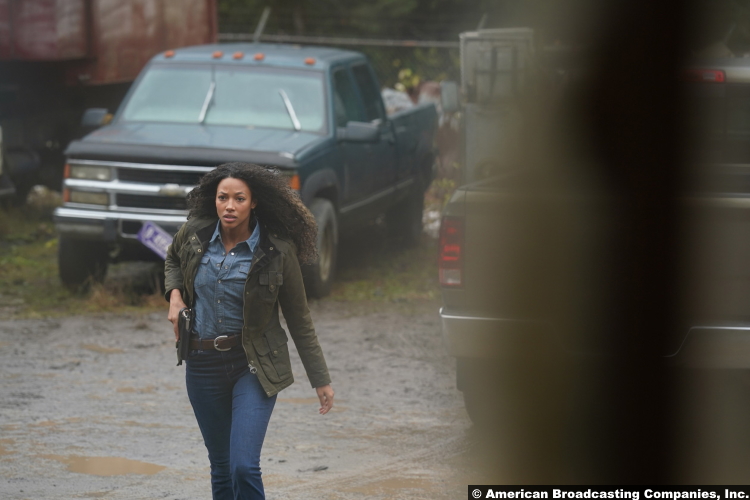 Rick wasn’t alarmed by the noises coming from upstairs because he was expecting the buyer (or buyers). I was expecting them, too, so I just kept waiting for someone to walk up behind Cassie, especially when she found Legarski at the foot of the stairs. He tries to mind-eff her, which I don’t get. He hasn’t been able to shake her so far, after all. Even if her hand is trembling, her will is solid.

In the end, he doesn’t give her much of a choice. He refuses to do anything that will deescalate the situation. And so Rick Legarski dies (maybe) at the foot of the stairs.

8/10 – So that was a pretty decent ending to the mini-season. We don’t know if Rick is dead for real, but at least Cassie knows she’s in the right place. Hopefully, she and Jenny can get those girls out of there. But I guess we’ll find out…some time next year.