Big Sky S01E06 Review: The Wolves Are Always Out for Blood – It’s not over yet…

Okay, so that break wasn’t as long as I thought it would be. When we last left the show, the girls had been found and Cassie had shot Rick. We pick up right where we left off, with the aftermath of all that.

That is to say, the girls are now safe-ish, and Rick is on his way to the hospital. Yep, despite the title of the last episode, it was apparently not a good day to die for him. He’s not well, by any measure, but he is still breathing. 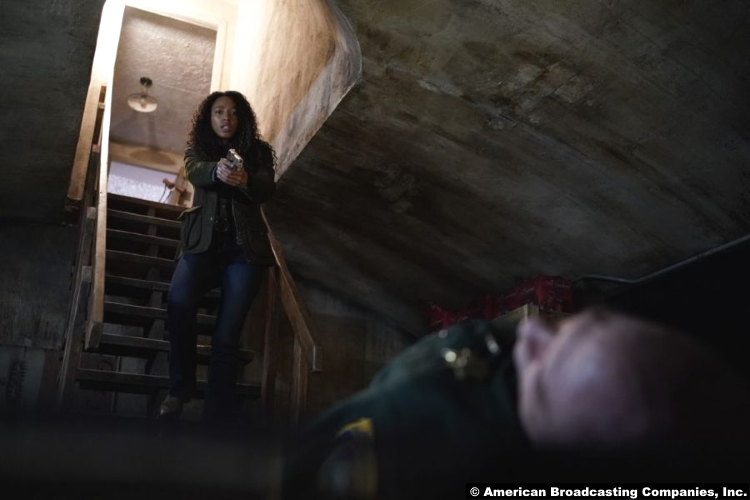 And I have to say, I really like how the show handles the aftermath with Cassie. It doesn’t go the cool action movie hero route by having Cassie be completely fine or dropping one-liners. Instead, she’s shaken, because despite what those cool action movies would have you believe, it’s kind of a big deal to shoot someone. In fact, she’s so shaken that the first time she says it out loud–“I shot someone”–she says it to Merilee, still Rick’s wife. For her part, Merilee is in shock, too. She knew at least subconsciously that she and her husband had become strangers to one another, but she definitely didn’t know how estranged.

Grace and Danielle are still recovering at the hospital, but we don’t really see much of them after the rescue. And while I like their characters, I also think that’s a good thing. Let them go home and be bright lights with bright futures. 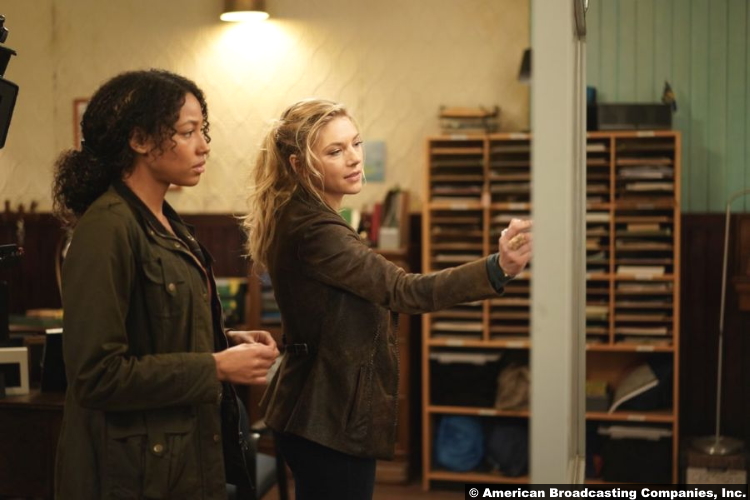 Jerrie, on the other hand, is going to stick around. Because in spite of Sheriff Tubb telling Cassie and Jenny that their part of the investigation is over, they don’t listen to that kind of nonsense. After all, they were both there when Cody’s truck was pulled from the earth. They both saw the figure inside.

And while they’re still unsure how to be around one another, they’re reaching a quiet alliance. At Cody’s memorial, for example, when Jenny breaks down while trying to sing his favorite song (Neil Young’s “Harvest”), Cassie joins her onstage to lend a hand. So does Jerrie.

That’s why her reaction is no surprise when Jenny arranges to meet her at a diner. Grace and Danielle have already given what they know, even sitting with a sketch artist, but they’re girls. There are things they might not notice or know that an adult like Jerrie would.

When Jenny meets with her, though, I was like, I don’t know why you’re trying to sell her so hard on this. She’s a fighter and a survivor, and she’ll want to help. And of course, she does. She knows what Jenny has done for her so far, and she knows what she’s lost. It seems obvious and right to her to help. 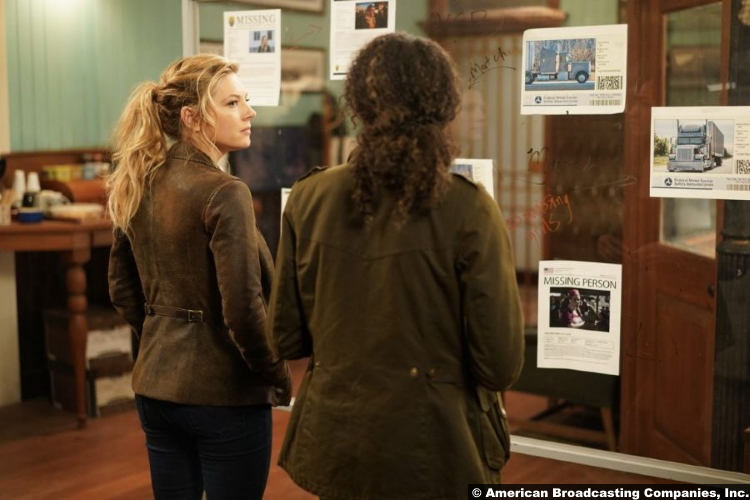 And that’s a good thing because they’re going to need all the help they can get. Ronald, of course, is still out there. His mother now knows the extent of his involvement, so I wonder how far she’ll go to protect him. I think she’ll go pretty far, if only because of the damage it would cause to her reputation if people knew what her son was.

As for Ronald, he’s trying to clean up and tie up loose ends. He repaints his truck, for instance, which is a small help. But mostly he worries that Rick has kept intel on him, tucked away in a secret room behind his bedroom closet. Ronald knows that he has to get into that room before the police stumble onto it. Unfortunately for him, Merilee is there and aware when he comes sneaking into the yard. Doubly unfortunate is the fact that Rick wakes up. I don’t think he can wriggle out of the legal aspects–the girls identified him as one of their captors–but he can be unpredictable.

I also think that they should be watching out for the girls. The sisters have their parents, yes, but Jerrie’s all alone. And I don’t like the way that guy, Jimmy (Dakota Daulby), acts around her. Most of all, I really don’t like that Ronald apparently leaves a note on her trailer door. I hope they catch him and soon.

9/10 – Big Sky is a better show when they don’t rush through the story and focus more on the emotions.