First of all, in case you missed it, ABC ordered an additional six episodes of Big Sky. I’m not sure how that’s going to work out with the story they’re telling right now or even when they’re going to film them. But they’re coming, I guess. Now onto this week’s story.

This week, unfortunately, highlighted one of the show’s weaknesses: its inconsistency. They want to be topical and mention the pandemic and “COVID discounts,” but, uh, why doesn’t anyone act like there’s a pandemic? I mean, yes, it is irritating that they wear masks on Law & Order: SVU until it’s time to talk to someone, at which point they unmask and breathe all over each other. 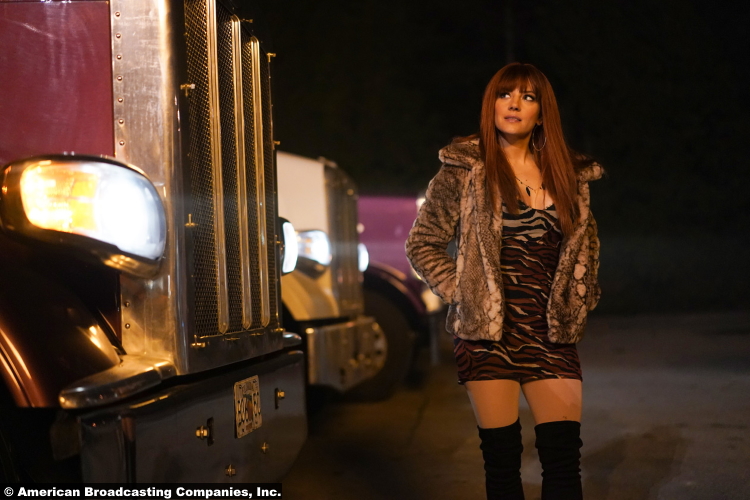 But unless I’ve missed it, not a single person has worn a mask on this show at any point. And even when Jenny goes undercover as a sex worker, the germaphobe trucker she meets is depicted as odd for insisting she use a hand sanitizer. (Cassie watching through the binoculars as they gargled mouthwash together was a great visual gag, though.)

This may seem like nitpicking–and it is, to an extent–but it takes me out of the story. This week, for instance, we have Ronald inviting Merrilee out dancing. I’m sure I should be wondering what he’s up to here–why he’s sniffing around Rick’s wife. Instead, I was wondering if Ronald had found a wormhole to another dimension where they not only still have taxi dances, but they also don’t have a pandemic. Can I go there? It seems nice.

Of course, part of the reason why Ronald’s suddenly taken an interest in Mrs. Legarski is because things have gotten tense between him and Rick. Part of it is that Ronald tells him about his mom’s suspicions that he’s involved with the missing girls. And part of it is Grace’s disgusting new plan.

Her leg obviously needs medical attention–she caught two arrows in it, after all. So she hatches a gross but effective initiative involving maggots. (I’m going to try to say this as delicately as possible.) They’re well-known wound cleaners, but at the same time, debriding the wound makes it look awful. Yada yada yada, Grace needs stronger medicine than hydrogen peroxide.

I’ll level with y’all–I haven’t quite figured out how Grace thinks this is going to help, besides making her look ready for sale. Or maybe delaying the sale? In any case, it seems like the real purpose is to get Rick to the homestead, so Cassie and Jenny, who’ve planted a tracker on his car, can see him there. Anyway, Rick does go to the homestead, injects Grace with what I hope are antibiotics and is clocked by Cassie and Jenny. 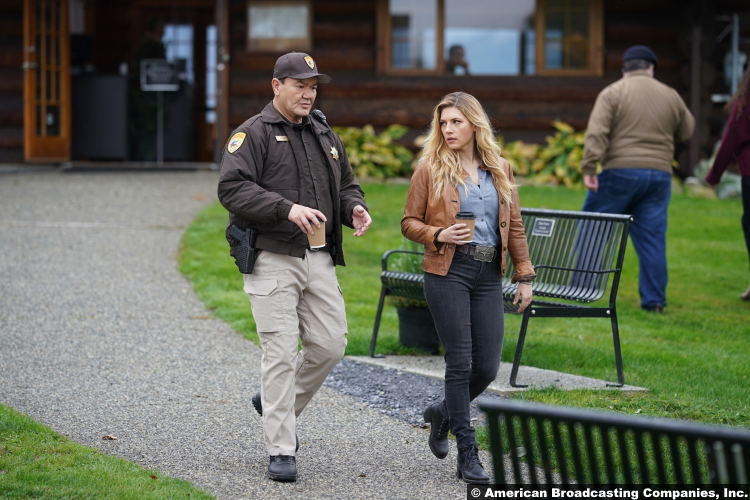 They had the opportunity to track him, by the way, because Jenny asked her friend and former boss, Sheriff Tubb (Patrick Gallagher), to interview Legarski. Rick puts on a big show, dropping a lot of current buzzwords (read: dog whistles) about cancel culture, but it’s unclear how Tubb takes it. I do want to point out, though, that he tried to tie Cody to that religious group again, which may be his downfall. The group maintains Cody never visited and they have video proof. Someone (outside of Cassie and Jennie) might start wondering why Rick is so determined to implicate the group. Or rather, to implicate someone else, period.

Anyway, if you saw the promo for this week, with Cassie and Jenny at the homestead and thought, man, they’re really wrapping up this story quickly, then I guess this was a disappointment. Because of course, the women don’t know what to look for and don’t find the trapdoor. So while they prowl around that barn, breaking stuff, they have no idea that the girls are right there, just a floor below. 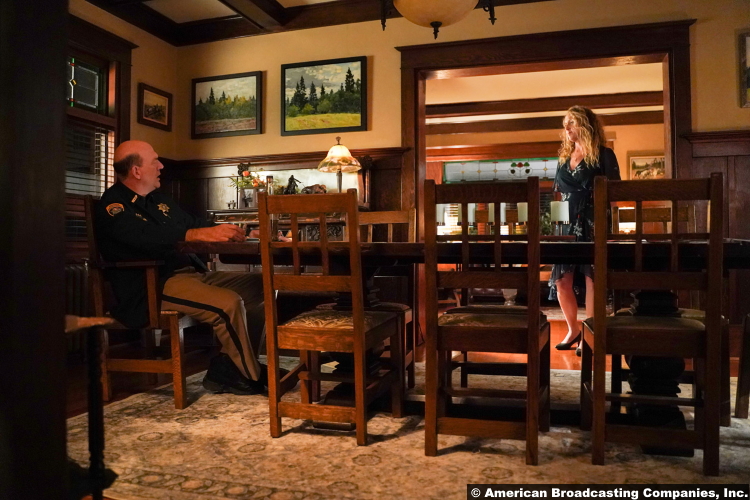 And they’re running out of time. Rick’s found a taker for the girls, after all. Not a buyer, though, which seems ominous. He might be preoccupied, however, seeing as how the final shot of the episode is him, hammer in hand, going upstairs to his sleeping wife. But we’ll find out more on all that next week on the winter finale.

7/10 – This wasn’t my favorite episode for reasons I’ve already explained. But I wanna add another one–Ronald’s weird relationship with his mother. What is going on there, exactly, that she brushes off stuff like the cereal incident? I wish the show would explore that more. It may be illuminated in the book, but I need more explanation here.