A beautiful and heartbreaking performance by Shohreh Aghadashloo starts this episode, as she trembles watching footage of the damage to New York City and tries, again, to contact her husband.  She meets with David Paster, former Secretary of Transportation, who is now acting Secretary-General.  He asks her to be part of his cabinet, and she accepts.  “We were only able to beat back the attack because of you,” he says.  He leaves, and she sits back down, trembling and trying to compose herself.  Her hands shake as she tries to put on her necklace, and she grits her teeth, takes a few breaths to try to regain her composure, and gets to work.  It’s some of the best acting I’ve seen from Aghadashloo, and that’s saying something. 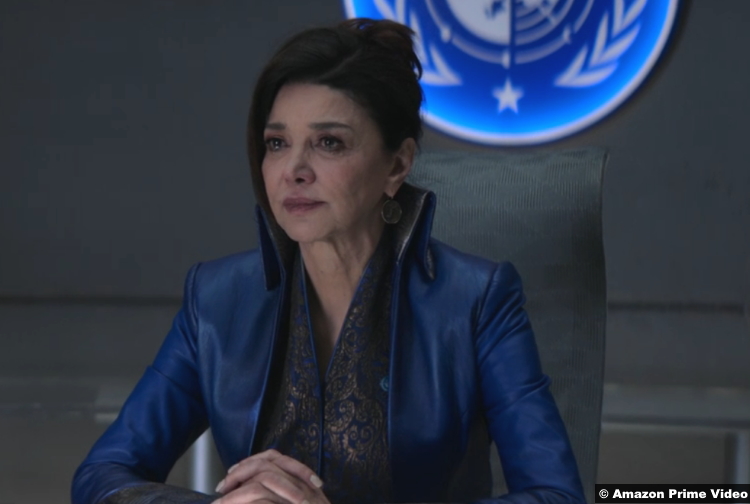 Amos and Peaches are freezing and nowhere, having escaped the prison, and they realize they can’t go to the UN relief site.  They set out into the wilderness to try to reach Baltimore, where Amos says he knows people who can help.  Peaches is struggling, her implants really wrecking her system.  A long cold walk ahead of them, they set off.  Good bonding conversations between the two of them about parents and growing up.  “There are ways that you can live a good life, without being a good person,” Amos says of his mother.  Eventually, Clarissa can’t go any further. They meet a guy with a campfire who tells them about an end of the world lunatic threatening to shoot anyone who enters his land.   Amos realizes the guy with the gun has supplies, and so he heads them over there.

“The thing about civilization is it keeps you civil.  Get rid of one, you get rid of the other.”  Amos tells Clarissa about the churn, and how it can make tribes smaller.

They reach the prepper’s home, and he’s not a nice guy.  They try to negotiate a trade of weapons for a water recycler.  The prepper makes Amos strip, which…ahem, this reviewer enjoyed.  Then the prepper is like “nope, I’m going to shoot you anyway.”  Cue Clarissa with her psycho mods all revved up, tearing the shit out of the prepper and then shooting him.  The two of them hole up in the prepper’s house, getting some rest and much-needed warmth.  More good bonding between the two of them – and more stellar acting from both actors. 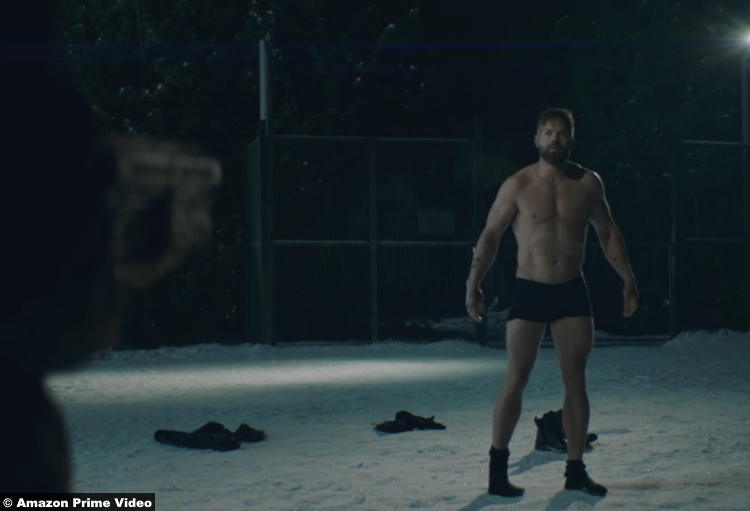 Holden and the crew have fixed the sabotage to the Roci and are preparing to hunt Marco’s Free Navy.  Monica Monicas her way on board. 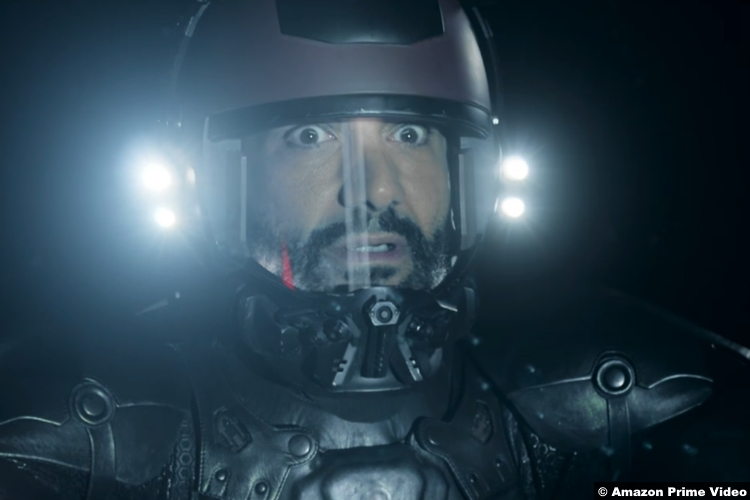 Marco is an unhappy Bond villain after Naomi ruined his plans to blow up the Roci.  He wants to space Naomi, but thankfully, the rest of the crew is Not Ok with that.  Including his son.  It’s a tense moment.  “Do it yourself!”  Cyn screams at Marco, finally standing up for something.  Marco makes Filips decide, which is…just so very cruel.  Filip spares her life.  Marco backs down, but what does this mean?  Karal tells Marco that she’d have spaced Naomi.  That’s cold. 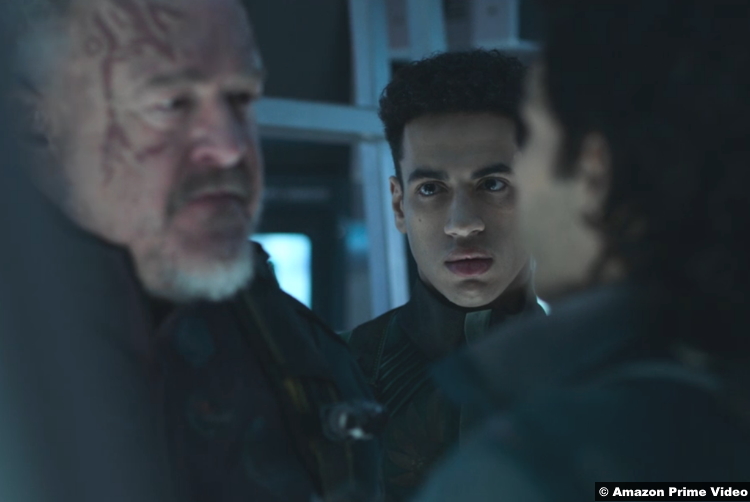 “He made you a murderer.  You ended millions of ordinary lives.  You haven’t felt the price of it yet, but someday, you will…”  Powerful words.

Is that doubt in Filip’s eyes?  It definitely is, but it’s too subtle a moment to justify the whiplash I feel from Filip’s character later in the episode.

Camina’s crew gets ambushed by Marco’s Free Navy.  They’re shocked that Marco has MCRN warships.  They dock.  Drummer bristles as Karal tells her to disarm.  Drummer hates this.  Marco is consolidating power.  Drummer realizes she and her crew are in an impossible position.  A tense discussion between Drummer and Blofeld…sorry, Marco, who bad guy head waggles at her.  She calls him out about murdering Ashford and Fred Johnson.  “They fought a war, and they lost.” 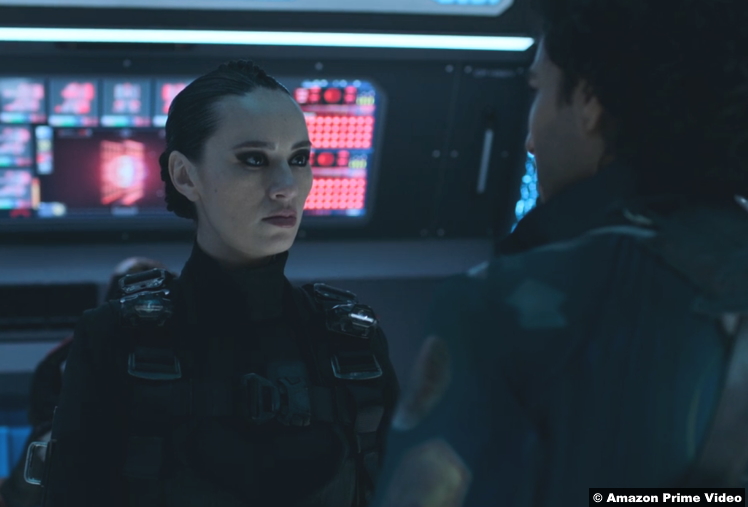 It’s a powerful scene between Drummer and Marco because Marco’s bluster versus Drummer’s anger makes for great sparks.

Big questions for the Belters – how do they grow food without the Earth’s live soil?  Marco has an answer, of course, based on the Ganymede agricultural domes.

Naomi’s crew has a tense discussion about joining Marco – the ethics of joining with a mass murderer.  Josep makes them realize that it isn’t a choice, that Marco’s actions will lead to war, and that they will build a united Belt.  It’s a hard scene, but Josep’s reasoning prevails.  Drummer’s crew reluctantly joins Marco, and a “tribute” or crew member from each ship is exchanged – which “promotes unity within the Free Navy.”  It’s more of a hostage situation – everything is very, very tense and dangerous.

Oops, Filip almost lets slip that Naomi is on the ship.  Drummer is suspicious.  Drummer says that Naomi saved the Belt – Filip wants to hear more about that. 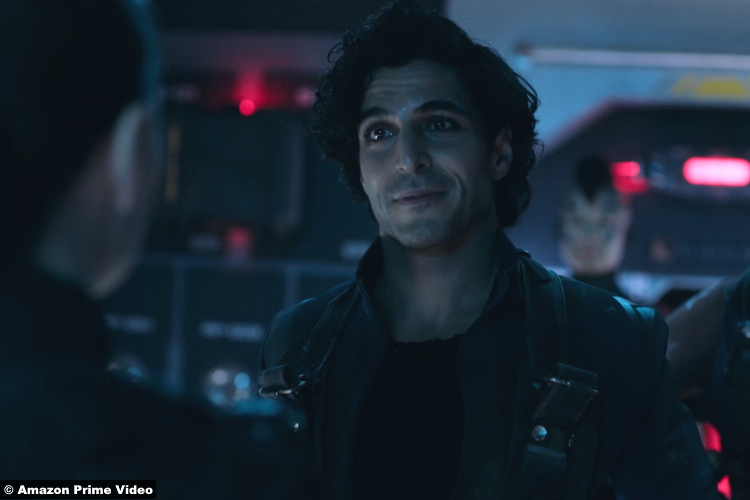 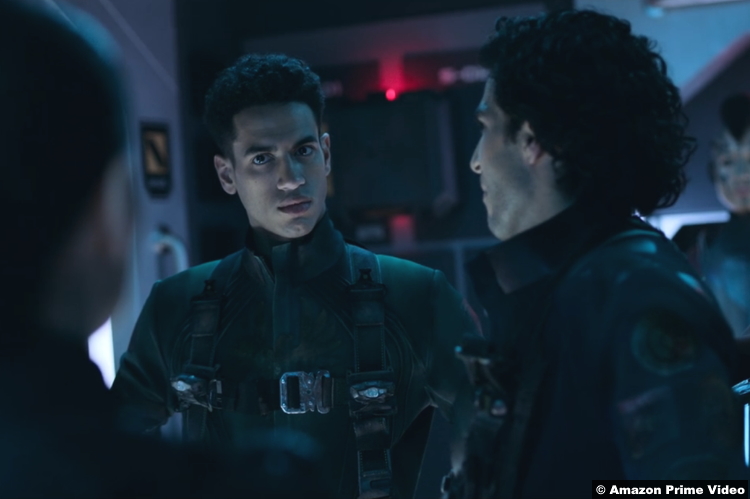 I’m not convinced of Filip’s sudden change of heart here – it all seems too sudden.  He goes to Naomi’s cell and talks to her, asks her to tell him about the Behemoth.  It’s just…a little too jarring of a change of heart for Filip, but maybe it makes sense.  Filip is a tough nut to crack – is he a true believer, or is he a scared kid clinging to a strong person?

Marco does…something sinister with a holo display after listening in on Filip and Naomi.

The episode ends with Amos and Peaches talking about their next steps as they rest in the prepper’s house.   Amos makes her a splint for her hand. Amos reassures her that he won’t let anything happen to her.  He heard her saying something about monsters in her sleep.  She tells him it’s a poem from prison.  “I have killed, but I am not a killer, because a killer is a monster, and monsters aren’t afraid.” 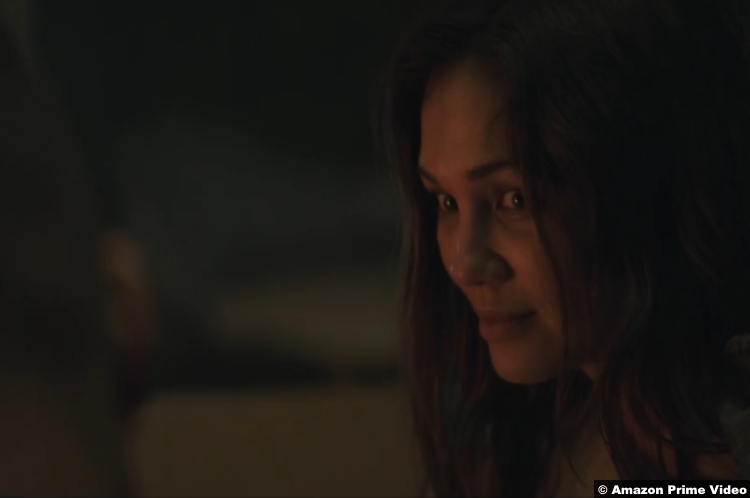 Peaches is troubled by how they murdered the prepper.  Amos is great here – “We needed supplies…and that’s where those things were…”  “We went out of our way to murder someone and take his stuff…it’s not the kind of thing good people do…” she counters.

9/10 –  Pieces coming together.  Trouble on the horizon.  This episode sets it all up, and does it brilliantly.  One point off for Filip’s abrupt change of heart.