The Expanse S05E04 Review: Gaugamela – The pit and the protomolecule

There’s not a lot of hope in this episode, and there’s a lot of misery, but Avasarala and Delgado’s exchange here might prove prophetic.

Once again, our heroes are busy on their own missions, some of which we get to see more of than others.  If I have one major critique about this season, it’s that the show seems to be having difficulty keeping up with all of its threads, so some threads get dropped super early in an episode and not seen again until the next episode – as with Drummer’s arc between episodes 2 and 3.  Here, we only get a short scene between Alex and Bobbie who are flying the Razorback – excuse me, the Screaming Firehawk – to chase down a Martian fleet they suspect of transporting weapons to someone in the Belt (which we all know is Marco Inaros).  As soon as Bobbie’s done with her weirdly incongruous speech about a dead rat, which is somehow supposed to comfort Alex who’s dealing with the devastating realization that the dream of Mars is dead, their screens light up with a traffic restriction warning from the UN, which alerts them to the rocks being dropped on Earth.  And then we’re done with their storyline. 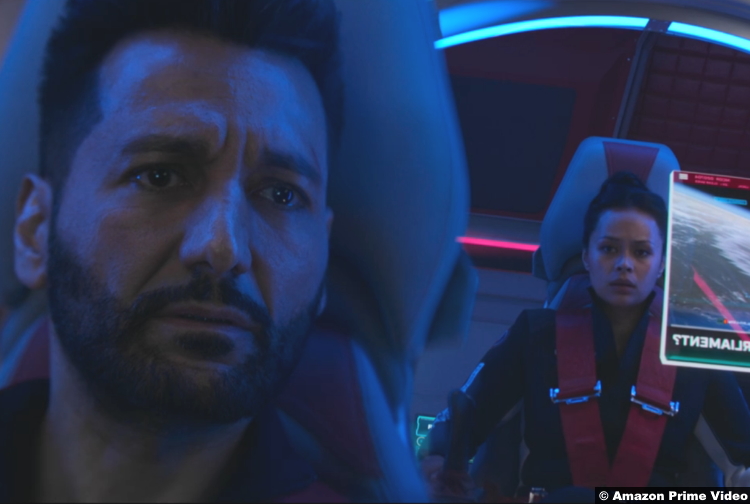 Meanwhile, Amos goes to visit Peaches at a UN prison in Connecticut.  She’s in a special ward for augmented humans, hooked up to machines and stoned on suppression meds.  They have a good chat.  Amos’s visit here is a great example of his code of ethics.  Peaches (Clarissa Mao) redeemed herself after her attempt at revenge against Holden failed, and her actions earned Amos’s respect.  Because of that, Peaches is among the people that Amos has to try to protect, or save.  That’s his code.  If you demonstrate loyalty to him, he’ll be loyal to you forever.  If you are disloyal or hostile, he’ll put you down.  There’s no middle ground.  That’s Amos.  He’s a fascinating character, and Wes Chatham portrays him better than anyone else I could imagine in the role.  There’s just so much depth and nuance in what at first glance looks like a dumb bruiser character, but in reality is a man forged in the fire of childhood violence, exploitation, and pain into a man with a deep and unshakable code of ethics. 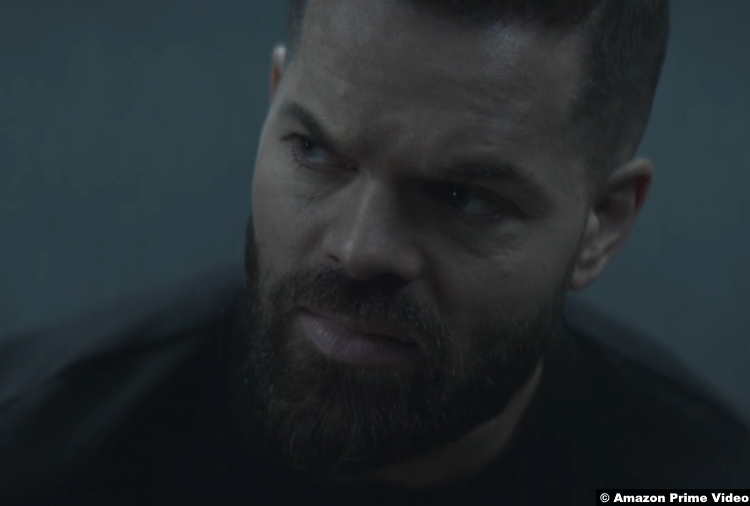 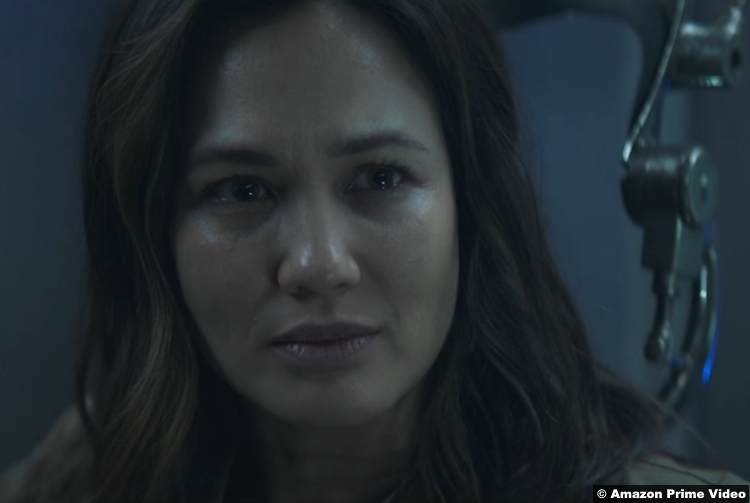 Amos and Peaches are interrupted because the prison gets hit by the shockwave of a nearby meteor strike, and everything goes black.  Are they ok?  Stay tuned!

Holden and Fred Johnson are on Tycho trying to ambush the Belter crew that is coming to pick up Monica from the storage container.  There’s a tense sequence where the Belter ship approaches, then slows, and Holden realizes it’s a trap.  The strike team bolts from the storage container, but not soon enough – the Belter ship blows them up.  Then Fred Johnson gets shot in the back by Sakai, and the show does a beautiful job portraying the zero-G horror of Fred’s injuries – he’s left standing there, but dying, while his blood swirls around him.  As he’s dying, he tells Holden to rescue the protomolecule from Fred’s quarters.  Sakai kills the comms, and the Belter ship deploys a huge evil robot into Monica’s room to retrieve the protomolecule.  There’s a big shootout, but that robot can’t be reasoned with, can’t be bargained with, and doesn’t feel pity, or remorse, or fear, and it just doesn’t stop, ever, until it has the protomolecule.  The choreography of the gunfight is a little fast here, and the fact that the good guys and the bad guys were wearing basically the same uniforms made it difficult to tell them apart.  But maybe the chaos was the point, and that’s fine. 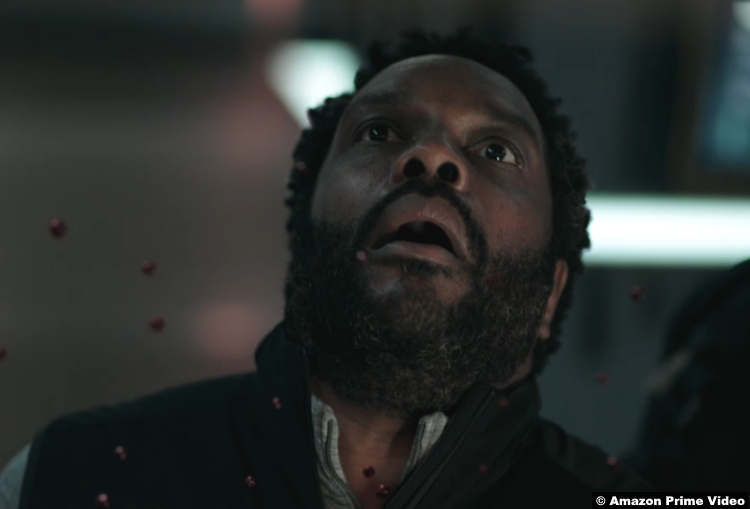 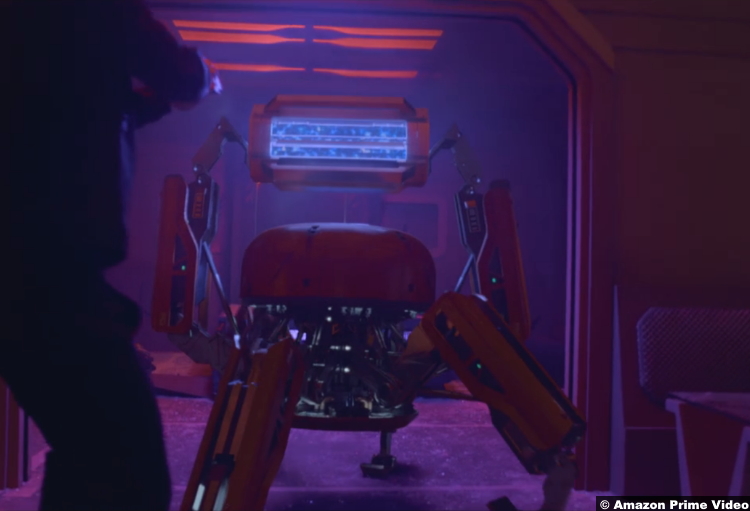 Avasarala is doing everything she can to try to get in touch with Nancy Gao, and Shohreh Aghdashloo is a brilliant firecracker in all of her scenes as usual.  Unfortunately, Avasarala and Admiral Delgado have been blackballed and nobody’s picking up their calls.  Avasarala has a flash of brilliance and calls the chef on UN1, who sets down a tray in front of Gao with Avasarala already on the line.  Avasarala drops the bomb that the rocks being hurled at Earth have Martian stealth tech onboard.  They figure out that they can link another set of “Watchtower” satellites to the interceptors and detect the rocks. 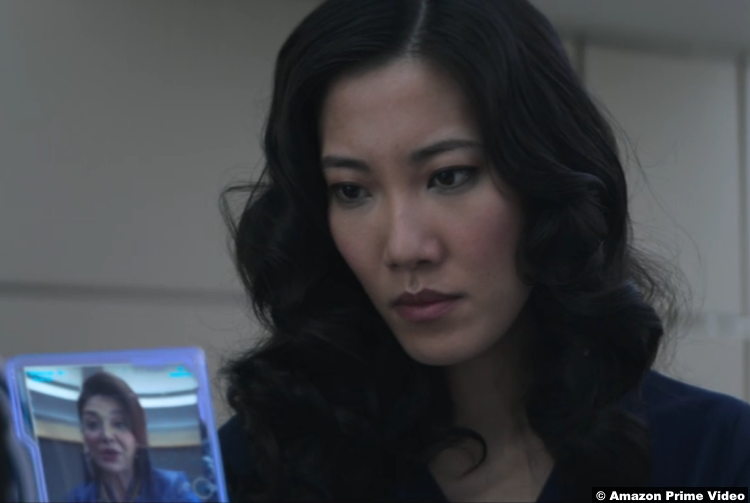 Avasarala and Gao are interrupted by UN1 being hit by the shockwave of a nearby meteor impact, and it looks very much like Gao and half the cabinet are dead.

Naomi is taken to Marco Inaros’s ship, where she has an angry conversation with Inaros and he Bond villains all over her.  Everything he’s doing is for the Belt, and now that the Earthers know the full might of the Free Navy after three meteor strikes, the Belt is on its way to being free.  Never mind the millions dead.  Inaros is on a mission. There’s a devastating scene where Naomi is locked into her quarters by her son, and I think it’s at that point she realizes, finally, that he’s fully lost, and she breaks down completely.  It’s a great scene of heartbreak and loss, and Dominique Tipper is well up to the task. 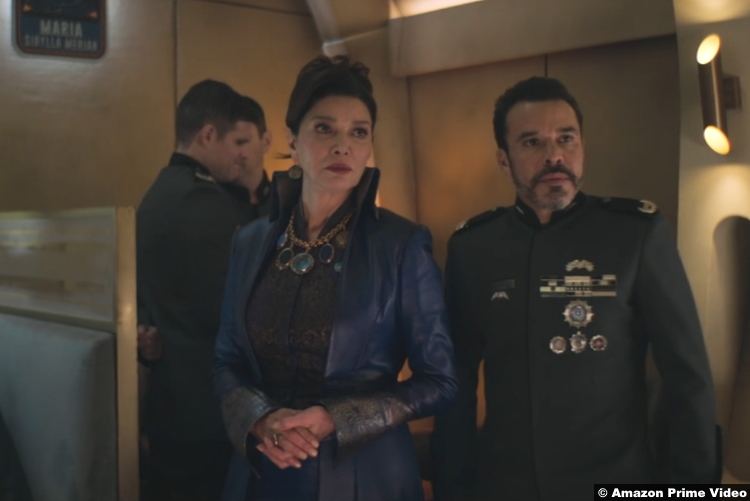 Then Avasarala and Delgado go to the bar, where two just awful extras say some stilted lines about the attacks being “devastating.”  But a few minutes later, everyone in the bar watches as one of Earth’s Watchtower satellites intercepts a meteor and destroys it.  Misery loves company, but so does hope.

The episode ends with Marco broadcasting his message to the Belt: the sovereignty of Earth and Mars ends at each planet’s atmospheres, and the Belt’s dominance of the ring gates and the outer planets is not to be questioned.  It’s all very Bond villain meets Khrushchev – which is to say, a bit much. 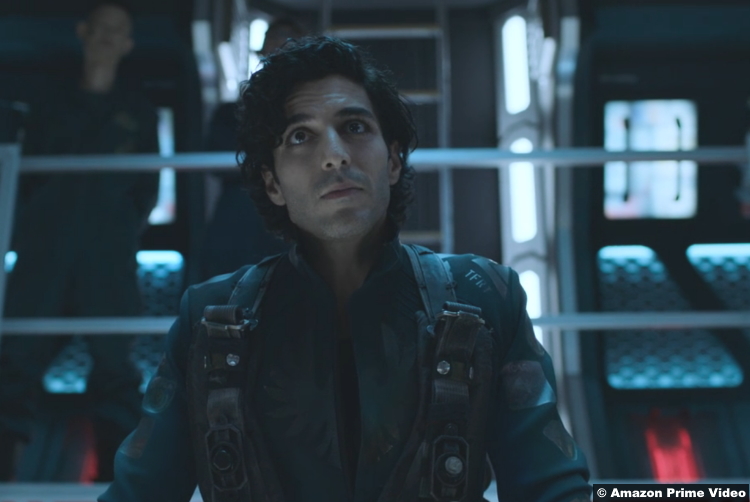 8/10 –  Two dings here – one for Marco Inaros’s overblown Bond villain posturing, and one for those just terrible extras in the bar.  The show continues to rocket along at breakneck speed, and I’m absolutely loving it.  Onward, beratnas and sésatas.