The Mandalorian S02E06 Review: The Tragedy – Short and effective

Last week brought us the fifth episode, a wonderful bridging of pre-Disney+ TV offerings and the new era of Star Wars TV…

The Mandalorian S02E05 Review: The Jedi – Brings two worlds together

I will repeat what I’ve said many times before, that this show has a tremendous visual style, excellent music, and an adventurous pace. Nevertheless, it is a shallow series. Should Star Wars be something more than superficial entertainment? It certainly can be and has in the past risen above the whiz-bang roots of the franchise. I don’t think that’s the direction Disney wants to take the property, and that’s fine I suppose; it’s just a missed opportunity. A little pathos and development from the characters is never a bad thing.

Granted, for most Star Wars fans, superficial is perfectly fine. Most are content with whatever is in front of them, so long as there are lightsabers, blasters, space dogfights, and all the expected sound effects and music cues. There are, I suppose, two kinds of Star Wars fans: There are “Star Wars” fans, and there are “fans of stories” who happen to love the universe of Star Wars. The former will make excuses for anything from the Holiday Special to The Rise of Skywalker. The latter will hold up the latter seasons of Rebels and the final few episodes of Clone Wars and say “do you know why this is so great? The reason has nothing to do with the glitz and pizazz of the universe; it’s great because of the characters, the drama, and the emotional connection they bring!” The problem for the latter fans is, the former fans like Rebels and Clone Wars too, they just don’t need as much to be satisfied. So, being lazy, producers tend to work to satisfy the lowest common denominator of fans. 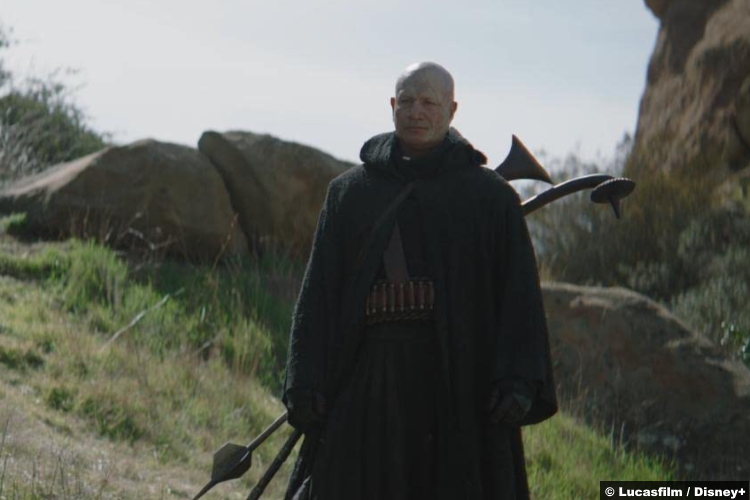 I say all that to say this: I’m of two minds about Episode six of Mandalorian. It’s a very good Star Wars thing, but not a stunning episode of TV. Most notably, the episode featured the return of Boba Fett, his reappearance coming after it was teased in episode one. I should pause and quote something I wrote in a previous article…

Is there more planned or not? If not, then what’s the point? Is it just to populate the world with characters that could be brought back should the writers ever develop a plan for them? Is it just to flood social media with buzz and hype to draw eyeballs without any intention of doing more with these cameos than a one-off appearance? Of those two options, I’d prefer the former but I’m cynical enough to Disney to believe the latter. Nevertheless, I have enough faith in Dave Filoni to hope for something else: I hope there is a plan to bring these disparate Star Wars characters together

Good Matthew. On the other hand, I also wrote this…

there was nothing in episode one that specifically earned my return-viewing. It didn’t hook me and make me say “wow I can’t wait to see where this goes…” Maybe you thought that about the Boba tease, but the fact that there was no follow-up to that tease in [episode two] should tell you that you shouldn’t have gotten excited based on the Boba Fett sighting.

Not so good, Matthew.

I was wrong to think we’d never see Boba again, or that the various one-offs in various episodes over the past season and a half were ultimately pointless bits of fan-service. This episode has now ended that discussion. There is more to The Mandalorian than meets the eye and I need just to sit back and enjoy it. In fact, the middle of this season has been lightyears better than the sagging middle of season one. It feels like the latter seasons of Rebels, where there were so many threads and potential areas the show could digress into. It makes me excited, not only for the rest of this season, but for a third season and potential spin-off shows, too. 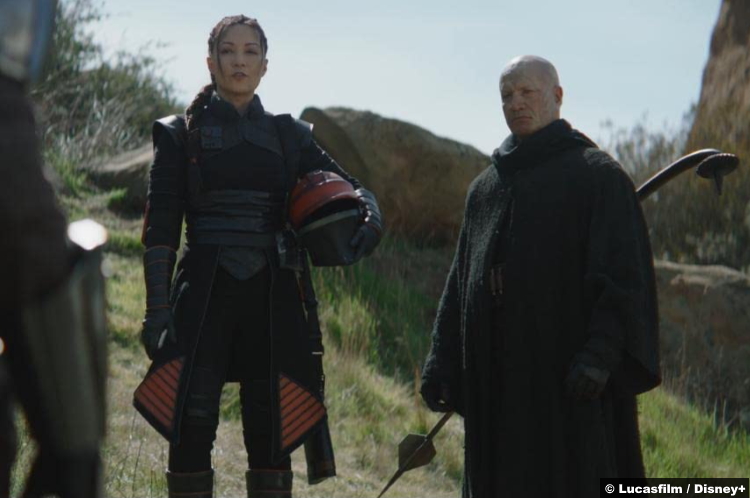 To an extent. I will persist in arguing that each season would work better as a trio of movies. It feels like it was written that way and then chopped up for TV viewing, making for some episodes that run 45 minutes and some, like this week, that only last a half-hour. Nevertheless, for what it was, it was highly enjoyable. And as long as we’re quoting past comments I made, I will pat myself on the back for this prediction last week:

The prospect of visiting a Jedi Temple and potentially meeting another force user is beyond enticing, though I have a hunch it’s a head fake and we’re instead going to see the bad guys (currently tracking Mando’s ship) spring a trap 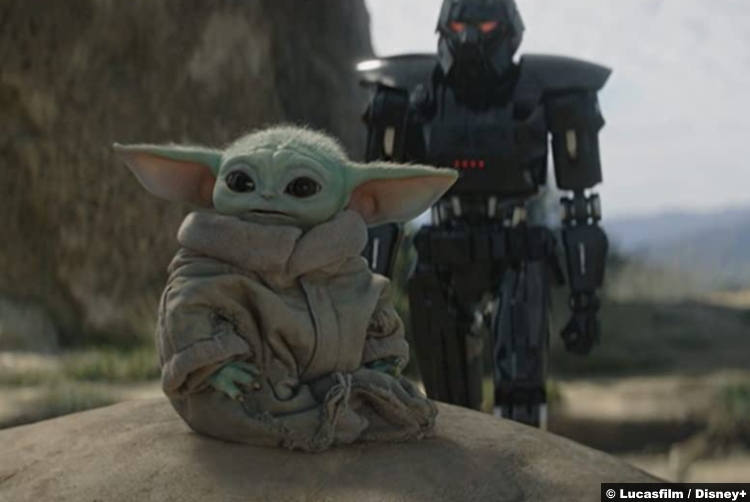 Nevertheless, the episode was little more than a fleshed-out act of a longer episode. There was no plot whatsoever. Land, fight, escape. That’s it. The parts were tremendous; the whole was lackluster. Stick it in the context of a larger story or movie, and it’s a great half-hour sequence. It’s not a particularly great TV episode, however.

Without question. The bright, open-air, outdoor environment is always a nice change of pace in Star Wars, where much of it happens on spaceships, in buildings, or in barren landscapes. Seeing Slave 1 circling the area across a blue sky was wonderful. Temuera Morrison was never a voice actor in Clone Wars and yet, seeing him there looking like a fully-realized version of characters like Rex and Cody and Fives was just as delightful as seeing Ahsoka last week. 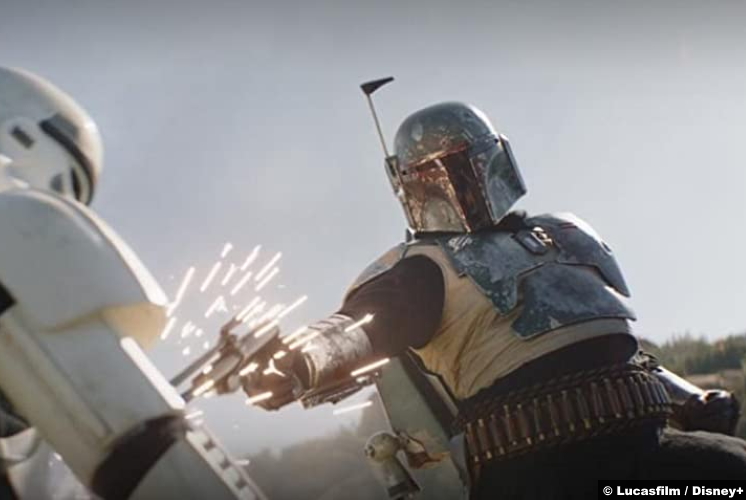 It was a great dip into the world of Star Wars. As a fan, I was serviced. That’s about all I can say.

8/10 – An entertaining half-hour of Star Wars that works better, not as an episode of TV, but as a half-hour segment of a larger story.