Last week, I mentioned that it was important for Cassie to hear that she should have been treated differently as a child. As badly as Davey had it, it wasn’t healthy for Cassie, either–obviously. So it’s nice this week that she gets the chance to comfort her younger self. It won’t solve all her problems, of course, but it’s an important first step. 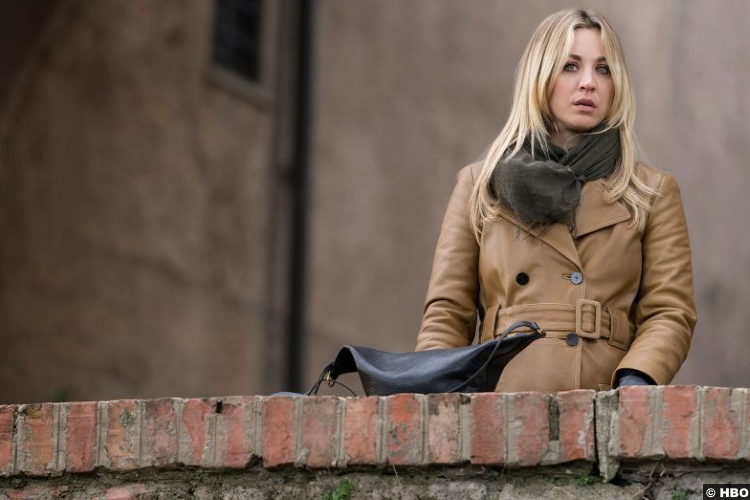 At the same time, I think that’s why her conversation with Enrico’s nonna (Anita Zagaria) is important. Yes, Cassie is a big mess and makes a lot of unwise decisions. But she’s not a bad person. Enrico (Alberto Frezza) sees her as “luminous,” and I can see that, too. There is a desperation within her, but there’s also hope.

And when it comes down to it, she makes some good decisions. I was particularly proud of her for the stunt she pulled when she ran into Buckley at the airport. I wasn’t sure what she was going to do when she rushed toward him, but pretending that he’d just assaulted her was a clever move. And of course, it led to a good moment with Megan.

Megan’s storyline has puzzled me all season, obviously. I didn’t understand her motivations or where they were going with all this. We learn a little more about her motivations in this episode, though, or at least what she says they are. (More on that in a moment.) According to her, when she was approached about it, she took it as a lark–a little (mostly harmless) corporate espionage. It seemed fun. She felt pretty invisible as a middle-aged woman whose child is almost grown, and this was a chance to do something exciting. Sure.

Of course, exciting has a way of tipping quickly toward dangerous, as Cassie knows all too well. So while she’s trying her best to come up with a plan, other forces are conspiring to help her. Back at home, Agent White is pretty hyped because the results have come back, and Cassie’s fingerprint is in blood inside the bottle that was used to kill Alex. Agent Hammond, on the other hand, is a little more reticent. Everything seems tied up too nicely, and she doesn’t trust that. It’s with good reason, though, especially since Annie shows up right after that with a thumb drive full of smoking-gun evidence. All of it just seems a little beyond Cassie. And then Annie sees an image of Buckley in Bangkok.

She doesn’t really know who he is, beyond having a stupid name, but the fact that he was in Thailand is a little too coincidental. And that’s before they see his name on the manifest to Rome. We obviously know that he’s in Rome, because we’ve already seen him. Well, we’re about to see him again.

After Enrico helps Cassie safely into her hotel room, he leaves her to go get her some coffee. (This fancy hotel has no coffeemaker in the room? Or room service? Okay.) Cassie tries to relax, but she’s unsurprisingly edgy. Then she spots something poking out from behind the shower curtain. It’s Miranda, whom we last saw in a fight with Buckley (aka Felix). It looks like she didn’t win, because Felix is now dangling from the ceiling. 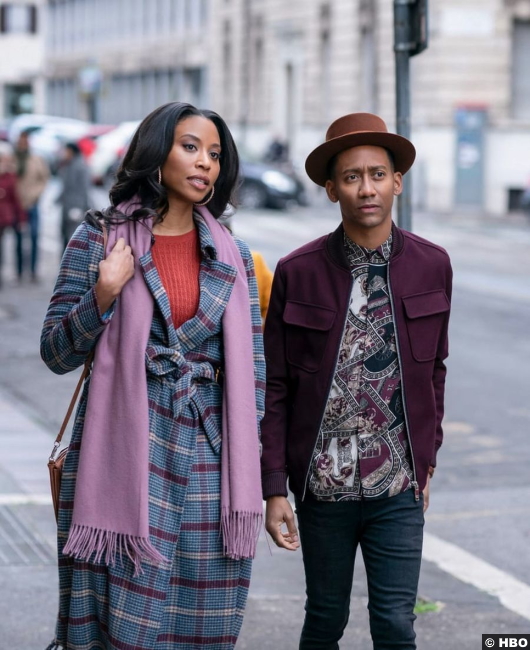 He and Cassie struggle, but it’s pretty one-sided–he’s a trained hitman, after all. He gives her a Bond villain-esque monologue about how they could have run away together, which is reason enough to shoot him. And then Enrico gets back. Again, the struggling is tipped in Buckley’s favor, so Cassie bonks him over the head with a lamp. She manages to get the gun, too, and for a minute, I was very anxious. It looked like the show was going to do that thing where someone has the upper hand, but then they have to pause and think about it/give the aggressor time to steal the weapon. Luckily, though, Cassie gets her senses together enough to shoot Buckley.

Unfortunately, she’s a terrible shot and only hits him in the legs. Fortunately, Shane (Griffin Matthews) is a much better shot. That’s because, as he explains later, he’s actually a CIA agent. He’d been placed in their flight attendant rotation, or whatever it’s called, to keep tabs on Megan, who is, after all, committing treason. That’s what makes me question Megan’s motivations and her explanation. Like, does the CIA deploy a guy and a whole operation for one lady? I guess, maybe, if the consequences are dire enough. 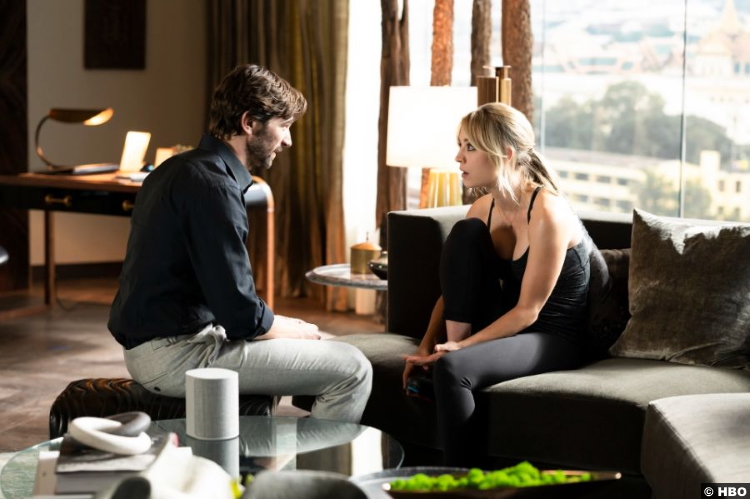 Anyway, Enrico survives, but so does Buckley. And we have to assume that Miranda does, since she’s missing from the bathtub. Megan abandons her family for an unknown future, while Cassie reunites with both her real family (Davey) and her surrogate one (Annie). She turns the lights off in her mind memory of Alex. She’s still not without flaw, but the future for her looks almost…luminous.

(And we’ll get to see it because The Flight Attendant has been renewed for another season.)

9/10 – I enjoyed the episode and thought it was a pretty good season overall. While a little frustrating at the start, it let us get to know Cassie and the wounded little girl who she still was at her core. I’m interested to see her continuing adventures, whenever that will be.