As I mentioned last week, every episode ends with a cliffhanger. Last week’s final episode, “Funeralia,” ended with Cassie on the train back from Alex’s memorial, running into Miranda. Of course, she does the Cassie-est thing possible, slinging her shoe at Miranda and running amok through the train.

It comes to nothing, but at least she knows that Miranda’s real now. And we learn a little–very little–about Miranda. She has a boss, Victor (Ritchie Coster), and apparently she was trying to get something from Alex. Whether it’s a tangible thing or something more abstract, like a code, we don’t know, but whatever it is, it wasn’t in Bangkok. Victor tells Miranda to leave it alone and leave the United States (for London), but she’s a dog with a bone.

That means that Miranda is still sniffing around New York, and more specifically, sniffing around Cassie. It seems as if she thinks Cassie is some kind of undercover operative, which is hilarious. Yes, she uses a fake name when she makes her very obvious attempts at playing detective, but only because it’s about the only smart thing she does do. 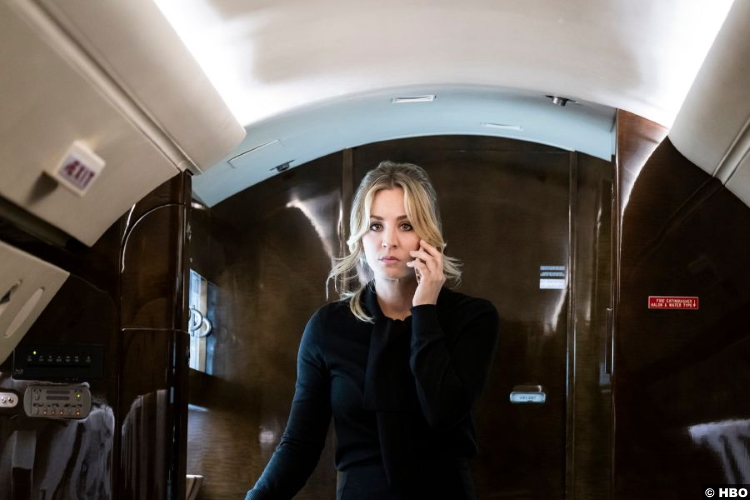 Anyway, Cassie has found out that Lionfish, the shady holding company Alex and his family’s company was tangled up in, uses MinuteJets to run a regular flight from Teterboro to Maine. The absolute wildest and most foolish thing for Cassie to do is to join the flight crew, so you know right away what she does. 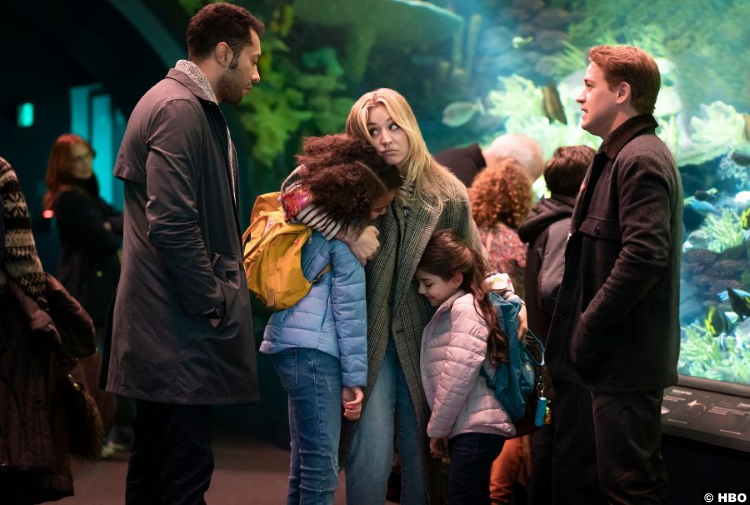 Before then, though, her brother Davey (T.R. Knight), his partner, and their children arrive in the city for a visit. Cassie meets them at an aquarium and it seems to go well. However, when she’s waiting for them at dinner, only Davey arrives. He’s upset because Cassie bought stuffed animals for his daughters at the aquarium after he told them no. Well, actually, he’s upset because she bought them and then told them to keep a secret. His reaction seems over-the-top, to say the least, especially how he’s framing it as Cassie’s trying to make his daughters like her and dislike him.

Through flashbacks to their childhood, though, we get a better sense of where he’s coming from. Their dad (Jason Jones) was a drunk who clearly favored Cassie. As we’ve seen before, he also started Cassie on her path, getting her to sneak beers for herself when she was still a child. It’s a mess.

But at least she’s making some kind of slow progress on her “investigation.” (She is making headway, but the whole process is so rickety, I feel like I have to put it in scare quotes.) The empty MinuteJets flights appear to be a way to move cargo, particularly a kind of battery that may or may not be used in rocket launchers. Yikes. 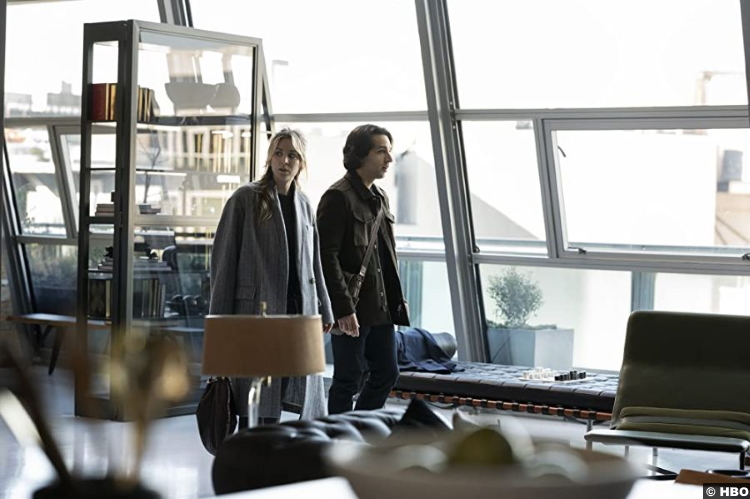 And she and Annie’s not boyfriend Max (Deniz Akdeniz) are working well together. Their attempt to break into Alex’s home computer is a bust, mainly because Miranda shows up and busts it. Cassie does find a billing statement or whatever from MinuteJets that lists a business address for Lionfish, though.

When she and Max get there, however, it’s less than impressive–a basically empty warehouse with a server bank. But what Max finds when he cracks a computer in there is…well, it’s not so much impressive as it is terrifying. It appears that Alex moved $200 million offshore from the Lionfish accounts, which is certainly a reason someone might want to kill him. And yes, it’s scary that someone out there might think that Cassie knows where the money is, which is just compounded by the fact that there’s a scan of her missing ID on the computer. Well, there are scans of several people’s IDs, but they’re all dead. The only IDs belonging to living folks are Cassie’s and “Elena King”‘s, who is clearly Miranda. 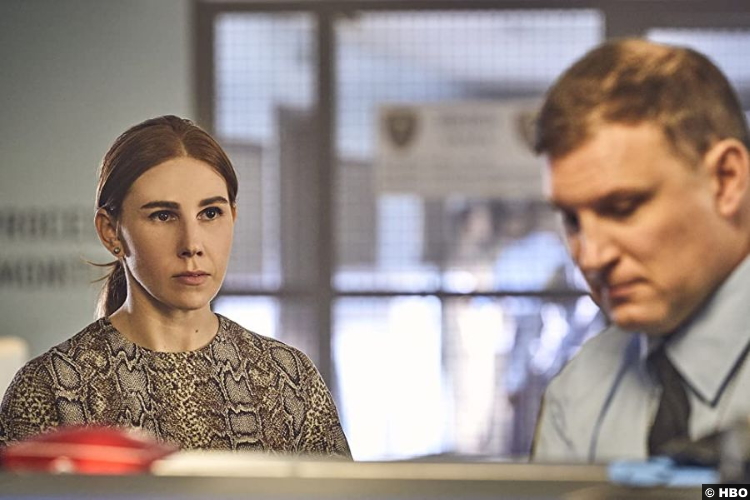 Meanwhile, Annie is returning the favor she accepted when she got Cassie that get out of jail free card (or rather, that get out of the Sokolovs’ house free card) last week. It seems pretty benign on its face–they want her to visit a prisoner and smuggle in a wee envelope. However, the message they want her to pass along, that the prisoner’s family will be taken care of, is ominous. Still, she does it, and I have to say that Zosia Mamet is incredible in the visitation scene, especially when the envelope’s contents, two pills, are revealed. I don’t know how she made her eye twitch on command, but it was breathtaking.

After all that, she unsurprisingly just wants to go home with Max, eat some leftover pasta, and veg out on the couch. Unfortunately, though, after Max realizes that his intrusion has been noticed, he and Cassie beat a hasty retreat. Not hasty enough, though, because a car comes gunning right for them. Max pushes Cassie out of the way, but at the expense of himself. And that’s our cliffhanger until next week.

As for the show as a whole, while I’m still enjoying it and Cassie’s many, many absurd decisions, I’m still unsure about Megan’s storyline. Rosie Perez is as good as she always is, but it’s unclear why we’re spending time on this story. I can see ways it could tie into the main storyline, but we’re kind of running out of time to do that.

And then there’s Buckley, who’s quite the odd duck. He seems nice…ish, but he also seems way too interested in Cassie. But what do y’all think?