It’s safe to say that Cassie is rapidly approaching rock bottom. After the car accident that ended last week’s double feature, Cassie’s at the hospital with Annie. Annie is understandably furious. 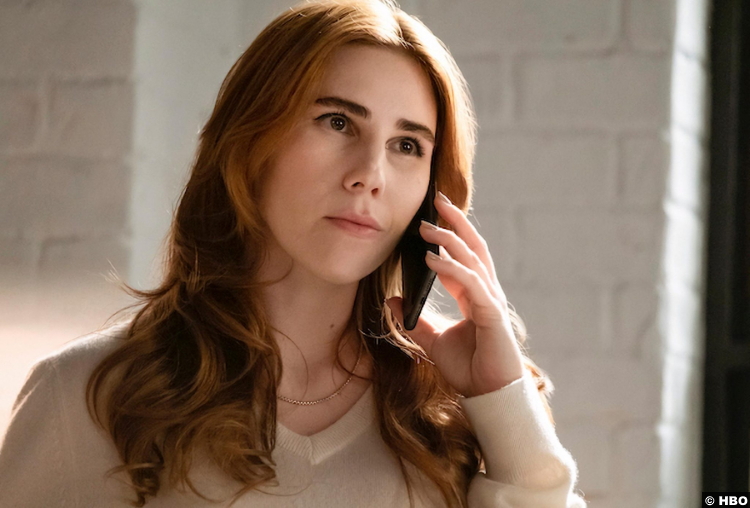 Max, thankfully, is still alive. And although we’ve been with Cassie and understand her, it doesn’t take a leap to see where Annie is coming from. The things that Cassie is saying sound like a special mixture of bananas and paranoia. For instance, an intoxicated teenage driver hit Max, not an operative for a shadowy conspiracy. And Cassie’s lost the thumb drive with the meager proof she has.

Annie’s had enough, so she orders Cassie to get her stuff out of her apartment. And without Annie, Cassie really has no one, at least no one in the city. All her work friends, who are really just acquaintances, decline her invitations or just dodge her calls. The only one who actually wants to spend time with her is Buckley, who is really persistent.

So, having no other real options and refusing to be alone with herself, she goes out with him. They get incredibly drunk–so drunk, in fact, that neither of them notice Megan come in and borrow Cassie’s phone. It seems that Megan accidentally butt-dialed Cassie and left a voicemail in Korean. The only obvious solution is to sneak into the bar dressed like a stock photo for “spy” and delete the message.

On that note, let’s take a side trip into the side Megan story. So now we know that the North Korean government paid Megan to infect her husband’s laptop with malware. This might end up tying into the main story, but at this point, right before the finale, it feels like they just stuck this storyline in there so they could have something to cut to. Also and less meta, why did Megan do this/how exactly did she expect it to work out? I’m going to guess the answer to the “why” is “money.” As for the second, I’m still at a loss. If Megan speaks fluent Korean, then I’m sure her husband is aware of it. Maybe she didn’t think his company would find the spyware? That’s the only thing I can think of, because if they do, then I’m sure it’s not a leap for her husband. She is the one who asked him to bring it home, and for a super flimsy reason.

Anyway, that storyline’s left at an impasse this week, so back to drunken Buckley and Cassie. He goads her into helping him steal a horse from a kiddie ride, which they promptly fling into the back window of someone’s car. They end up arrested, which is probably the worst possible situation for Cassie, outside of a shady operative killing her. The longer she spends in her head, the clearer her childhood memories become. She realizes how awful it was for her brother.

She calls him from the jail, which couldn’t have surprised him that much. They have a good heart-to-heart, though, and she’s able to tell him that he didn’t deserve the way their dad treated him. Just as important, he tells her that she didn’t, either. Later, the full memory of her father’s death will hit her, and we see why it’s so traumatic for her. Her dad died while he was drunk-driving with Cassie in the car. She blames herself, because she says he only got drunk like that when he was with her. Mind-Alex tells her that it’s not her fault, which it obviously isn’t. But she was a child, so she took it like one. I hope she can get some help if she survives this nonsense. It’s not looking good, though.

Someone pays her bail, which makes me nervous, because there’s no viable person to do so, unless her brother did. I have no idea how out-of-state bail payments work, but it doesn’t matter, because it wasn’t him. Miranda springs her. 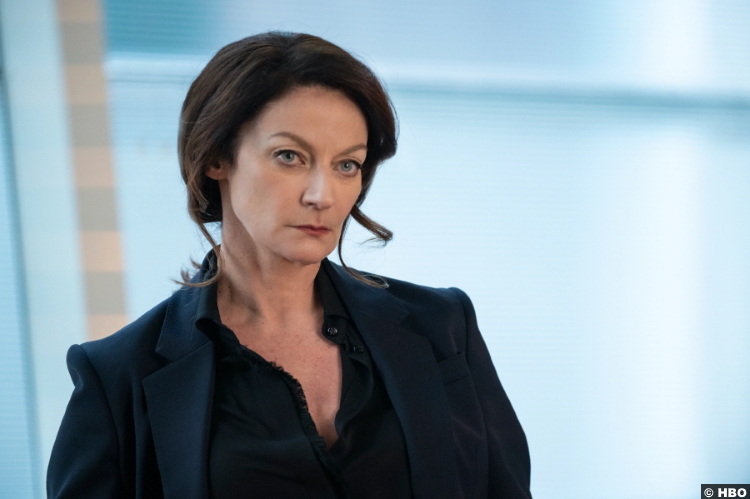 Cassie finds out that Miranda thinks she’s also an operative, and after a lot of back-and-forth, it finally hits Miranda. Cassie IS just a flight attendant, who got swept up into this mess, whatever it is. Well, we know whatever it is, because Miranda tells Cassie. After Alex found out about the illegal stuff Mommy and Daddy were up to, he started trying to throw a spanner in the works by taking that money. Also, Miranda says she didn’t kill Alex. She also claims that she didn’t kill Sabrina or the FBI agent who’d been trailing Cassie.

So who did? Miranda claims it was another one of Victor’s assets, a guy she calls Felix. She also says that he’ll be coming after her and Cassie, so they’ve got to make a plan. Cassie’s plan, as always, is Annie. Even though they make up, too, Annie can’t be that much help to them. Not only did she quit her job, but she also believes that Miranda is too tainted by her misdeeds to get federal immunity. So the strange duo, Cassie and Miranda, have to come up with another plan. 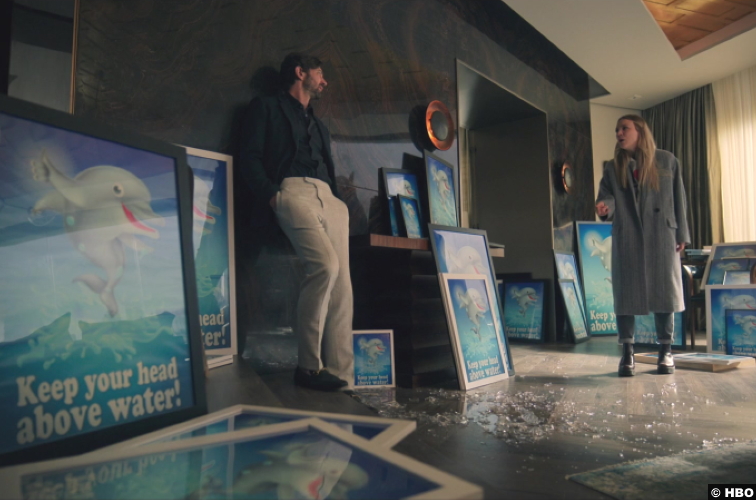 And that’s finding the money that Alex squirreled away. When Miranda says that the account would have been encoded and suggests places Alex would have kept that info, including a notebook, Cassie figures it out. She kept Alex’s copy of Crime and Punishment, which is still in her bag at Annie’s apartment.

It’s a bingo. The account numbers are inside. Unfortunately, so is Felix, who tries to open the latched door with a knife in his hand. Real subtle. The women manage to make it onto the roof, and then onto a neighboring roof, where they hide. And then Miranda drops the bomb, although she doesn’t realize it. She mentions a terrible thing Felix did in his youth. The problem is, Cassie has already heard this story, or at least another version of it, from Buckley. That’s right, he’s Felix. No wonder he seemed a little too interested in a big ol’ mess like Cassie.

Cassie has to fly to Rome for work, so Miranda suggests they make that part of their plan. Lure Felix to Rome, where Miranda can kill him. Cassie doesn’t really like that last part, but she may have to live with it. Or else she won’t be living for much longer.

9/10 – These episodes were as fun and fast-paced as the show has been all along, but I liked that they let Cassie get to her emotional center. She still has a lot of issues–and what’s with the rabbits?–but at least she’s getting to the root of some of them.