The Flight Attendant S01E01-03 Review: In Case of Emergency, Rabbits, and Funeralia – An intriguing mystery

Cassandra “Cassie” Bowden (Kaley Cuoco), the titular flight attendant, is a mess. I mean, even before the dead body. 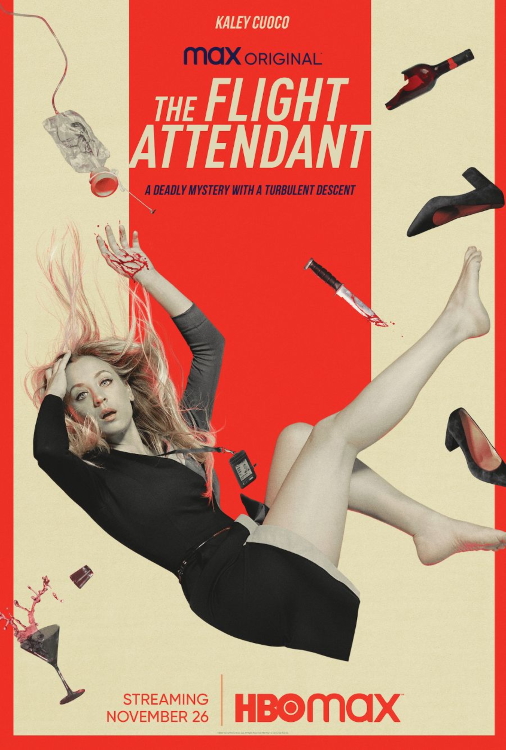 She drinks a lot, for one thing. And I mean, get down how you want to, if that’s how you want to, and if it’s not affecting other people. But in her case, it is. You can see it on her coworkers’ faces, the way that most of them don’t find it as cute and charming as she maybe thinks it is.

So when she takes home passenger Alex Sokolov (Michiel Huisman), after their flight to Bangkok, it’s probably not a great idea, but it is in keeping with her whole vibe. It’s classic Cassie, really. 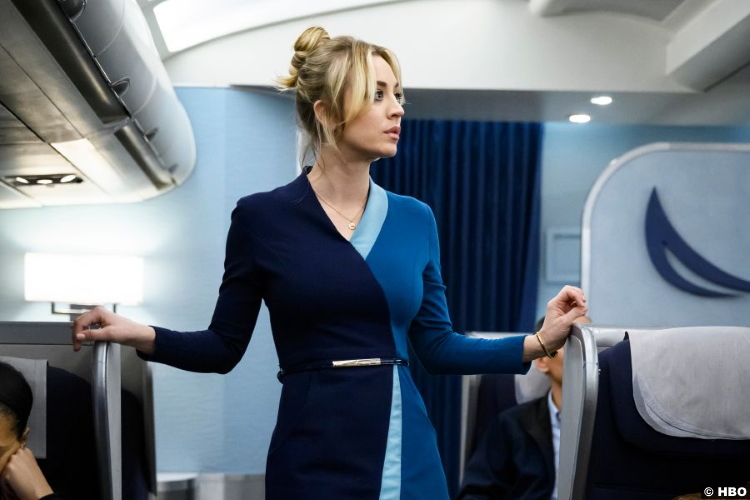 What is not usual, though, is what happens when she wakes up the next morning. She’s hungover, she accidentally sips a glass of vodka that she thinks is water, and she prepares herself for another post-drunk morning. But there’s a slight problem.

It’s that dead body. It’s Alex. And he’s not just dead–he’s been murdered. That is, unless he slit his own throat. (Note: While I’ve read Chris Bohjalian’s 2018 novel, upon which this show is based, my policy on spoilers remains the same as always. That is to say, while I will give context if needed, I won’t spoil stuff. I will say, though, that Alex was definitely murdered. Unless they radically changed the book plot.)

Obviously, Cassie is freaked. And of course, she’s hungover, if not still drunk, so she makes a lot of dumb decisions. For instance, she lingers in the room too long, long enough to be spotted by a housekeeper. She calls her good friend Megan (Zosia Mamet), an attorney, and asks a lot of weird questions about Meredith Knox. You know, when you’re trying to look innocent, and you randomly call your pals and ask them stuff like, “Did [Meredith Knox] call the police?” (She later comes clean to Megan, who has a come-apart, as you might expect.)

And then when the body is discovered, the agents investigating (Merle Dandridge and Nolan Gerard Funk) want to speak to the flight crew. That’s pretty routine, I would think–it would make sense to ask them about Alex’s demeanor or if they saw him after they landed. But instead of going to the meeting, Cassie tries to “flee” the airport, as they put it.

On the other hand, you can get where Cassie’s coming from. Sure, she could admit to flirting with Alex on the flight, then claim ignorance of anything after that. But the problem is, again, her drinking. While she isn’t a violent drunk, as far as she knows, that’s about all she knows. She has no idea who could have seen her with Alex or what they saw. (Alex, meanwhile, is now talking to her inside her head.) 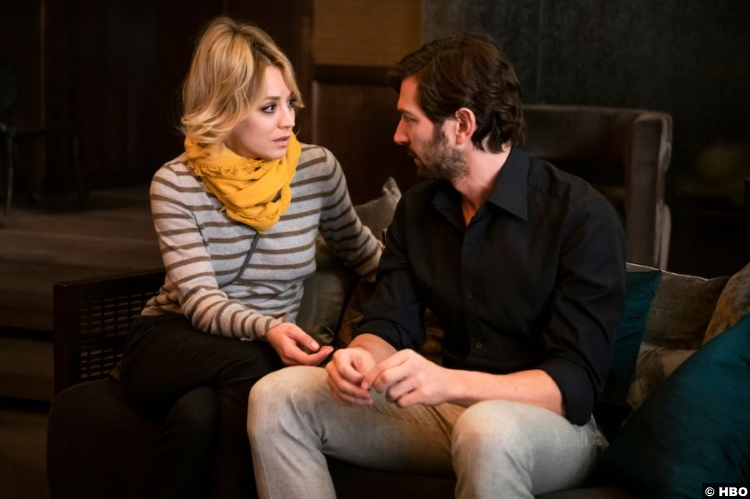 Since she’s made so many unwise decisions so far, why not keep going? So after she remembers that she and Alex were out with Miranda (Michelle Gomez), a business associate (?), she goes to Alex’s office in Manhattan. She is as awkward and suspicious as ever, topping off the visit by accidentally damaging a sculpture in the lobby. And then, if you thought Megan was livid before, watch her when they meet with the FBI, and Cassie blurts out the truth.

However, maybe it’s not that unwise. If she can point them toward the mysterious Miranda, then at least the heat will be off her. Further, the stress of the interrogation pulls forward another memory. At some point, after they’d come back to the hotel room, Cassie left and passed out on a couch. When she awoke, she went back to the room, so hammered that she didn’t notice she was getting in bed with a dead man. Yikes.

In fact, “yikes” sums up a lot of what we see Cassie do, like attend Alex’s memorial, where she really doesn’t keep a low profile. But she has a reason for her erratic behavior–she’s having flashbacks to her own father’s wake, which is when she started drinking. There’s a deep hole inside Cassie, which explains all the drinking and everything. She has got to keep it together if she’s going to figure out what happened that one night in Bangkok* and/or keep from being charged with Alex’s murder. 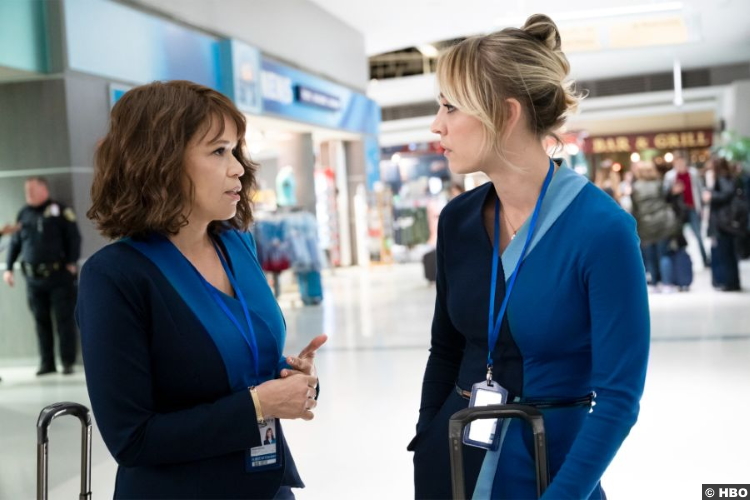 There’s also a subplot involving her friend Megan (Rosie Perez), who’s apparently selling secrets from her husband’s company. I’m not sure where they’re going with this, but it’ll be interesting to see if it ties back to Alex’s story. And meanwhile, Cassie hasn’t let her experience with Alex slow her roll. She went out in New York and picked up Buckley (Colin Woodell), who seems eager to pursue her.

But of course, she’s kind of got a full plate already.

8/10 – Overall, this is a fun show. It might not be that weighty, but that’s okay. It’s an intriguing mystery, inventively presented, and each episode ends in a cliffhanger that makes you want to keep watching.

The first three episodes of The Flight Attendant are available now on HBO Max and each subsequent episode will drop weekly on the streamer. I’m not sure how it’ll work in the UK, but it might be available on Sky at some point.

*And the world’s your oyster.