[muffled pop song in background] Howdy and welcome to Big Sky country. The show is based on C.J. Box’s book The Highway, which, surprisingly, I have not read yet. But the book was adapted for the show by David E. Kelley, who has a pretty good track record on TV. For instance, he created the series Picket Fences, which I really wish a streamer would pick up. 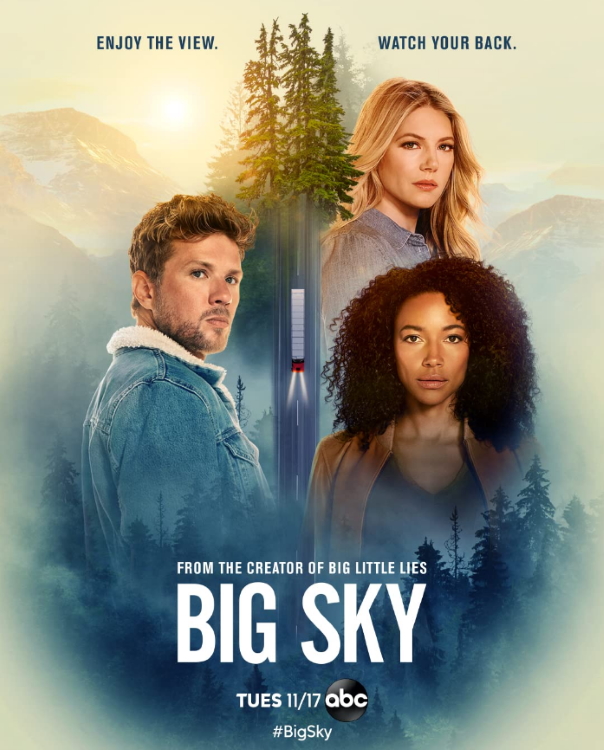 Maybe I’m thinking about Picket Fences because Big Sky is also about strange things happening around a small town. But where the events in Picket Fences were sometimes unexplainable, to the point where they reportedly almost had a crossover with The X-Files, there is a simpler explanation for what’s happening in Big Sky. It’s just the evil men do. 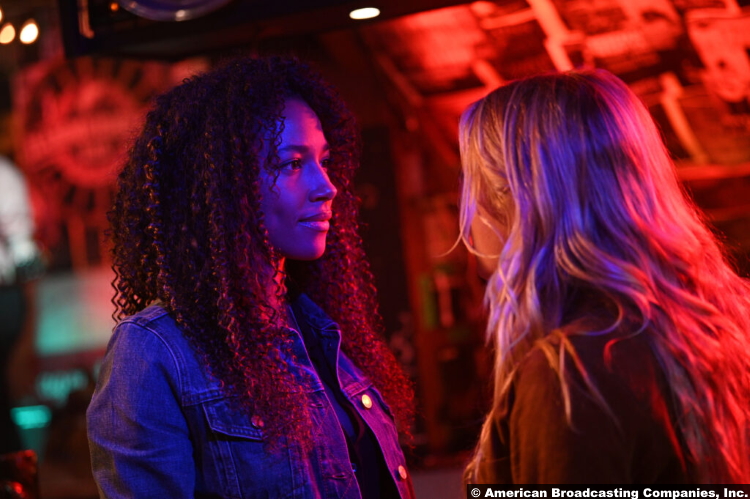 But before we get to that, there’s the set-up. This pilot introduces multiple storylines at once, before they start to intertwine. First, there is the story of estranged couple Cody (Ryan Philippe), a cop turned private investigator, and Jenny Holt (Katheryn Winnick), also a former cop. They seem to have differing opinions on the level of their estrangement, as we find out when Jenny confronts Cody’s partner, Cassie Dewell (Kylie Bunbury), for sleeping with Cody.

If I had a major issue with the show right away, besides the fact that it has so many song cues* that it almost feels like a musical, then it would be this conflict. This guy? This guy’s the one you two are literally fighting over? I mean, I guess.

At the same time, teenage sisters Danielle (Natalie Alyn Lind) and Grace (Jade Pettyjohn) Sullivan are on a twelve-hour road trip from Colorado up to Montana. But they’re not the only ones on the road. Trucker Ronald Pergman (Brian Geraghty) also prowls the highways.

We’re introduced to him by way of his mother, Helen (Valerie Mahaffey), who’s reading straight from The Handbook of Creating Serial Killers. Sure, she’s not abusive, not technically, but her little cutting remarks are designed to do just that–cut away at Ronald’s confidence. At first, I thought she was being mean for the sake of being mean, especially since her comments don’t seem to have any basis in fact. I mean, she acts like he just lazes on the couch all day, instead of being a guy with a good job and his own truck. But now I wonder if she knows something, or maybe she just senses something about him that repulses her. 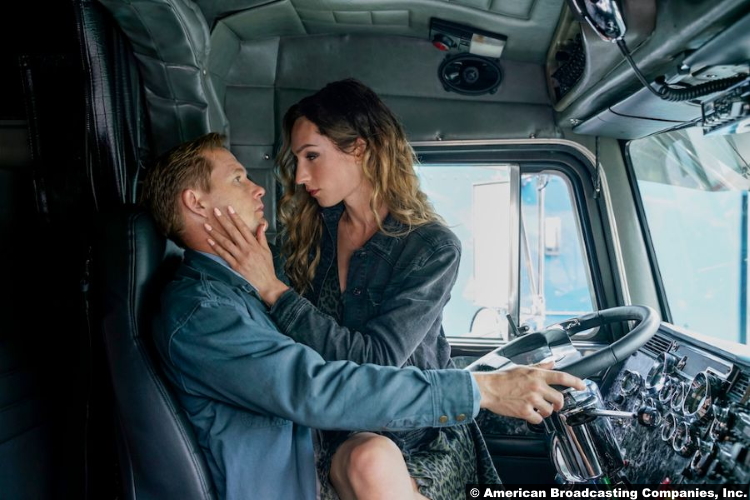 Because despite the clean-cut exterior, there is a rot within Ronald. We see it for the first time when he’s parked at a truck stop, where he’s approached by Jerrie (Jesse James Keitel), a sex worker. If he were surprisingly mild with his overbearing mother, then it’s because he’s saving his violence for these women. On a related note, it should come as no surprise that no one in the area is really paying attention to the startlingly high number of sex workers that are going missing.

No, in the sadly familiar tradition, no one really notices anything until Danielle and Grace disappear. We, of course, already know their fate, or at least, their fate for the moment. Ronald has snatched both of them, leaving little evidence outside of Grace’s broken glasses. 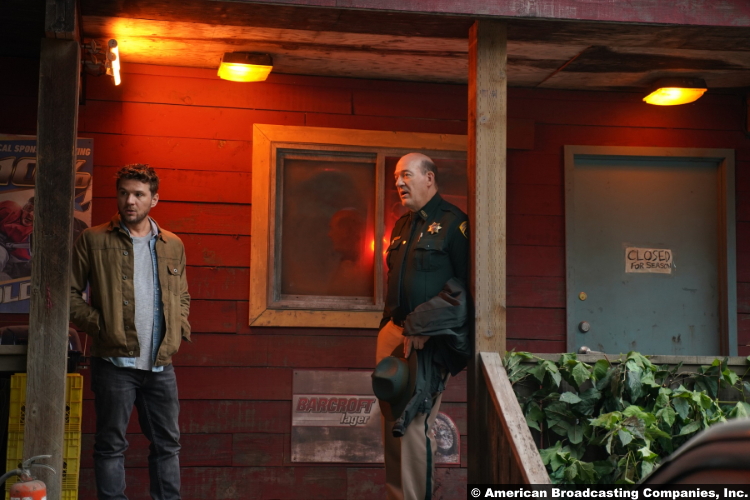 This is what pulls Cody, Jenny, and Cassie into the fray, as the girls were actually on their way to visit Cody and Jenny’s son. This is also what pulls Cody into the orbit of Montana State Trooper Rick Legarski (John Carroll Lynch). Like Ronald, he’s been a parade of red flags since we met him. There’s the overly familiar way he spoke to a stranded motorist, for example. There’s also the way he speaks to his own wife, Merrilee (Brooke Smith). I can’t really put my finger on it, but it’s almost like disgust.

Whatever it is, he presents himself as a Dudley Do-Right, an upstanding officer of the law, especially when he meets Cody. Cody is interested in checking out a religious sect (read: CULT) in the area. He’s also heard some things about truckers being involved in sex trafficking. But once he satisfies Rick’s curiosity, that the trucker story isn’t based on hard fact, then the rot within Rick reveals itself, as he unceremoniously shoots Cody in the head. Well, that’s one way to start a season.

7/10 – While the show seems like a pretty standard procedural so far, and I wish it could be a little more sensitive in its handling of violence against sex workers, there is still a lot of potential here.

*And on THAT note, the song cues are often overly obvious, like Jenny and Cassie fighting at a bar while a gal warbles “Stand By Your Man,” or Jerrie’s introduction to “These Boots Are Made for Walking.”