The Haunting of Bly Manor Review – A pretty satisfying watch

After The Haunting of Hill House, which combined two of my favorite things–crying and being scared–I was looking forward to the follow-up, The Haunting of Bly Manor. The source material, The Turn of the Screw, is a story that I like a lot. It’s historically been irresistible for adaptation. In the past year alone, it’s been a pretty good book (The Turn of the Key) and also there was a movie (The Turning). 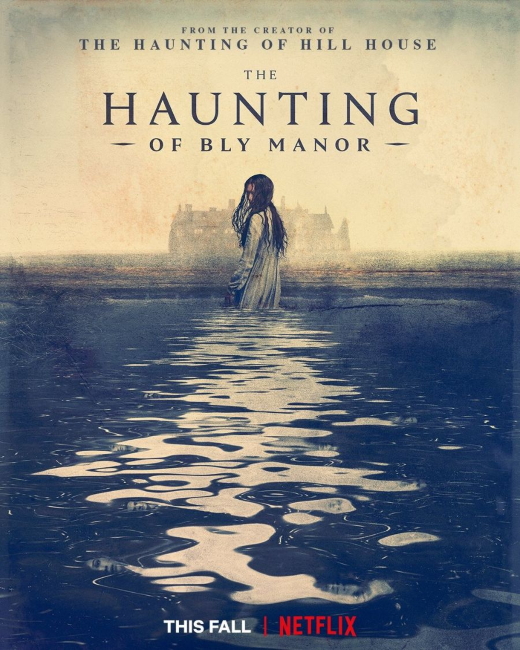 Part of the appeal is probably the story itself. At first glance, it’s deceptively simple. A young woman is hired by a rich man to look after his orphaned niece and nephew at their isolated family home. Weird stuff ensues. And as her employment (and the weird stuff) continues, the governess learns unsettling details, like that she got her job because the previous governess died. Before she died, though, she and another employee, also now dead, had a scandalous relationship that maybe corrupted the children. Now the governess is seeing the pair’s ghostly forms in and around the estate.

But of course, the story is a little more complicated than that. For one thing, its narrator, via a manuscript she left, is famously unreliable. So we’re never quite sure what, if anything, is actually going on at the home. Is the governess really seeing ghosts? Or is she or someone else at the house mentally ill? 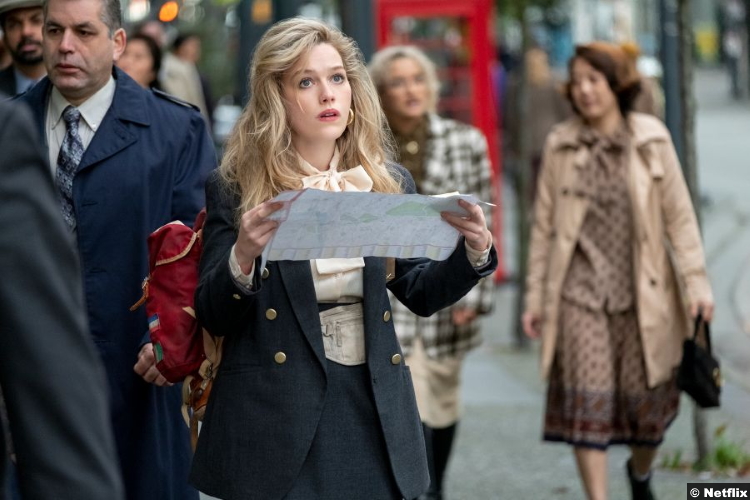 Some of the fun then in adapting the story is that you can make the choice for the audience. Or you can punt, which is always less satisfying for me personally. Be bold! Overall, though, since the story can be read multiple ways, it can consequently be told in multiple ways. You can emphasize some themes over others, for example. You can make it more spooky-ooky, you can use it to explore mental illness, or as in Key, you can discard everything but the bones of the story, which is Is this a haunted house?

However, that question in itself is prone to interpretation. Sure, there are the tropes that phrase conjures up–no pun intended–like strange noises, flickering lights, and even apparitions. But a house can also be haunted by intangibles like grief or violence. A person can be haunted, too, for what is emotional baggage if not our own personal ghosts we carry with us?

That would certainly apply to Dani (Victoria Pedretti), the young American who gets the au pair job at Bly Manor. The uncle, Lord Henry Wingrave (Henry Thomas) is suspicious that such a young gal would want a job more often taken by older women. Dani in turn points out that she’s seen the same listing for the job month after month. Both of them, it would seem, are hiding something. 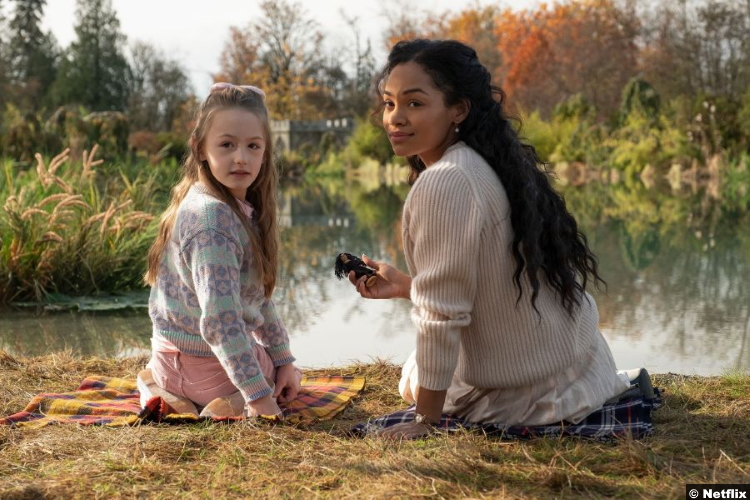 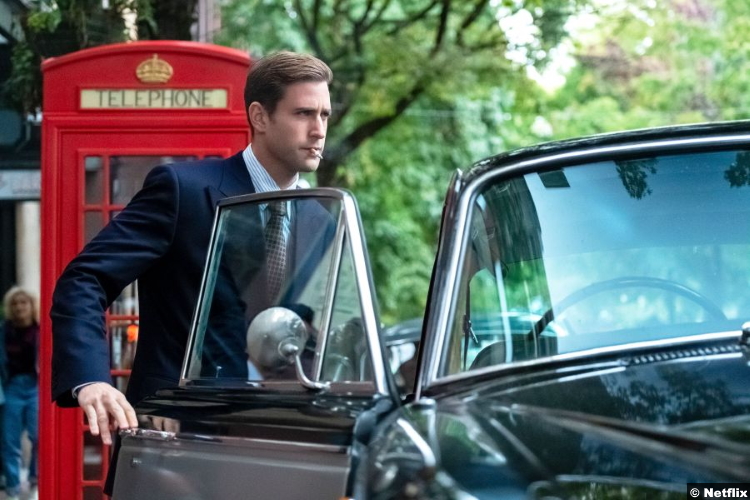 What Wingrave is hiding is what we already know–that the previous au pair, Rebecca Jessel (Tahirah Sharif) died by suicide while she was employed at Bly. After Dani begins working at the Manor, she’ll learn that Rebecca had an apparently ill-fated romance with Wingrave’s associate Peter Quint (Oliver Jackson-Cohen), who is now missing at the very least. But those are Bly Manor secrets, and Dani has some of her own. She’s bringing her own ghosts to work.

And still, the story follows the beats of its inspiration. Miles (Benjamin Evan Ainsworth) and Flora (Amelie Bea Smith) seem like alright kids at first, if a little odd. (One glaring example: This version of the story is set in the 80s and we know the kids have some familiarity with pop culture, as Miles has a poster for The Monster Squad, a movie I’ll finish writing about…someday. But the kids never have any interaction with pop culture, at least not the modern kind. They don’t even seem to have a TV, I say, shivering.) 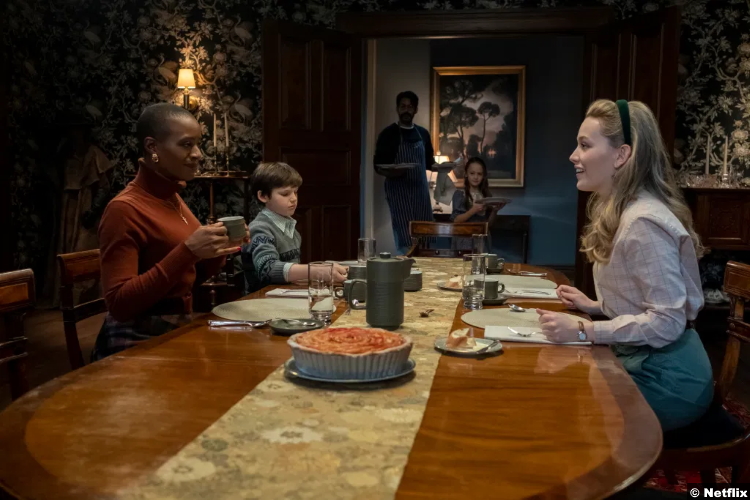 But as things develop, so do the cracks in this perfect world, much like the same ones housekeeper Hannah (T’Nia Miller) keeps seeing, the ones others, like cook Owen (Rahul Kohli) and gardener Jamie (Amelia Eve) can’t see. Dani sees ghosts, but are they really there? And are they really ghosts? After all, no one knows what happened to Peter after he stole a bunch of money from Lord Wingrave and vanished. Miss Jessel died after his disappearance, so it’s possible he’s returned for her, not knowing she’s gone. 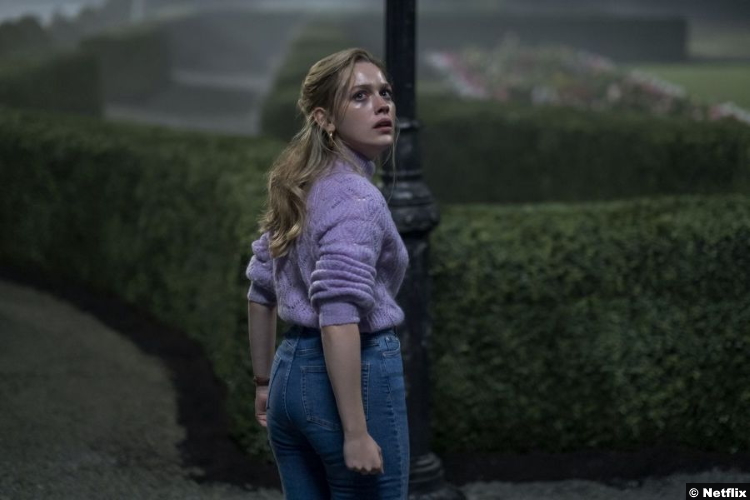 That wouldn’t be surprising in this story. Because while The Haunting of Hill House, which, by the way, shares actors but not a story with Bly, was largely about grief, this story is about love. It’s about what we’ll do for love, as well as what we’ll give up for it. And it’s also about the destructive power of it, how some people will use it or the illusion of it as a key, a tool to manipulate. It’s a love story and it’s a ghost story, and as the show acknowledges, sometimes those are the same thing.

8/10 – While a little slow to start, I ended up enjoying it overall. Compared to Hill House, it’s not really that scary–this is more classic gothic horror than what horror means today–and it’s not nearly as sad, but it’s still a pretty satisfying watch. If I had complaints, they’re mostly minor, but include things like Rebecca not getting as much of a backstory as Peter.

And as an American, I’m immune to things like overdone Scottish accents and whether houses have laundry chutes, so your mileage (kilometerage?) may vary on stuff like that. Finally, the framing device ended up working for me, but until the last episode, it’s a pretty funny proposition, like, why on earth would these folks at a wedding rehearsal dinner sit and listen to this long-ass sad story?