1994’s Mary Shelly’s Frankenstein is a movie I come back to every five or six years, trying again and again to love it. 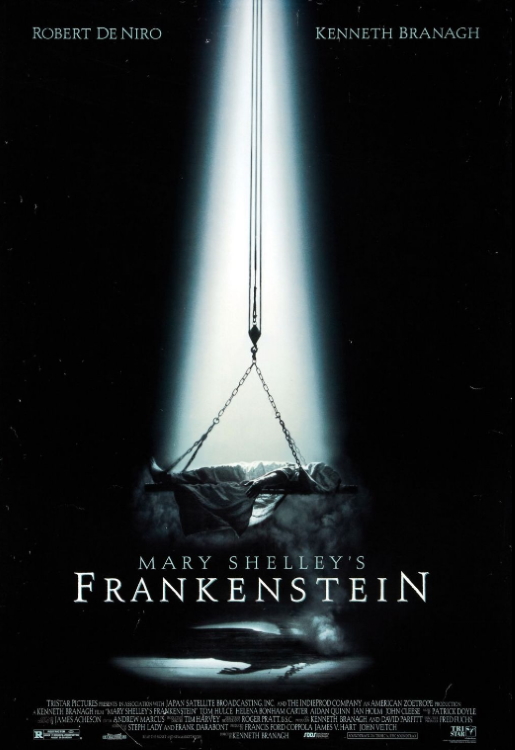 I love Frankenstein, the original novel. It is my number one favorite fictional book of all time. It’s the perfect blending of science-fiction, horror, thrills, drama, tragedy, and morality play. I have read it and re-read it more times than I can count and the thing that brings me back every time is my love for the prose. Shelley was absolutely brilliant with her word choice and sentence structure. At times it’s like I’m not even reading a novel, but some kind of epic poem. Some of the monster’s soliloquies and the doctor’s monologues are akin to the writings of Job in the Bible, the way the old patriarch waxed poetic about his sorry state in life.

My two favorite lines in the book (just to illustrate how beautiful the writing is) are:

“How mutable are our feelings, and how strange is that clinging love we have of life even in the excess of misery!”

“The fallen angel becomes a malignant devil. Yet even that enemy of God and man had friends and associates in his desolation; I am alone.”

I could praise the book for another thousand words but to shift gears to films, it has always been frustrating that there isn’t a definitive film adaptation. 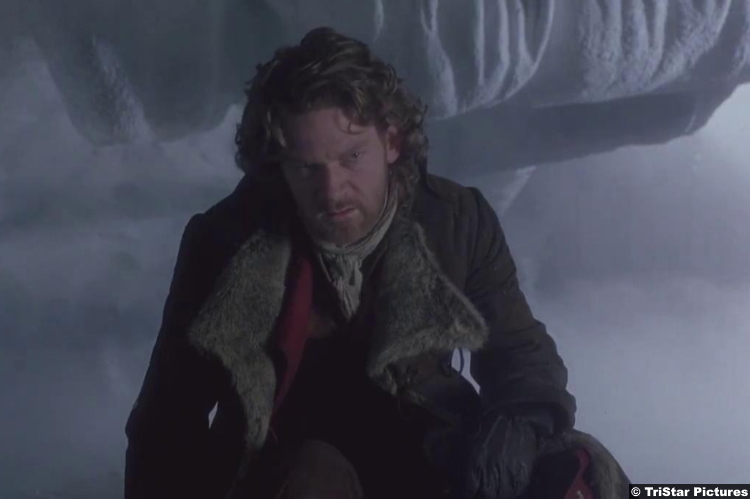 Most attempts at it have ditched the framing device of the North Pole explorers, cutting straight to Victor and his quest to play god and make a man, etc. The most famous of these is the 1930’s version starring the great Boris Karloff. That’s a fun movie, but it’s hardly an adaptation. It’s famous more for being famous, for Karloff’s performance, and for the style and spectacle as opposed to how well it translates Shelley’s work.

The one movie that seems to have “tried” to be an adaptation is the movie that puts those intentions right there in the title: “Mary Shelley’s Frankenstein.”

In a lot of ways, Kenneth Branagh’s film IS the most faithful version. On paper, it checks a lot of the boxes you’d want from a movie “adaptation” of the book.

Easily the best part of the movie is Robert DeNiro who, at the time. was already slipping into the same quagmire that hurt Al Pacino’s 1990’s career, namely a willingness to make movies that were “beneath him.” Under the circumstances, this could have been a movie where he phoned it in or gave a hammy, over the top performance worthy of the Razzies. Instead, he brings it. He plays the part of the monster with the right balance of pathos, rage, confusion, and self-loathing. It’s not a perfect recreation of the monster as depicted in Shelley’s work, but it’s the most faithful take that we’ve had among major film releases. 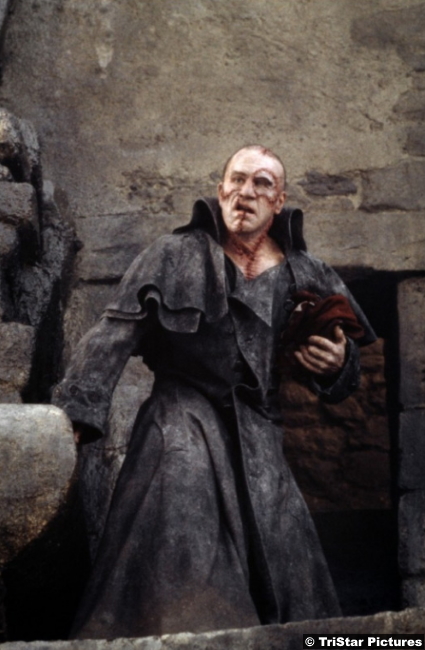 As is the screenplay. By that I mean it’s the “most faithful” among major film releases. In this case, however, that’s not saying much. The biggest change from book to film is actually one I didn’t mind. Obviously, in a perfect world, I’d prefer faithfulness, but if you’re going to make a change, adding the bride of Frankenstein is not a bad one. It’s the kind of plot element that seems like the book is almost getting to when you read it, only for Shelley simply to “not go there.” I don’t know if it just never crossed her mind to have Victor try to reanimate Elizabeth after the monster kills her, or if she debated it and decided it would be too redundant. Either way, she never went there, but the movie does, and I don’t mind it. 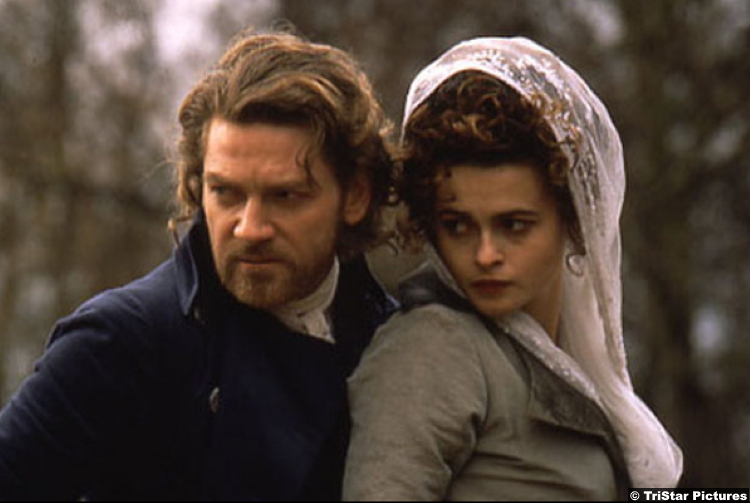 The screenplay is not the movie’s problem. Frank Darabont is credited as the writer and his comments on the movie highlight the greatest issue I have with it…

I don’t know why Branagh needed to make this big, loud film … the material was subtle. Shelley’s book was way out there in a lot of ways, but it’s also very subtle. I don’t know why it had to be this operatic attempt at filmmaking. Shelley’s book is not operatic, it whispers at you a lot. The movie was a bad one. That was my Waterloo. That’s where I really got my ass kicked most as a screenwriter … [Branagh] really took the brunt of the blame for that film, which was appropriate. That movie was his vision entirely. If you love that movie you can throw all your roses at Ken Branagh’s feet. If you hated it, throw your spears there too, because that was his movie.

Kenneth Branagh is a really great actor and he’s a really good director. He’s a man who has a particular goal in mind for his movies and he achieves those goals, rarely with compromise. It’s just, for me, his goals with this movie don’t mesh with what I love about Frankenstein. I read Frankenstein and I’m captivated by the tragedy and genuinely moved by the prose.

Branagh’s Frankenstein allows no time for any emotions to seep in. It’s cut like an MTV music video, overlaid with bombastic sound effects, and shot with obnoxious camera angles. It’s loud, garish, hammy, and too over the top to take seriously.

I would love to hear Branagh’s thoughts on why he made the movie the way he did, because as I say, he’s not a bad director. He’s not Uwe Boll. He’s good enough to make this movie faithful in tone but he deliberately made it the way he did instead. It baffles me.

And still, over a quarter-century later, Mary Shelley’s Frankenstein remains the “most faithful” adaptation Hollywood has released.

That makes me sad.