Hollywood loves an original idea, but you know what it loves even more?

In fact, it’s so commonplace and expected that movies rip off other moves that, on the rare occasion that a truly original film comes along, it is instantly lauded far and wide. Everyone gets excited because it essentially means a new sandbox has been invented for later movies to rip off.

You’d be hard-pressed to find a director more ripped off than Akira Kurosawa. 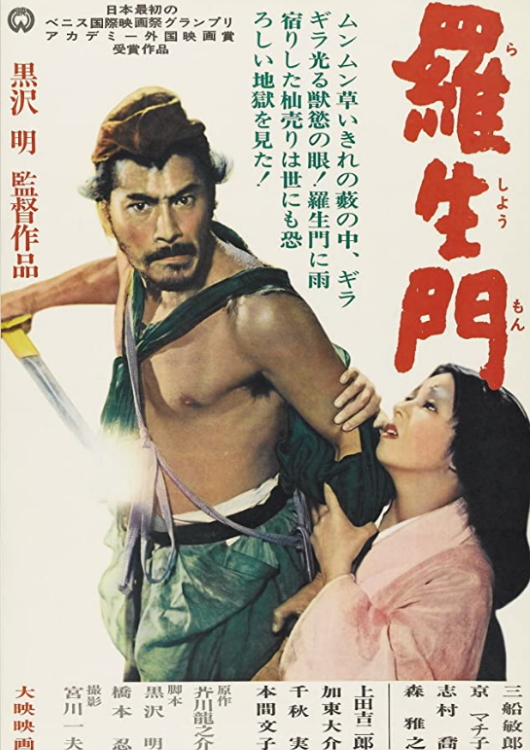 The Japanese filmmaker and storyteller dedicated sixty years to his craft, releasing thirty movies, many of which he also wrote and edited. As with any director, he had a few misfires along the way, but the fact that he was still viewed as a viable and commercially bankable filmmaker even fifty or sixty years into his career is a testament to his talent and the love his fans had of his work.

Three of his more famous works include Seven Samurai, about a poor village that is constantly raided by bandits, seeking the help of seven unemployed Samurai to help them defend their homes. Another is The Hidden Fortress, about two comic-relief peasants that escort a man and woman across enemy lines in return for money, without realizing they are actually assisting an important general and princess. And then there’s the movie that turns 70 this year, Rashomon. More on that in a sec.

By the way, Kurosawa was no stranger to ripping off past works. The highly underrated Kumonosu-jo (Throne of Blood) is essentially “Macbeth in Feudal Japan.” There’s also a lot of Ran that is clearly inspired by King Lear. Kurosawa understood the value of taking an established work and making it something new. Thus, he could look back on his career with great satisfaction, knowing just how many of his stories were adapted into other works of cinema.

Seven Samurai for example has been adapted in countless movies and TV shows, most famously The Magnificent Seven and (just to show how malleable the premise is) A Bug’s Life. The Hidden Fortress was so tremendously influential to George Lucas as he wrote Star Wars, early drafts of the first screenplay are, in effect, little more than a translation of the plot, with only the setting changed from medieval Japan to outer space.

As for Rashomon, its influence is more subtle. Its plot is too simple, too shallow for much to be done with it beyond a simple remake. That’s not to insult the movie: It’s “shallow” in the sense, say, Dunkirk is shallow. Dunkirk is a movie about very few things, and when you lay those things out on paper, it doesn’t take very much paper to say it all. What makes a movie like Dunkirk special is in how the art of filmmaking and storytelling is manipulated to produce something magical out of something that, otherwise, is quite simple. 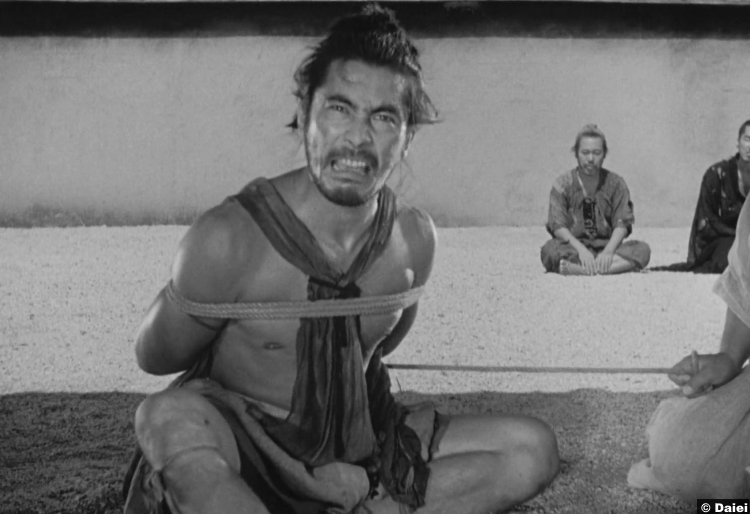 The story of Rashomon, on paper, isn’t much.

The movie is about a woman whose husband (a Samurai) is killed and she raped, along with the wildly differing accounts from witnesses as to what happened. Testifying are the accused, the victim, and the dead man (via a medium), though a fourth witness refuses to speak up; a simple woodcutter who stumbled upon the crime and who, presumably, would have no reason to lie about what happened.

Though I’m usually loathed to spoil a movie, I’ll make an exception here since we’re talking about a film seven decades old. The twist of the ending is that the woodcutter not only saw the whole thing but snuck over to the scene of the crime and stole the valuable dagger that the fight began over in the first place. Suddenly our perception of the woodcutter changes and it casts everything we knew into doubt. The man who confronts the woodcutter walks away declaring all men are selfish and only motivated by advancing their own self-interests. However, at the end of the movie, the woodcutter makes a noble gesture, adopting an abandoned baby, intending to raise the child along with his six others. In that case, we can see how the valuable dagger might be of great use to someone with so large a family. The film ends with a priest observing the woodcutter leave Rashomon, and deciding that there is still good in humanity after all.

It’s not the story that makes the movie so memorable, and it’s not the plot that makes the film so inspiring to so many directors. It’s what Kurosawa does with the way he tells the story that has stood the test of time. In less skillful hands, the plot could have been very boring, very pedestrian, and very pointless. But, by focusing on the nature of the unreliable narrator, Kurosawa is able to turn the story into a parable of how skewed viewpoints can often lead to great despair. It’s no surprise that many quickly interpreted the 1950 film as an allegory for Imperial Japan, recently defeated by Allied forces, specifically by the very United States they attacked in 1941, believing themselves to be unbeatable. 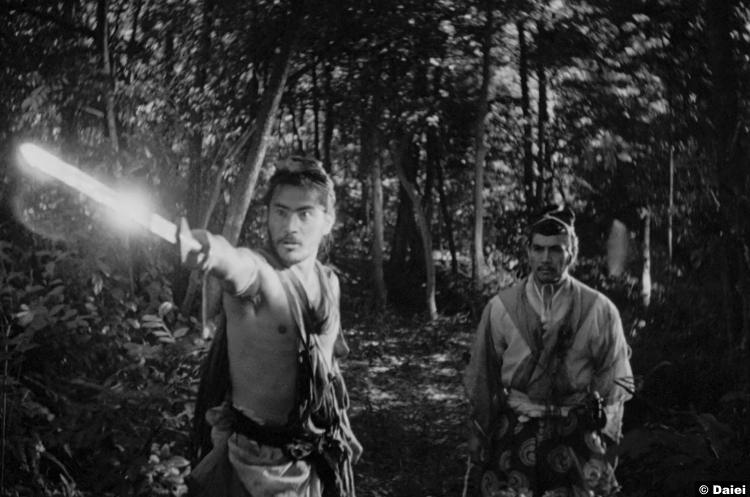 The concept of an unreliable narrator is not new. The trope is dated back as early as 405BC as used by Aristophanes in ancient Greece. Agatha Christie used the concept in The Murder of Roger Ackroyd in 1926. Most of the time, however, the concept was used as a mere gimmick, or as a way to bring about a twist ending (for the sake of one). What Kurosawa does in Rashomon is make the very idea of the unreliable narrator the central notion of the plot. He refuses to show an objective view of the crime at the heart of the story, and thus deprives us of “knowing the truth.” Instead, the movie itself is about how a single person can not be trusted to tell the truth without some degree of self-serving bias creeping in.

Kurosawa’s employment of the technique was the primary reason the movie was so highly praised in the West (ironically it was only initially luke-warmly received in Japan), and why the term “Rashomon effect” came to be en vogue, being used in movies and books for generations afterward.

Its narrative and allegorical tricks may seem trite today, but that’s only because they’re so often referenced they’ve lost a bit of their sparkle. Still, if you can forget everything that came after and just appreciate the simple beauty of Rashomon, you’ll find in it a movie that’s just as mesmerizing today as it was in 1950.