When Rabbi Milligan tells the Cannon guys, “You’re all gonna die,” it’s not the same as it would be if someone else in the Faddas said that. If another Fadda family member said it, then it would probably be a threat. For Rabbi, though, it’s almost as if it has the ring of destiny.

It’s like he’s seen this play out so many times that he already knows all the steps. And, I mean, isn’t that basically true? He’s watched family after family fall, including his own. So when he says that, it’s not with any kind of satisfaction. As with his own life, he just seems resigned to fate.

And while that isn’t an uncommon view in the Fargo Cinematic Universe (FCU), it’s also not uncommon to see the way things work together. Like the butterfly effect or dominos, people make decisions and they do things that seal their fate. I’m reminded of that tweet that said, “Well, well, well, if it isn’t the consequences of my actions.”

Sometimes in the FCU, your fate can change on a whim. Or maybe it just seems that way. Take Zelmare and Swanee, for example. One minute, they’re fugitives from the law and outlaws hiding out from criminals. But now Loy has taken them into his fold. They still might meet the fate that Rabbi has already predicted, but for now, this is enough. And as for the decisions that led them to the Cannon Limited, well, that’s another problem with the dominos. Sometimes you just don’t have a better choice. 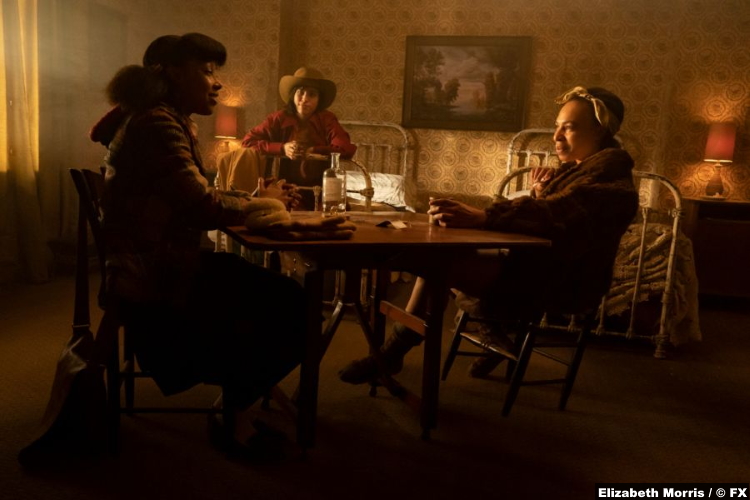 I’m sure Odis, who’s still stuck between the Faddas and his job, understands that better than most people. First, a sidenote, though. I can’t imagine how he ended up as a detective–it would seem as if police work were too messy for someone with his obsessions. Also, an only slightly related note, how did Loy know his backstory?

Because that’s one of the things we learn this week, that Odis once had a much different destiny. He was a minesweeper in the war. But one day, he received a letter informing him that his fiance had been murdered. Someone decided to break in and kill her. Then someone else decided that Odis should know while he was in the middle of a painstaking job in the military during an active war. (Sorry, I’m getting a little heated.)

Odis was probably already a little sensitive before the war. After all, he implies that he got his assignment because of his OCD. So it’s unsurprising then that when he read the news, he crumbled. And it’s understandable. Although he had a vitally important task, he probably found it impossible to concentrate. So he just stopped. And a superior officer stepped on a mine.

It’s a sad story, maybe too sad for this show. But the show is only getting started on the sadness. Because the dominos they arranged in the previous episodes got kicked over this week and they’re starting to fall. Unfortunately, it begins with one of my favorite characters.

Like Rabbi, Doctor Senator has been one of the steadiest, wisest characters on the show this season. Sadly, though, being smart doesn’t always make you less likely to be killed. And it certainly doesn’t make you bulletproof.

So when Gaetano and Calamita come to the weekly meeting with Doc in place of Ebal (who’s busy building the Fadda army), here are the vagaries of fate again. Doc and Ebal are able to talk to each other. It might be tough talks sometimes, but they respect each other enough to listen. 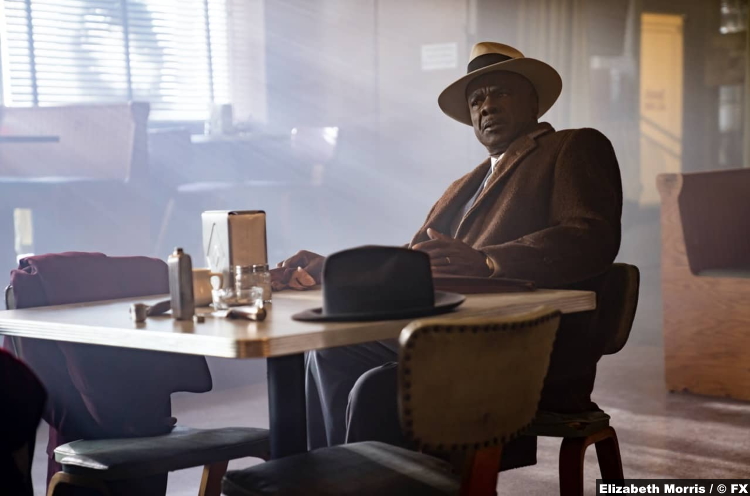 Gaetano, though, isn’t like that. Doc is right on when he calls him (and the rest of them) boys. Because despite his bluster and his rants about the toughness of his home country, he’s an excitable child, who can’t just take a cutting remark and roll with it. No, he’s a coward who shoots Doc in the back.

Similarly, Loy was tough-talking with his wife and mother-in-law, which I didn’t love, but I see as foreshadowing. Pride goeth before a fall and all that. Because Josto’s right, kinda. America is a crime story. But it’s also a nation of outlaws and things don’t always end well for those. And I have a feeling that our assorted criminals and outlaws here are going to manifest some of that destiny for themselves.

8/10 – As I said, Doc was probably my favorite character, so I’m a mite bit sore about his leaving the show so early. But he was an important part of the Cannon Limited, so it’ll be interesting to see how Loy operates without him.