The title of this episode suggests doubles, which we have a lot of in this season. There are dual sons in the exchange, for example. There’s one crime boss against another. There are their men, like Doctor Senator (Glynn Turman, always excellent) and Ebal Violante (Francesco Acquaroli). And then there are the siblings, like Josto versus Gaetano.

Another sibling is Zelmare (Karen Aldridge), sister to Ethelrida’s mother, Dibrell (Anji White). Last week, she and her girlfriend Swanee (Kelsey Asbille) broke out of prison and then holed up in the mortuary, much to Dibrell’s consternation. Her husband, seemingly mild-mannered Thurman (Andrew Bird) is quieter on the issue. 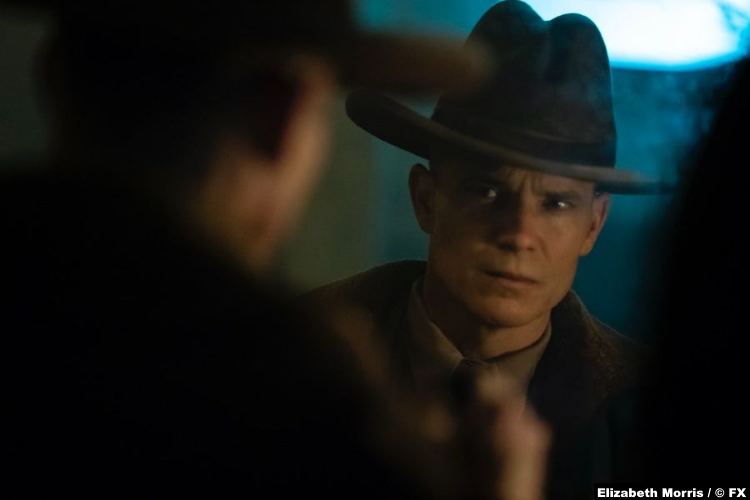 But if you were wondering last week what the cadre of armed men approaching the funeral home was about, then you know now–the prison break. Marshal Dick “Deafy” Wickware (Timothy Olyphant) is on their trail, with assistance from local cop Odis Weff (Jack Huston). It seems almost too easy to cast Olyphant as a lawman, as his two most prominent roles have been as such. But he’s so damn good at it that who could resist, honestly?

(Regarding the Mormon “extermination order” in Missouri, yes, it really existed: “The Mormons must be treated as enemies, and must be exterminated or driven from the state if necessary for the public peace—their outrages are beyond all description.” And it wasn’t abolished until the 70s. Yes, the 1970s.)

Despite a search of the morgue, he and Odis and their posse don’t find the gals. They’re squirreled away in the last morgue drawer. That’s bad news for the Cannon Limited, whom the gals end up robbing in a very ipecac-influenced scene that I definitely could have done without. I mean, I’m no delicate flower, obviously, but I think scenes revolving around toilet humor are just dumb. And watching Swanee puke and fart her way through the robbery is supposed to be what, exactly? Funny? Quirky? I don’t know, but it wasn’t for me. 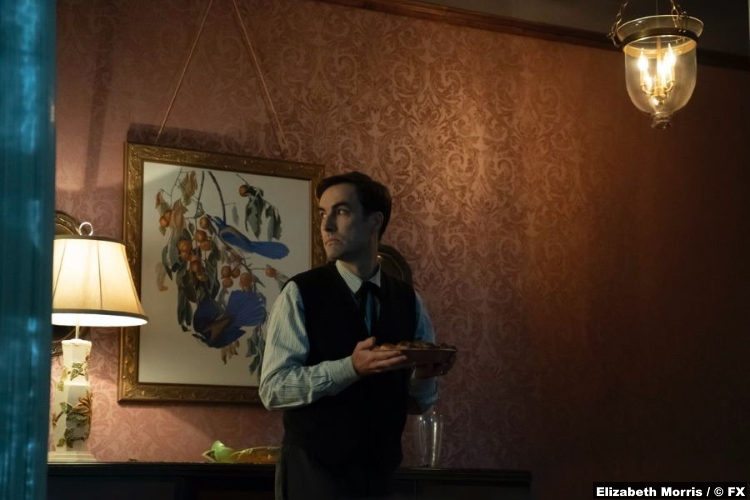 Anyway, the Cannon guys have no idea what the whole thing’s about (and the vomit probably added an extra surreal edge). In theory, it’s about the debt the Smutneys owe the Cannon Limited, for which they’d been pressing the couple. In reality, it’s probably more about two greedy gals. Unsurprisingly, though, Loy and Doctor Senator seem to take it as another shot across from the bow from the Faddas–retaliation, perhaps, for the Cannon attempt at taking the Faddas’ slaughterhouse last week.

And, of course, Cannon is right to be concerned. After all, on Gaetano’s orders, two of the Fadda men, “Rabbi” Milligan (Ben Whishaw) and Constant Calamita (Gaetano Bruno) went after Loy’s oldest son, Lemuel (Matthew Elam). Rabbi’s heart wasn’t in it, though, for a number of reasons, including that he likes Satchel, whom he’s kind of taken under his wing, and he thinks it’s a stupid idea. After all, if they hurt Lemuel, they give the Cannons no incentive to keep Zero alive. So Rabbi botched it, which might come back to sting him. Gaetano’s bound to be peeved, for one thing, and also Lemuel and his new driver Leon (Jeremie Harris) got a real good look at their faces. Doctor Senator is smart enough, at least, to realize that they need to know who exactly was behind it, Josto or Gaetano. 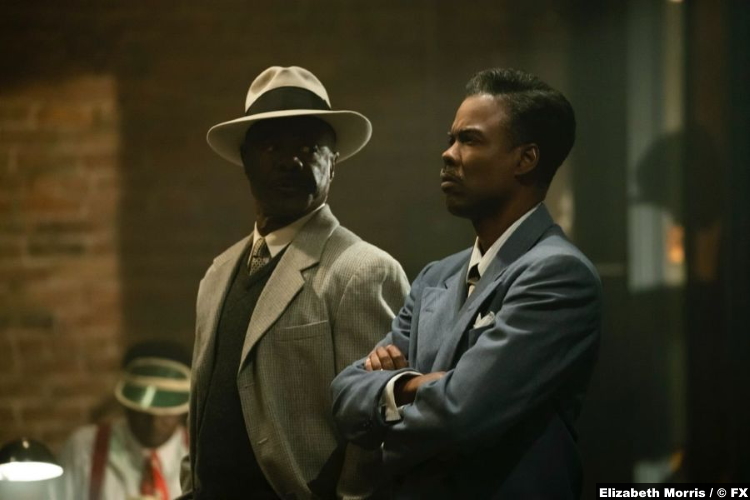 Speaking of, there’s the added spice that all of this is going to come as a big surprise to Josto. He should be preparing for his upcoming nuptials and securing his place as the head of the family, before Gaetano runs roughshod right over him. Instead, though, he’s obsessed with Dr. Harvard (Steven Spencer), the snooty MD who refused to admit Donatello because, basically, Italians aren’t welcome at the hospital.

We’re in a “fun” part of American history where only a tiny number of people were properly white and thus, accepted into higher society. Outside of that group is a larger group that includes the Irish, Italians, and Jewish people. (It should go without saying that actually non-white folks are definitely not getting in.) So is it any surprise that these excluded groups ended up building their own worlds? Ain’t that America?

And amidst this potentially (and let’s be realistic, probable) volatile mess, is Oraetta, the wildest wild card who ever…wilded. Who knows what she might do next?

8/10 – Not a whole lot actually happens in this episode, as it’s essentially table-setting for the big mob conflict that’s sure to come. Still, it’s interesting to see how a lot of little sparks can lead to a big inferno.