Review: Bill & Ted Face the Music – Just what we need!

Nearly 30 years after the last Bill and Ted movie, Bill & Ted’s Bogus Journey, you might be wondering why, as in, why does this movie exist? Why now? But despite the seeming randomness of rebooting a 20th-century film franchise, it actually turns out to make a lot of sense. 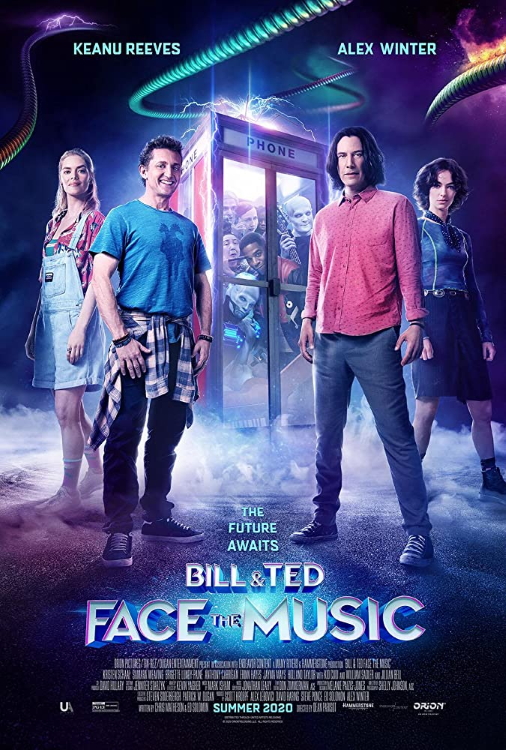 The last time we saw Bill (Alex Winter) and Ted (Keanu Reeves) was in 1991’s Bill & Ted’s Bogus Journey. At the end of the film, they’ve found fame with their band Wyld Stallyns and the future utopian society based on their music seems like it’s in the bag.

Well, as we find out at the beginning of Bill & Ted Face the Music, they blew it. The best friends, now middle-aged men with teenage daughters, still can’t come up with a world-uniting song. And if that isn’t bad enough, their marriages, to Princess Joanna (Bill’s wife, played by Jayma Mays) and Princess Elizabeth (Ted’s wife, played by Erinn Hayes) are on the rocks. 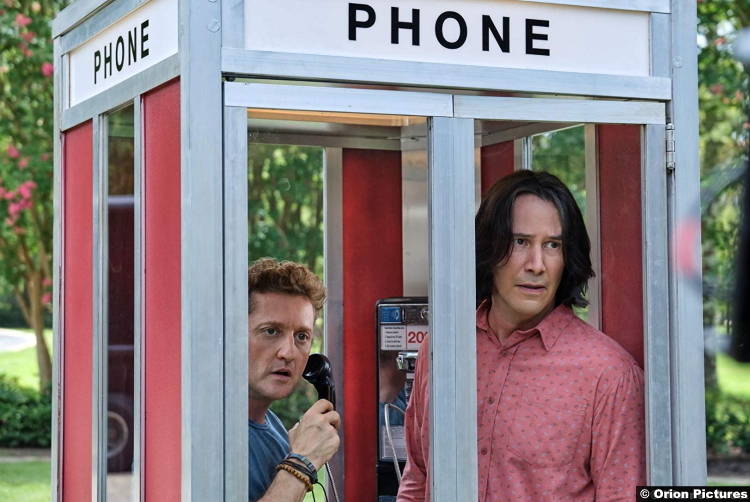 And if THAT isn’t bad enough, their failure to write the song is now causing time and space to disintegrate. Things fall apart, the center cannot hold, etc. Kelly (Kristen Schaal), subbing in for her father Rufus (the late George Carlin), comes back from the future to give them a deadline. If they don’t write the song by that night, then everything will cease to exist.

Now Bill and Ted have never been the most brilliant of fellows–the first film revolves around the world-changing effects of their finishing a history paper–but they do stumble upon a clever idea. At some point in the future, they should have written that song. So why not just use the time-traveling phone booth and go get the song from their future selves?

Of course, it doesn’t turn out as easy as all that. And while they face various versions of their future selves, their daughters Billie (Brigette Lundy-Paine) and Thea (Samara Weaving), are on their own quest. The girls, as close and as doofy as their dads, try to assemble history’s greatest backing band for their fathers. It’s a journey through time that finds them dropping in on everyone from Ling Lun (Sharon Gee), purportedly the inventor of music, to Jimi Hendrix (DazMann Still). Both duos will pinball through time and space, visiting various eras and even going back to Hell, where William Sadler reprises his Bogus Journey role as Death. 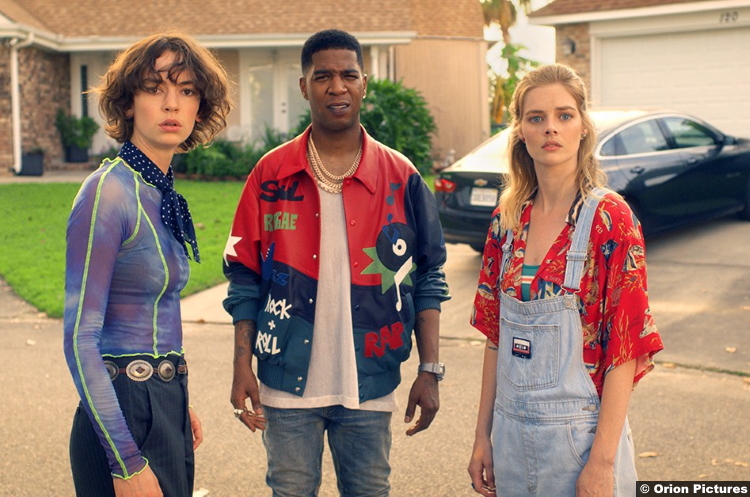 But while the stakes are high–we are talking about the total collapse of reality here–they never really feel like it. And that’s fine. It’s better than fine, actually. So to answer the question of why now, well, I can’t speak for the actors or the filmmakers. This film has been in a kind of quasi-development since Bogus Journey. However, it wasn’t until Keanu Reeves catapulted back into superstardom (and more importantly for Hollywood execs, being a bankable star) that it went forward.

But I think I can answer the question on a spiritual level. Hang on, let me just light this incense. Okay. The answer is, we need this. Obviously, I don’t have to tell anyone that it’s a been a rough year. Every new day seems to bring a new tragedy. 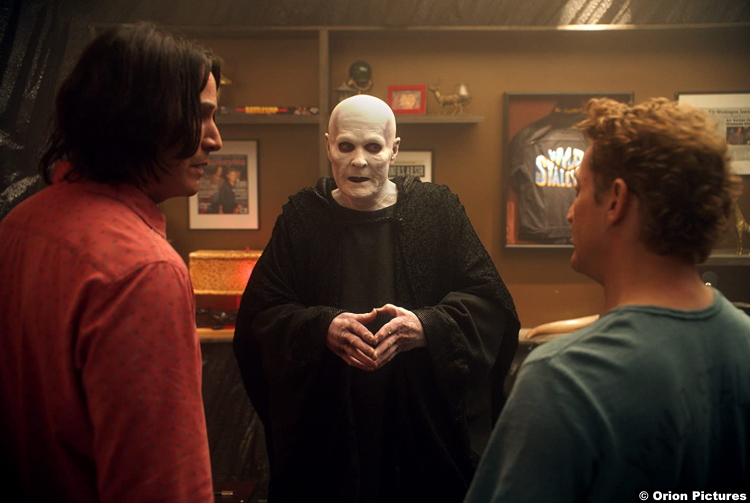 So while Bill and Ted, unlike that elusive song, won’t save the world, they can make being in it feel a little better, at least for about an hour and a half. This movie is a brain bath and I mean that as a high compliment. Alex Winter and Keanu Reeves are two of the nicest men in show business, and their innate goodness shines through in the sweet goofiness of the characters they play.

At its core, this is a deeply silly movie. But its message is serious and it’s the right one for right now. We will all (hopefully) grow older. We may not accomplish the things we thought we would, at least not when we thought we would. But we can keep trying and we can ask for help and we can reach out to our family and friends and even strangers. We can remember and we can connect. We can be excellent to each other. And we can start right now.

8/10 – The movie’s a bit chaotic at times and I wish they’d done more with the historical characters. Still, this is a film brimming with kindness and fun, and it’s exactly the kind of balm we need these days.