So I guess that wasn’t a magic trick last week. Well, rats. You could be forgiven, though, for thinking that they’re still going to turn it around. After all, even after the funeral, no one seems to be taking it as hard as they should be. 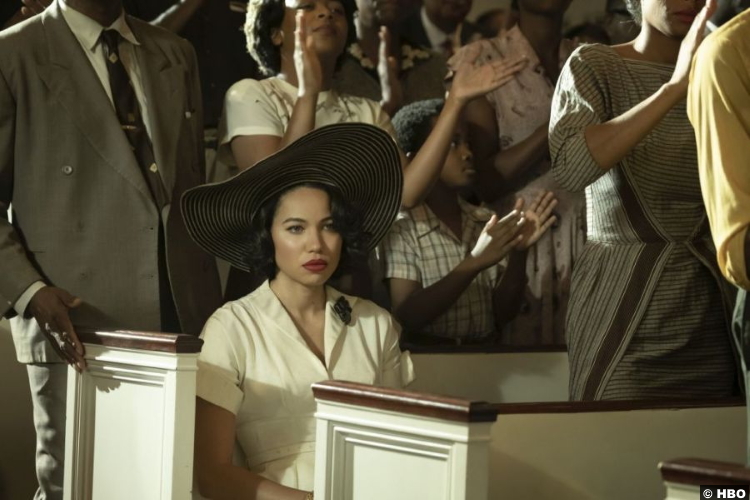 But then again, it is the 50s and people weren’t exactly demonstrative of their feelings back then. In addition, they’re all still barely (not) processing what happened to them individually. I mean, Leti died and came back.

And it’s Leti who is our focus this week. There’s always been a sense that she’s adrift, even more so after she, again, died. And you can see her trying to anchor herself. This week, she does it pretty literally, by buying a house.

As for the source of the funds, in the book she’s led to believe it’s gambling winnings from her late father. On the show, though, it’s supposed to be an inheritance from her mother. I think that’s a smart choice, because it allows the show to dig into the issues between Leti and Ruby, who share that mother. 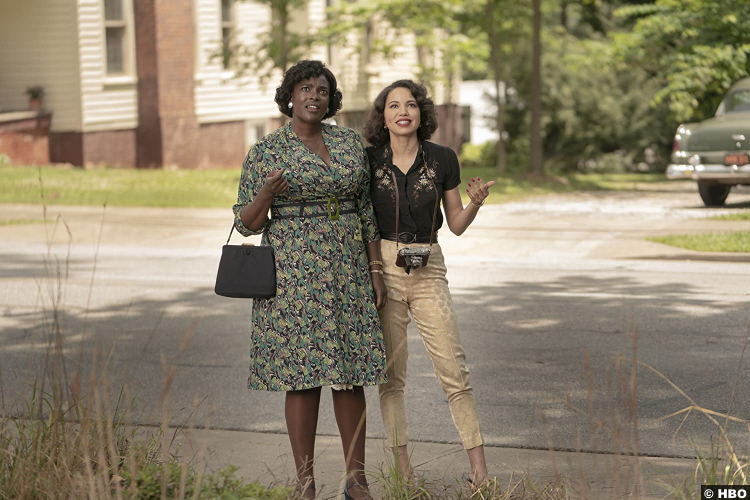 And although I think they love each other, there’s still a lot of resentment there. We can see how her siblings would think of her as flighty and selfish. However, unlike them, we got a glimpse of her psyche last week in her fantasy with Tic. Dream Tic telling her that he would never leave her is a big tell. If I had to be an armchair psychologist, then I’d say that she’s terrified of rejection, but she wants to be loved. (Real life Tic awkwardly shuffling away after they have sex was probably a big blow.)

At the same time, she’s stubborn and she’s willing to fight. As she says herself, “…I can’t live in fear. I won’t. I gotta face this new world head on and stake my claim in it.” So when her new neighbors don’t take kindly to her moving in, especially with her plans to use the place as a boardinghouse, she doesn’t back down. When they burn a cross in her yard, she picks up a bat. 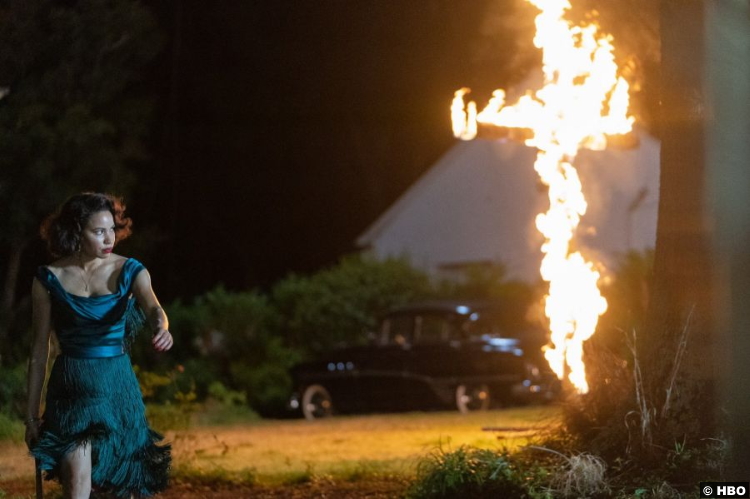 Sadly and unsurprisingly, though, when the police show up, it’s not to protect her or to respond to her reports of harassment. Instead, they arrest her. As if that’s not enough of an indignity, they give her a “rough ride.” And she just takes it, because what else can she do?

Besides, there is also the not so insignificant matter of her house being haunted. The police officer who’s in the back of the van, Lancaster (Mac Brandt), gives her clues about the history of her house. A little research with the local papers gives her more. Her house was previously owned by a doctor who did gruesome research. Reading between the lines, it seems that maybe Lancaster supplied the bad doctor with his test subjects, all Black people. And all of them are now restless in her house.

She ends up calling in a mambo to cleanse the house, spiritually. However, even the mambo’s work (and the poor goat’s sacrifice) can’t counter the evil that’s been done. It takes the dead themselves and Leticia F’n Lewis’s iron will to force it all out. It doesn’t end as well for three young neighborhood goons who choose that moment to invade the house, though.

Afterwards, her boardinghouse is such a success that she’s even profiled in a local Black paper. But that doesn’t mean that everything’s going to be smooth sailing from now on, of course. Most relevant to the show, Tic finds out that Christina is the one who orchestrated the house going to Leti. And no, she didn’t do it because she felt so badly about what happened in Ardham. The house used to belong to another Son of Adam and he stole some pages from the Book of Life when he got kicked out. Soooo, I bet they’re in that house somewhere.

And then there’s Hippolyta. She knows the “official” story of what happened to her husband, but she believes there’s more to it. Will she keep digging or will she get distracted by that model of the planets? She sure seemed drawn to it.

In any case, it’s basically a certainty that there’s more badness to come. For example, did you catch that ouija board scene? The biggest horror might have seemed to have been when it spelled out “GEORGE IS DEAD.” However, there was a subtle reference to real life horror there. Remember little “Bobo,” who asked if he were going to have a good summer trip? Bobo was just his nickname; his real name was Emmett Till, and on August 28, 1955, he was lynched. He was 14.

9/10 – This episode was basically Jurnee Smollett’s “For Your Consideration” reel for an Outstanding Lead Actress Emmy.