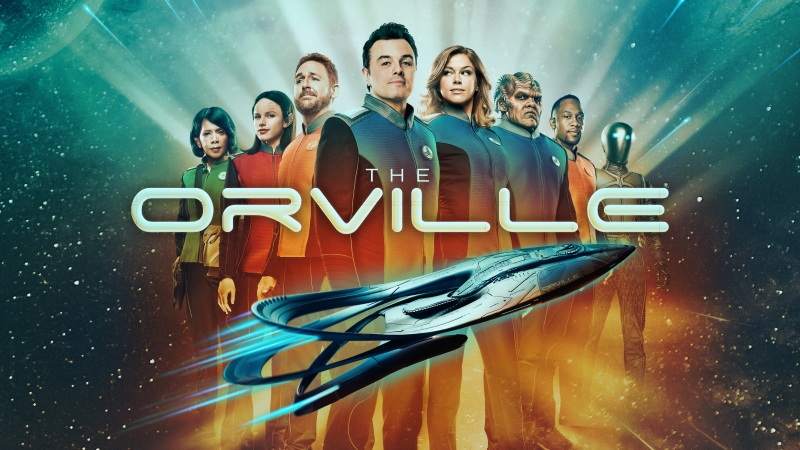 A couple of months ago I gave a chance to a Seth MacFarlane “Star Trek spoof” show called The Orville. After growing disaffected with nuTrek and the aggressive mediocrity of Discovery and Picard, I decided a show that basically parodied the 90’s-era Trek I love so much was better than a version of Star Trek that seems made by people who either don’t know Star Trek, don’t understand Star Trek, or actively dislike Star Trek.

Say what you want about Seth MacFarlane, the man knows, understands, and genuinely loves Gene Roddenberry’s world. You can check out my overall thoughts on season one here…

In addition, last month I wrote an episode-by-episode breakdown and review of the first season…

When I first sat down to watch The Orville, I knew very little about it. The show was already through two seasons with a third in production (or, it was until COVID-19 happened), and the overall consensus among fans was “the first season is hit and miss but the second is where it grows the beard.”

If you’re not familiar with the expression, to “grow the beard” is a phrase used to describe a show that finds its footing, figures out what it wants to be, and gains the confidence with itself to expand on its core ideas. Its origins are with Star Trek: The Next Generation, whose first season was a very messy one. A few standout episodes can be found, but there are also many (many) episodes that were poor in 1987; they’re laughable now. That said, by the show’s second season, the actors found a much better grasp of their characters (particularly Geordi, Data, and Worf) and the episodes had more confidence to them. Commander Riker in the turbulent season one was clean-shaven; TNG’s second year began with Riker sporting a full beard. Thus, the phrase signifies the evolution, maturity, and solidification of a TV show.

What’s funny is that the second season of TNG really wasn’t the year when everything gelled. That came in year three, when a new writing staff came in, led by Michael Pillar and featuring newbies like Ronald D. Moore and Ira Stephen Behr.  Season two was a stronger one than the first, no question, but season three is when the show finally became what fans loved.

The Orville beat TNG by a full year. 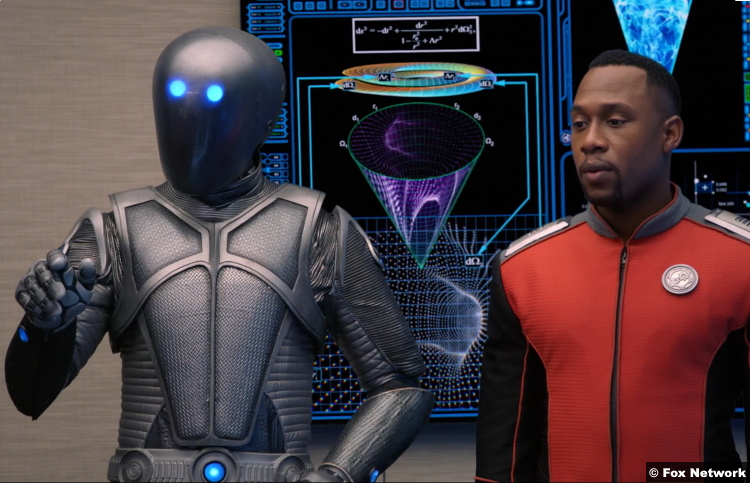 This show improved by lightyears between its first and second seasons. Everything that worked in the first season is improved here, with one significant exception. Likewise, everything that fans complained about in season one…while it wasn’t eliminated, it was significantly toned down. And despite the easy comparisons to make to TNG, it’s another Star Trek show that I kept thinking about as I watched the second season.

Of course, the tone, the gravitas, and the epic scale aren’t there, by design, but in terms of the way the season’s stories were structured, it’s very much akin to the way DS9 was presented. The second season featured stand-alone episodes that still remembered an ongoing arc, the way DS9 throughout seasons 3-5 basically featured a new story every week, but still integrated the ongoing tensions with the Dominion, the Klingon War, guest-spots by Gul Dukat, etc. DS9 felt like it existed in a living world that grew as the years went on. It lacked the static nature of Star Trek Voyager, ironically, since Voyager was all about moving forward (from Delta to Alpha Quadrant), while DS9 took place on a fixed space station.

The Orville season two features two huge storylines that are interwoven throughout; sometimes these storylines rise to be the A-plot of an episode and sometimes it’s a minor C-plot. Sometimes we only get a passing reference, just to remind us that yes, this issue is still out there and yes, it will be brought back up.

The first of those plotlines concerns Isaac, the sentient robot from a planet of sentient robots. I’ll have more to say in the next few pages about the phenomenal two-part episode that focuses on this storyline, but for now, I’ll just point out that seeds are planted throughout the season leading up to that two-parter. It doesn’t just happen out of the blue, forcing too much storytime to be devoted to set-up. The work is done in the preceding episodes, allowing the payoff to be that much more exhilarating. That was the secret sauce to DS9; it laid so much groundwork in episodes over the years that, when the final couple seasons hit, it was just payoff after payoff after payoff. It’s also the reason why Voyager’s many “special event” two-parters often fell flat; everything was so bottled, the setup, execution, and payoff all happened in the span of two episodes.

The Orville sets up its two big storylines so that when the cards are played, they’re played in a big way. 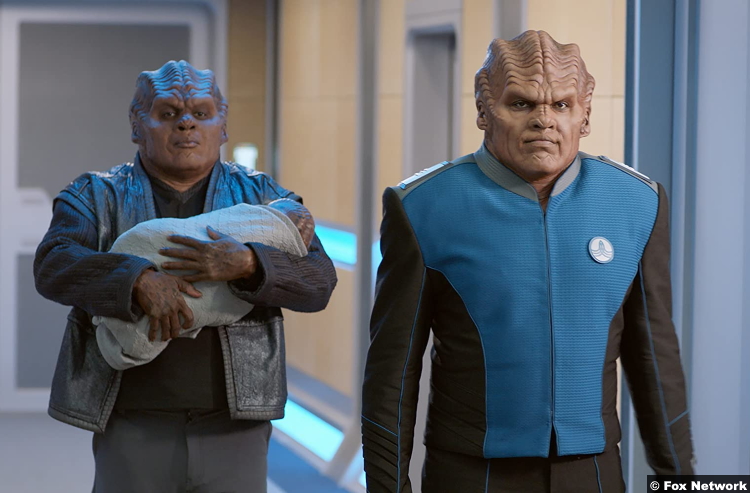 The other major plotline revolves around Bortus, who continues to be the comedic standout in the series. From the look of him, you’d think he was a “Worf knock-off,” and while there are similarities, the show does an excellent job exploring and developing the culture of the Moclan race, treating it first as a joke, then as a continued oddity, until finally, it becomes a major conflict that must be resolved. The subtle way the show does this is remarkable and there’s not another example like it I can think of in any show.

The closest relation is the story of Worf and House Duras in TNG. That too spanned multiple episodes and seasons as Worf wrestled with the political and moral failings of his people and his quest to restore the honor of his father’s name. The difference is, we know the Klingons are important from moment-one in TNG. Any story featuring them and Worf is instantly the A-plot.

The Orville set up the Moclan conflict throughout the first two seasons, mostly in the background, with only a few key episodes focused on it in a major way. By the time the big episode happens near the end of the season, you don’t even realize how invested you are in how it all plays out. It really is incredible writing, even with all the dick and fart jokes sprinkled about. 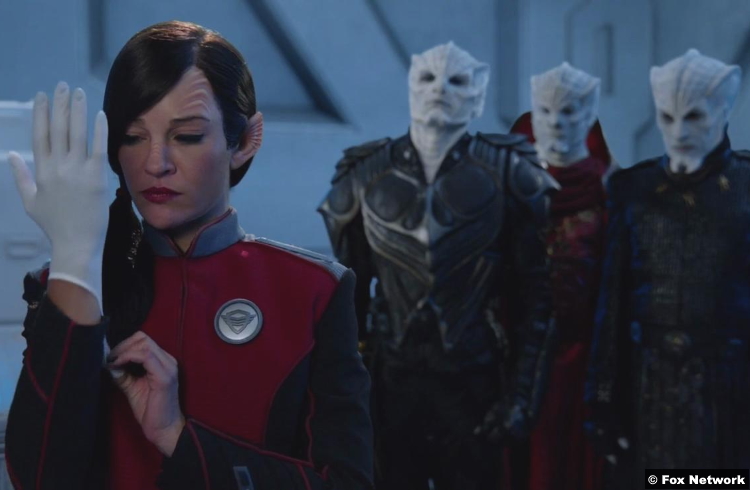 By the end of season two, The Orville was not just a Star Trek spoof; it was a true sci-fi adventure serial, made with a love for the Trek shows that came before it while also blazing its own trail.