In the end, it turns out that it was a terrible mistake. And while we seem to know the motive behind what led up to it, there are still parts to unravel. But they almost seem like an afterthought.

I’m not saying it’s not important–those details, after all, are what can lead to Emily’s acquittal. They just seem to pale a little, though, when you consider that terrible mistake, one that Virgil could hardly speak aloud. 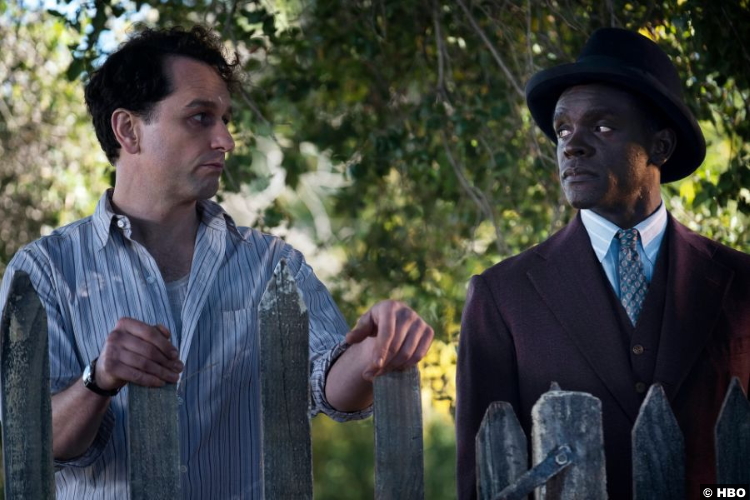 But before we get to all that, a word about the scene that began the episode. As Penny Dreadful: City of Angels also featured its evangelist character recounting a similar story, I wondered, as you might, if this were a reference to something that actually happened to Aimee Semple McPherson. However, I couldn’t find anything.

This doesn’t mean that it didn’t really happen, of course. But still. While it’s certainly an effective way to illustrate the sacrifices Alice has been forced to make for her ministry, it makes my stomach hurt.

Not that there isn’t enough already to pain me. Sunday nights see me reviewing three shows that revolve around child-killing–besides this, there is NOS4A2 and The Alienist—so I have to be made of strong stuff. That doesn’t mean it’s not sometimes a challenge.

At least, though, the motive behind all this–the kidnapping of Charlie Dodson–is relatively bloodless. It’s rather practical, actually, and if it hadn’t ended as it did, then it might have even been almost clever. But of course, it did end with Charlie’s death.

After his talk with Jim Hicks, Perry gets him on the stand, where Hicks reveals that the church was in deep debt. In fact, they were in debt to the tune of about $100,000. I was too busy calculating the inflation, trying to figure out how much that is in today’s money, to realize that oh, yeah. That was the ransom for Charlie Dodson. And it happened just three weeks after Herman Baggerly, Charlie’s grandfather, stopped financially supporting the church. 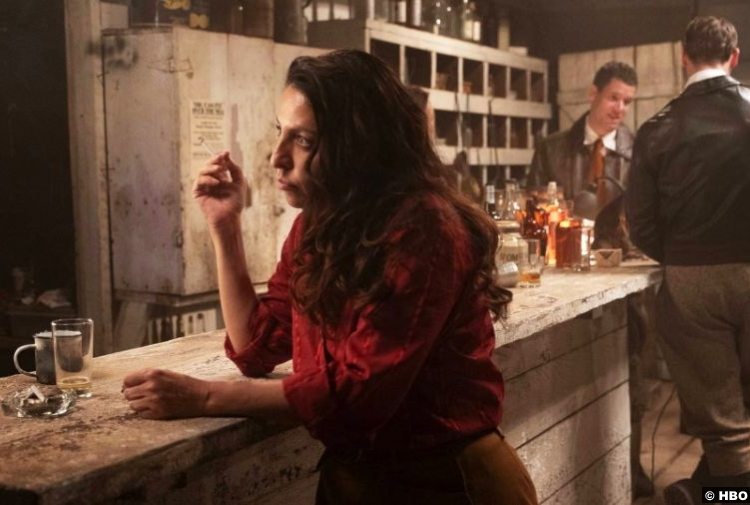 So that seems to be the motive. As for what happened after that, the details are just tragic. Officer Drake tracks the kidnappers’ movements to what he charmingly calls a “motor court.” A housekeeper remembers the group, particularly that they had a crying baby. Another man and his wife showed up and then the baby stopped crying.

As the wife was described as Asian, it’s not a leap to make the connection with the brothel Ennis is always visiting, the one staffed by Asian women. Perry goes there undercover and while he ends up getting thrown out by the security, he does get to talk to the right sex worker long enough. Like her, there was another woman there who provided, uh, lactation services. The other woman did go somewhere with a beady-eyed cop-type and come back. And now she can’t talk to Perry, because she’s dead. A heroin addict, she died of what sure sounds like a hotshot.

Perry goes to see the body and asks Virgil what would happen if a baby drank milk from a heroin user. Virgil can barely get out the words. The baby, as Charlie Dodson did, would suffocate. It’s almost too horrible to contemplate.

But Perry can’t dwell. If he’s going to move on Ennis, he better do it fast, because Ennis is obliterating all his loose ends. Pete is supposed to track church elder Seidel, so he’ll make it to trial. However, he loses track of him. Seidel actually gives him the slip, because he’s meeting with Ennis. He should’ve just taken his lumps and gone to court. Because the alternative is that Ennis stabs him to death.

Meanwhile, there’s still the approaching resurrection of baby Charlie. When Sister Alice is recording an Easter radio program, she’s ambushed by former church elder Brown and his group. They bring in that fellow she “cured” back in Chapter Five. Unsurprisingly, he’s back in a wheelchair. I’m not sure what they thought her reaction would be, but how she actually reacts is pretty predictable to me. She just says the man didn’t have enough faith. 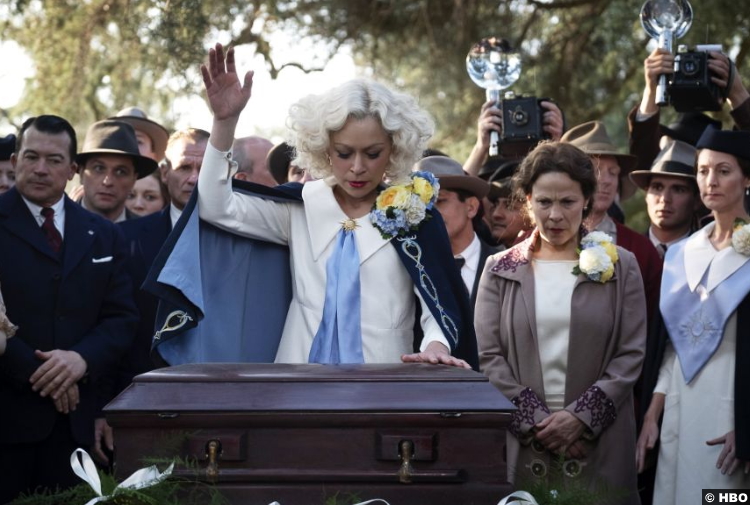 How much faith does she have, though? Because when she’s supposed to pull off her greatest feat yet, the coffin is empty. Sister Alice is hustled out of the cemetery, as a near-riot breaks out. And thank goodness her mom magically picked that detour, because it brings them directly to a mysterious baby, whom Birdy announces is Charlie Dodson. But instead of accepting “her” miracle, Alice runs away.

8/10 – Even though this is the penultimate episode of the season, the tension hasn’t let up. In fact, it’s only gotten worse, as it comes down to the verdict. Not just the verdict for the trial, but with what Perry’s going to do with his life. He’s not even going to have a home in a month, so he better get this right.

Also, apropos to nothing but his existence, but I just wanna say that I love Shea Whigham so much.