For a guy who didn’t know her from Eve, The Hourglass sure has pivoted quickly to attacking Vic. Because after a flashback to Wayne’s birth, we check back in at the lake house, where The Hourglass (Paul Schneider) is already causing mayhem. 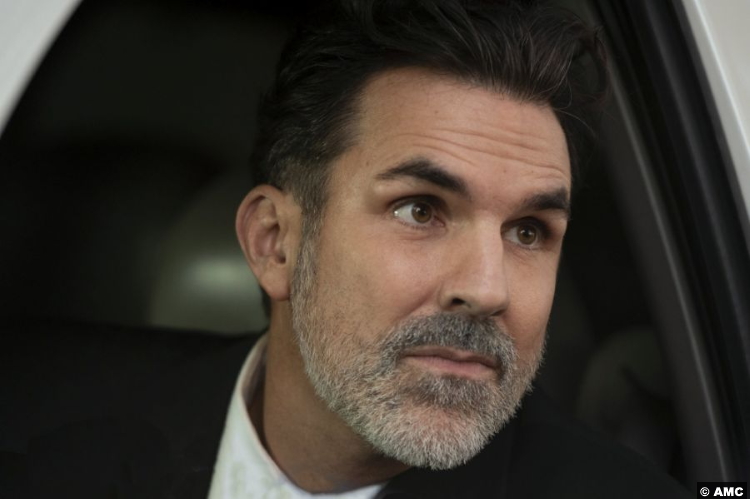 His knife, unsurprisingly, is an actual hourglass. Well, a sand timer–it’s not a true hourglass. Anyway, he uses it to make people do things. It’s kind of like hypnosis, at least in the way we always see on TV and in movies, because the people affected don’t seem to realize they’re in his thrall. They just move dutifully toward completing the task he’s assigned.

And in this case, it’s the two FBI agents he’s enthralled. He orders them to go back to the house and kill Lou and Chris, sparing Wayne. So they return and immediately start shooting at Chris, but he manages to wound Agent Ash (Beth Petrou), the female agent. Before Agent Chen (Michael Tow) can fire at him, though, the sand runs out in the hourglass and Chen kills himself. 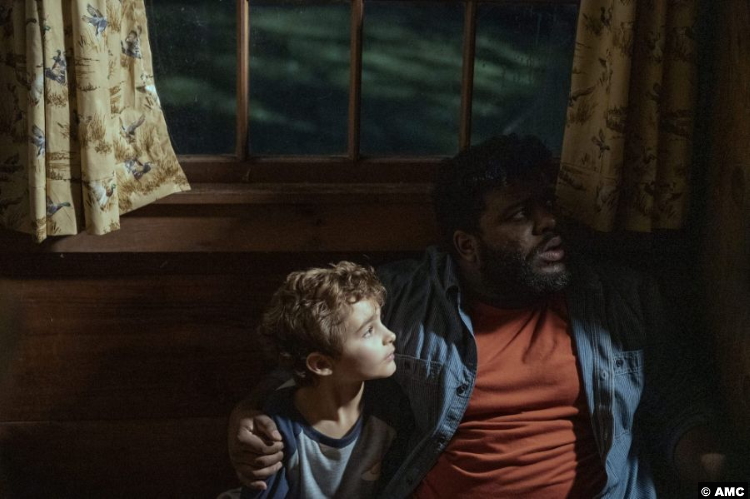 As Wayne and Lou are in the house, watching this terrible scene unfold, Wayne smells what Lou must realize is gingerbread smoke. So Lou spirits him out of the house, but they don’t get far before Bing gasses Lou. And after a brief chase, he catches Wayne, and he and Manx bundle the boy into the Wraith.

By this point, Vic has returned from Maine, but she’s returned to a tricky scene. She’s got the ANFO detonator, but of course, her son is now in the Wraith. It only gets worse when Charlie mows her down with it. Then Manxwell comes after her with his silver hammer.

Wait, is she wearing body armor? I think so. I also think Manx thinks he’s breaking her bones, but he’s hearing the ceramic plates or whatever shatter. Perhaps because of that, he does a whole James Bond villain speech while he’s working her over. Uh, what usually happens, though, when a villain jabbers on at length?

That’s right–she’s able to gather her strength, kick him, and steal the hammer. After she knocks him down, she goes to work on the Wraith, which of course, also hurts Charlie. However, she’s unable to get the doors open and Bing is shooting at her, so she runs to the dock and jumps in.

Then we see things from Wayne’s perspective. He’s able to text Lou, who’s regained consciousness, but Lou can’t get the Wraith open, either. And just as he’s cracking the glass, Manx regains strength and beats him unconscious. 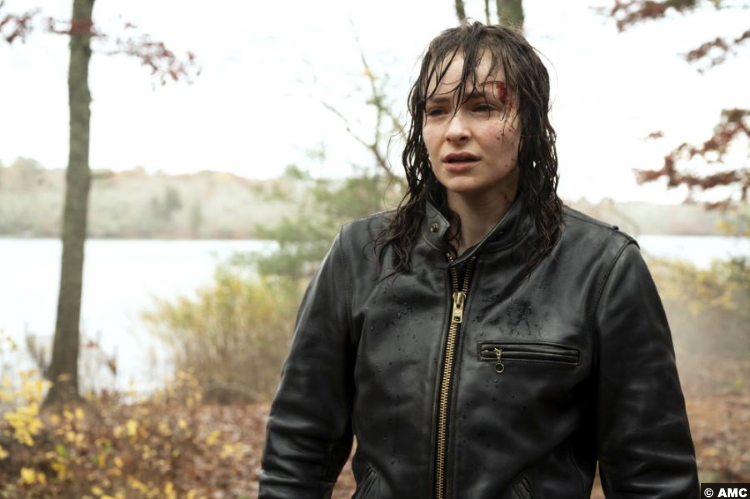 Vic takes shelter behind a swimming dock (?) and then eventually right underneath Bing on the actual dock. He and Manx both taunt her for a while. I don’t know if they’re trying to annoy her to death, but it’s working on me.

In all the commotion, though, I lost track of what happened to Chris. I don’t know if he lost consciousness or what, but he ends up flanking Bing and Charlie. He shoots Bing, then fires repeatedly at the Wraith, as Charlie has returned there for safety. It’s to no avail, though, as Manx drives off (without Bing).

And as they’re driving away, Manx is such a hypocrite. I mean not to make the cover story of No Duh Weekly, but still. He’s raging to Wayne about Vic being violent in front of him, but of course, he literally ran her over in front of her son. Ran her over with her son in tow, to be exact. 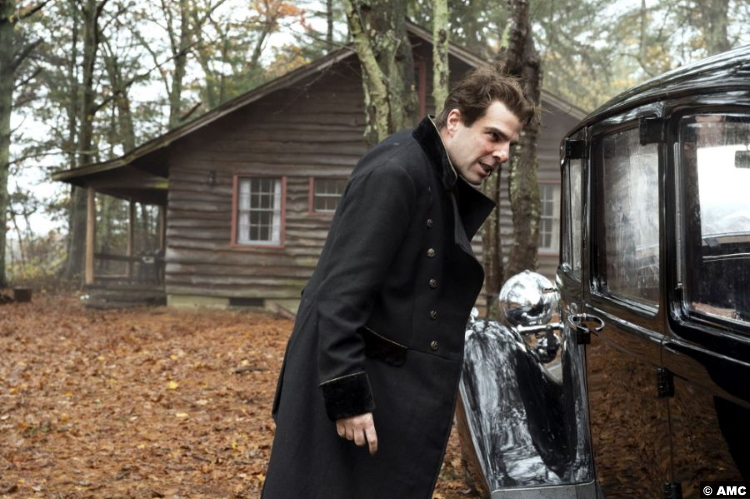 While Chris and Lou stay behind and wait for help to arrive, Vic takes her bike after the Wraith. She unloads what sounds like a full clip into the car, but it has little effect. I would like to know the physics of what does and does not affect the Wraith.

*I go off to do research and end up calculating, for some reason, how many books I’ve read since I read NOS4A2*

Unfortunately for Vic, though, The Hourglass didn’t leave after his initial visit. Instead, he’s lying in wait, just in place to plow into Vic. And just like the beginning of the episode, she’s once more in a hospital, crying for her son.

8/10 – The threat of Manx taking Wayne has been looming over the season since it began. Having it happen halfway through is only a little brave–although many shows would leave it until like, the penultimate episode–but it is very stressful. How’s Vic going to get him back?