Right before I watched this episode, I watched Eurovision Song Contest: The Story of Fire Saga, which also features Ólafur Darri Ólafsson, aka Bing. So it was a bit jarring coming back to the show.

And back on this show, Wayne has started sleepwalking apparently. I say “apparently” because that’s what it looks like to Vic and Lou. However, we know that he’s actually having sleep conversations with Charlie. It’s what you’d expect–the ol’ razzle-dazzle about how great Christmasland is. 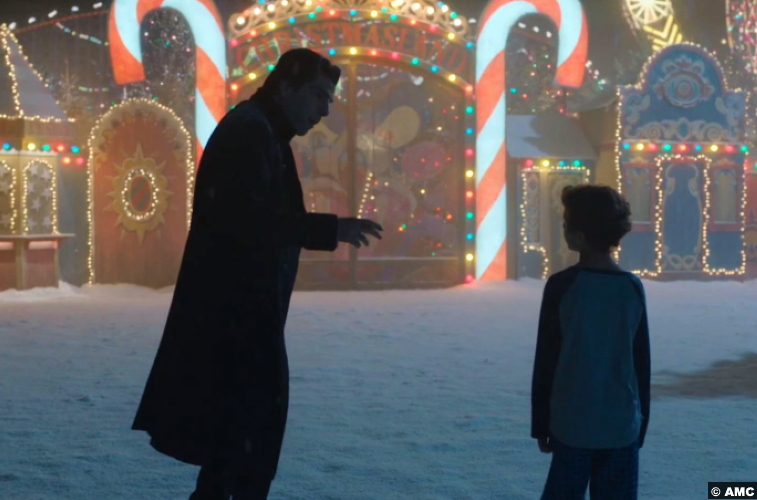 Vic knows that they’re not safe as long as Charlie knows where they are, so she and Lou decide to take Wayne to her dad’s lake house. As they’re staying with Tabitha and Maggie, Tabitha sends a couple of agents along with them to keep watch. However, to Tabitha’s mild consternation, Maggie goes, too.

Of course, it doesn’t matter, because the candy cane Charlie gave Wayne works like a homing beacon. He doesn’t know where the boy is, but he can still visit him. And he is. Still visiting him.

Meanwhile, Lou continues to want Vic to get serious. To that end, he wants to adopt Wayne officially. After all, if Vic is going to be effing off to follow Manx whenever she feels like it, he’d like to have some official say. And he’s right. That’s just practical.

So while Vic and Chris make ANFO bombs, she talks to her dad about the situation–in very loose terms, obviously. He points out that Lou doesn’t have to be there. The fact that he is means something. He also tells her to learn from his mistakes and fish or cut bait. It’s not fair to Lou to have one foot in the relationship. 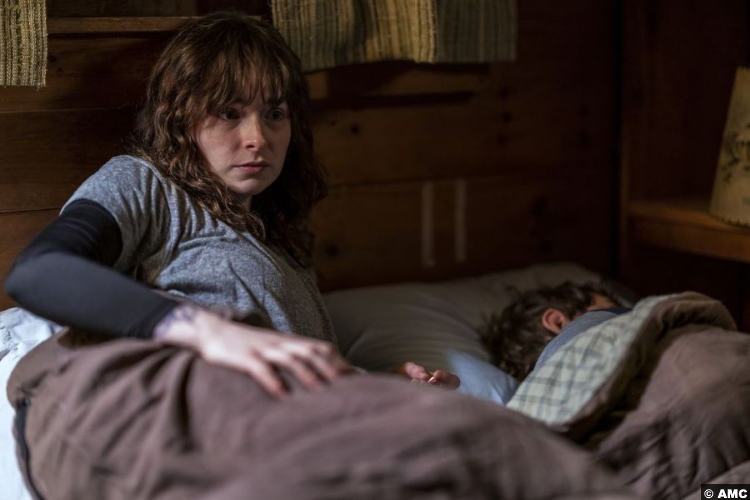 Wayne’s continued sleepwalking and talking–“Sometimes Mom doesn’t like us”–leads to a confrontation between mom and son. I think Vic has known to some extent how much she’s hurt Wayne, but I’m not sure she’s internalized it before now. And no matter what you think of Vic, Ashleigh Cummings is really knocking it out of the park in this scene.

Back in Haverhill, Tabitha’s boss is cautioning her against her continued search for Bing. It’s not that she doesn’t believe he’s a threat or whatever; she just thinks the situation calls for an excess of caution. So of course, right after Tabitha finds the dentist’s office that employed Bing–an office that is now missing its gingerbread smoke–and uses their info to find his home, she immediately rushes in without waiting for backup. And I don’t get why she’s a little frosty about Vic–this is a very Vic McQueen move. (Also, incidentally, it’s so normal now to see someone in a mask that it took me a moment to be like, “Oh, yeah–she doesn’t wanna get gassed.”) 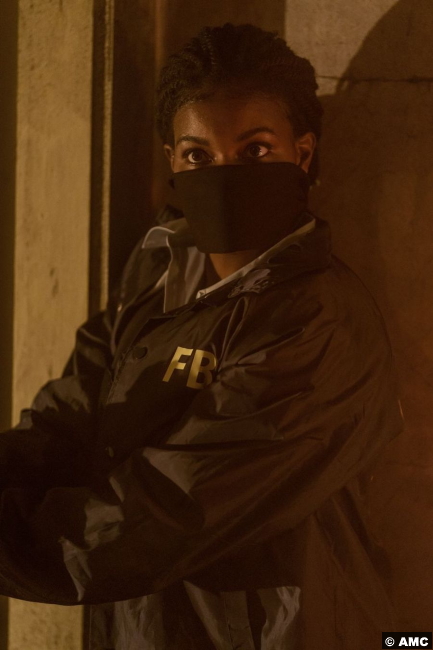 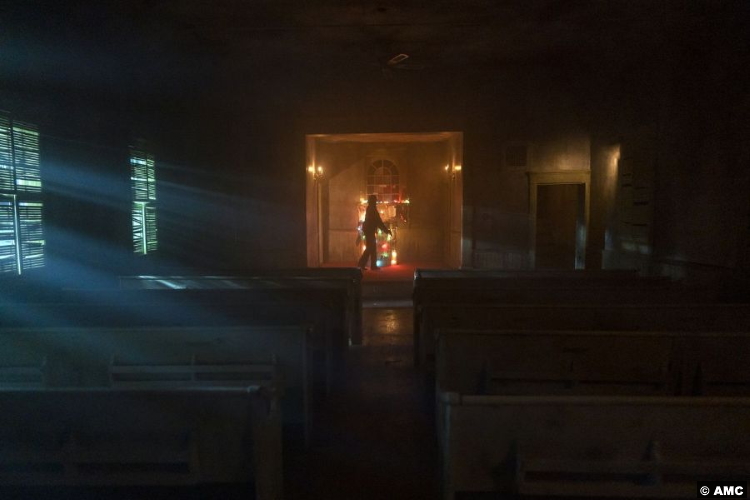 At the same time, Maggie’s worried because Tabitha hasn’t answered or returned any of her calls. So, despite the tremendous effort it takes, she consults her tiles. They spell out “HOUSE OF SLEEP.” If you’ll recall, when Maggie used the tiles with Tabitha to look for Bing, they responded “HOUSE OF SLEEP TWO.” So obviously, Maggie’s alarmed. Vic, in a Vic McQueenly move, decides to use her bridge to find Tabitha, and Maggie comes along. 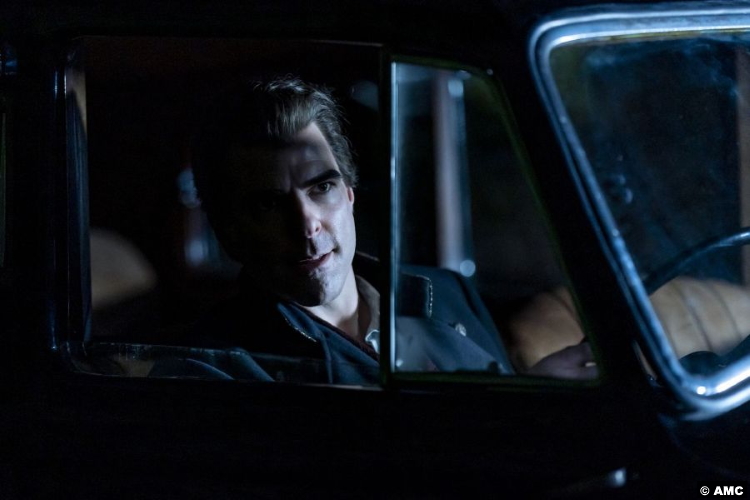 That seems like it might be a good thing, because about that time, Bing ambushes Tabitha and they fight. Despite his distinct size advantage, though, Bing doesn’t have Tabitha’s training, so she actually gets the better of him. Then Charlie shows up and knocks her down. He doesn’t knock her out, though, so she’s able to shoot him. Man, Tabitha is one tough cookie.

So by the time Vic and Maggie get there, it’s all over but the shoutin’. Bing and Manx have gotten away again, but Tabitha’s still alive. And that’s a good thing, because they’re going to need all the people they can get. As Wayne’s telling Lou back at the lake house, Manx knows where they are.

9/10 – Some important conversations happened this week, particularly between Vic and her dad and between Vic and her son. I don’t think she’ll be perfect going forward, but she had to face some hard truths this week. In addition, I also scored this high based on the scenes at the House of Sleep. They were genuinely nerve-wracking, as I wasn’t sure if Tabitha would make it out. Then again, unlike a lot of people, she knows what she’s up against.