As long as we’re sitting at home, keeping healthy (and keeping others healthy), we might as well sit on our couches watching TV, catching up on all the movies and shows that might’ve been missed. Already we’ve considered Battlestar Galactica and noted how it remains a relevant sci-fi masterpiece fifteen or so years after it aired.

When Battlestar Galactica was on the air, it was easily the best science-fiction show on television. In my opinion, it remains the best sci-fi show, at least in the 21st century. Today, there’s a new show that is regarded as “the best sci-fi on TV.” It’s based on the ongoing book series by James S. A. Corey (the pseudonym of co-writing team Daniel Abraham & Ty Franck)… 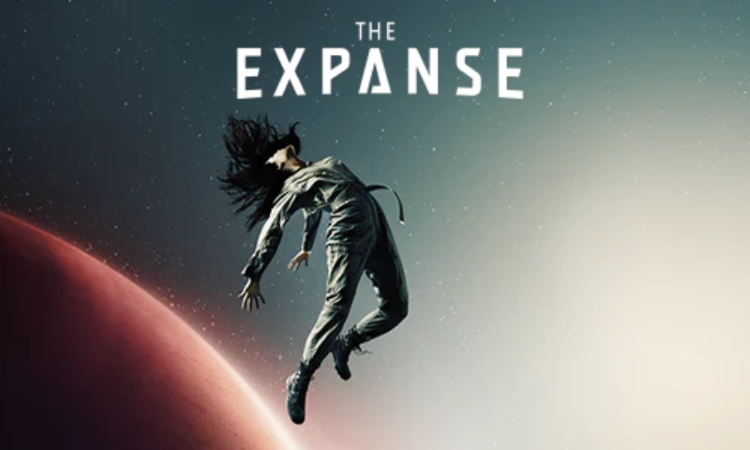 I don’t envy Cult of Whatever’s Joe Allen. He is our resident Expanse show reviewer and has articles up for every episode of the most recent season, the fourth. I don’t envy him because The Expanse is a deep and densely packed universe of characters and history, and neither the book writers nor the show writers (including Abraham and Franck, as well as showrunner Naren Shankar, a TNG alum) waste time rehashing things that have already been established. In other words, if a character pops up in season three that hasn’t been around for ten episodes, don’t expect a formal re-introduction. Keep up. Pay attention. There’s no time to slow down.

Reviewing a show like that, remembering all those details, is a tall order and Allen does a great job with it.

The show’s episodes themselves are highly serialized, to the point where most episodes have no definitive ending point, only a “stopping” point. The point is, if you want to watch The Expanse (or read the book series, which I am currently doing), you’re going to have to dedicate yourself to it. This is not an easy-breezy popcorn show you can half-pay attention to while browsing the web on your phone. That might be a turnoff for some, and might be the reason why the ratings were never great (and thus, why SyFy canceled the show after three seasons, only for Amazon to pick it up for its streaming service).

If you do invest your attention, however, what you’ll find is a show that runs like a diesel engine. It takes a little bit to warm up, but the longer it goes, the better it rides.

Up until very recently, I was a total newcomer to the franchise. I just finished a two-week binge of all four seasons, however, and—not to horn in on Joe Allen’s territory—I want to offer some summary thoughts on the show as a whole, and on its major arcs over the four seasons it’s been on the air. 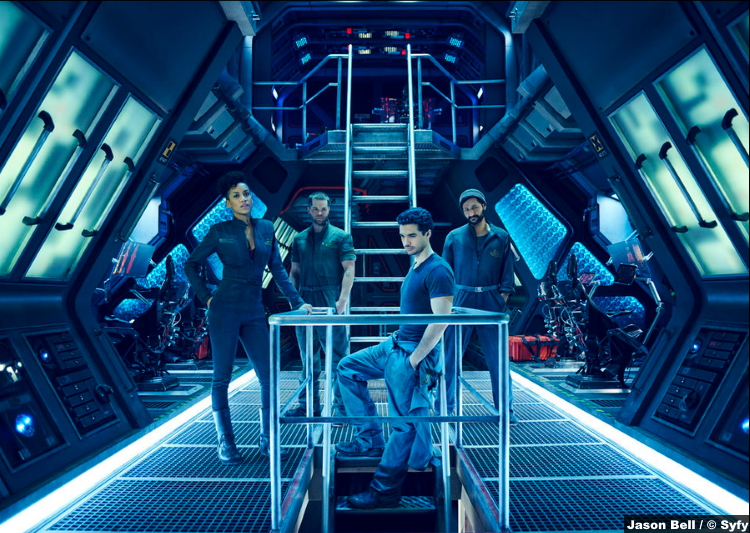 Here’s what you need to understand when you first sit down to watch The Expanse:  While you might be someone who is immediately hooked, the odds are you’re going to struggle with how much world-building, foundation-laying, and plot-setting it has to do. After episode one, you’ll think “okay, let’s see where this goes…” but then episode two happens and you’ll feel like there’s a mile of road ahead of you and you’ve only gone six inches. It’s not until episode four that anything really exciting happens, but then things slow to a crawl again in episode five. By then you’re halfway through the season.

So maybe, if you’re like me, you’ll be watching this show, being patient with it, thinking “I guess the whole first season is set-up, and the season one finale will tease the big stuff to come.” But then the finale comes…and goes…and it seems like it stops in the middle of the plot. I don’t mean a “cliffhanger,” where the plot reaches a crescendo and then cuts to black, leaving you to wonder what will happen next. And I don’t mean a “question-ender” (like Battlestar Galactica was so great about), where the finale ends with a giant question about where the story could go because the table has been completely flipped. No, The Expanse’s first season doesn’t end. It just stops.

Like most episodes of the first season, it acts like pieces of the larger whole and doesn’t even wrap things up with any kind of strong resolution until almost halfway through the second season. As a matter of fact, it’s not until season two, episode five that the plot of the series’ first book, Leviathan Wakes, wraps up.

More on that in a moment.

The Expanse, as I say, is a diesel engine, but it’s one you’re going to have to invest a ton of time into before it feels like it’s paying off; probably, it asks more of its audiences than viewers were prepared to handle (certainly more than they were used to handle). Not to compare it to Battlestar Galactica (because BSG was as much space opera as it was science-fiction and The Expanse, especially early on, is hard-sci-fi), but BSG’s first season began with a great miniseries, and then its first proper episode was one of the best sci-fi episodes of any show, ever. It started with a bang and barely let off the gas until midway through season two. The Expanse doesn’t even feel like it’s hit third gear until midway through season two. BSG had a story that was broader, yet simpler, able to explore a lot of characterization while building a deep mythology in the background for the first three of its four seasons.

The Expanse, on the other hand, is so deep and so layered it takes a season and a half to do what BSG did with its miniseries (introduced and established the characters, stakes, and motivations, and threw them in a blender multiple times for drama’s sake).  The Expanse’s first season just moves at too slow a pace; it undermines its own interesting story.

All that said, there are many positives.

The special effects are incredible, the science is meticulous, the characters are strong (eventually), the acting is solid, and like the book series, the universe of these stories is rich and well-developed. As a novelist myself, I’m in awe of how well put-together the universe of the Expanse is. The first season did a great job translating that world to the screen; it just needed more of a sense of urgency to make the actual foreground plot move with some oomph.

8/10 — Too well-made to dislike, but too flawed to rate it any higher. 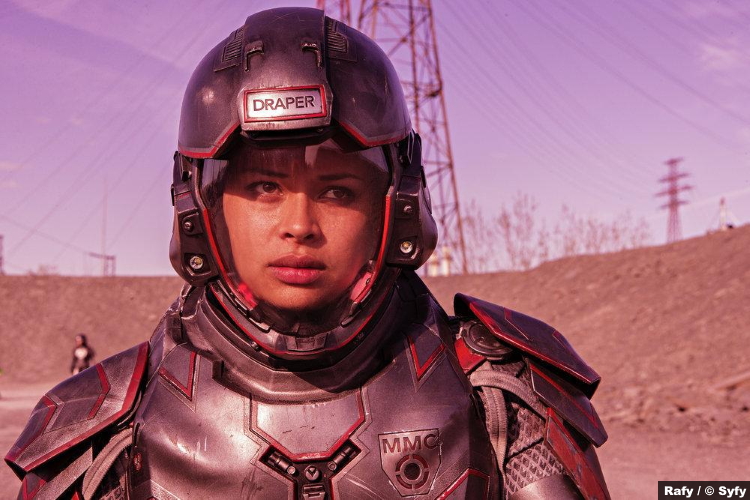 The second book in the series, Caliban’s War, has much more action and intrigue than book one. Since two-thirds of the season is devoted to it (as well as a few other plot elements peppered around the first few episodes), the season is all the better for it. Likewise, since the best of book one is its final act—which is depicted in the first third of the second season—The Expanse’s sophomore year had everything going for it that year one did not.

Just as the second book improves in every way on the first, so too does the second season. The writing is better, and does a better job ending with hooks to keep the viewer engaged, as well as developing the core cast of characters. Newcomer character Bobbie Draper is a standout, introduced as an Earth-hating Martian marine, who grew up on the red planet within the confines of a biodome, and who dreams of nothing more than kicking Earthers off the planet they no longer appreciate. By the end, she’s confused and disillusioned in her own government, with her entire worldview shaken to its core.

Season two benefits from a tighter story, with more forward momentum and action propelling it. Again, the benefit of having the conclusion to Leviathan Wakes early in the season, and the mid-point shocker of Caliban’s War as a season finale, make it a season on par with Battlestar Galactica. There’s too much going on (in a good way) that’s too much fun not to love.

For the record, I recorded a score out of ten for every episode I watched, and season two was the first to score a 10/10, doing so three times. The rest were 9s and 8s, but my overall enthusiasm for the show, which waned considerably after the disappointing first season finale, was given a major shot in the arm in year two.

9/10 – A much better, more confident outing than the first, promising itself to be a show that will get better the longer it lasts.