Penny Dreadful: City of Angels S01E10 Review: Day of the Dead – Not the end?

After an uneven season that struggled to express a central theme, we have come to its close. I’m not sure if there will be a second season, but considering how many plotlines they leave dangling, that’s what they’re counting on.

As for the show itself, we pick up where we left off last week. And on that note, although there’s another warning at the top of this episode, I think it refers only to footage of Diego’s death in the “Previously on…” montage. While there’s some heavy stuff in this episode, it all takes place largely offscreen. 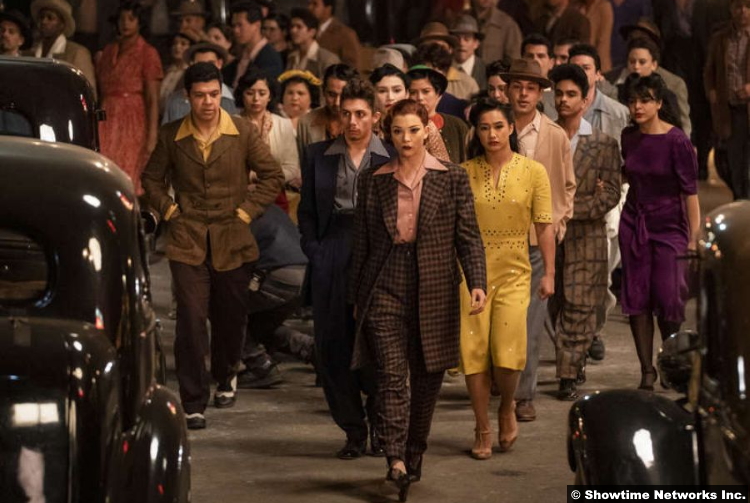 Now, back to last week. Everyone’s still having a great time at the Crimson Cat. That is, until Lewis arrives. He’s there to tell Tiago about Diego’s death, so he’ll be prepared for anything that happens. But of course, Tiago’s there with Molly and his family. Lewis takes Molly home, while Tiago tries to get his family to leave.

Before they can get out the door, though, Rico takes the stage and announces Diego’s death. The mood change is instant, and Rio tries to take advantage. Specifically, she tries to rile them all up to go start some shit. Rico, however, is the more level-headed one. They’re not going to do that, he says, because that’s what people would expect. Instead, they’re going to go retrieve Diego’s body, and they’re going to give him the burial he deserves.

And it might have gone that way had they not been hindered by two separate personalities of a demon. Because Elsa and Peter, along with their children, are stuck in traffic, having gone to the movies. Seeing Elsa, Rio signals her, and Elsa signals Frank, who screams bloody murder.

I have so many questions about this, like, how does this work exactly? And how do people not recognize that they look alike? I mean, at one point, Rio is right outside the car.

That happens, by the way, because after Frank screams, a startled Peter hits the gas, accidentally pinning a man between his car and the one in front. Rio does take advantage of that moment, hollering about how “they’re” trying to run them down. Then a full riot breaks out. None of the Vega family is hurt, but Rio does kill Rico. She leaves Mateo holding the knife, which Tiago sees, and once again, Mateo doesn’t bother to explain.

Anyway, they’re under martial law the next day and Townsend is crowing. He’s got his victory, his road, and now he’s yelling about a 1000-year empire, which, of course, is what the Nazis want–a Tausendjähriges Reich.

Elsa is also using this moment to push her agenda. Although the Craft family was not directly attacked, some guys broke one of the car windows, and the glass cut little Tom’s forehead. Tom is understandably traumatized after the incident, and tells his dad he hates those people. Peter consoles him, but tells him not to hate, because “hate is like a hungry rat–it devours everything else.”

Meanwhile, he’s got Elsa nagging him about pride and being strong. Later, alone in his office, he takes out an Iron Cross. I’m not a WWI expert, but I’m pretty sure they didn’t give those to medics. So he was probably a soldier, which explains a lot. He puts it on and tries out a Hitlergruß, but he doesn’t look like his heart’s in it. It should taste like ashes in his mouth, but he doesn’t know that yet. 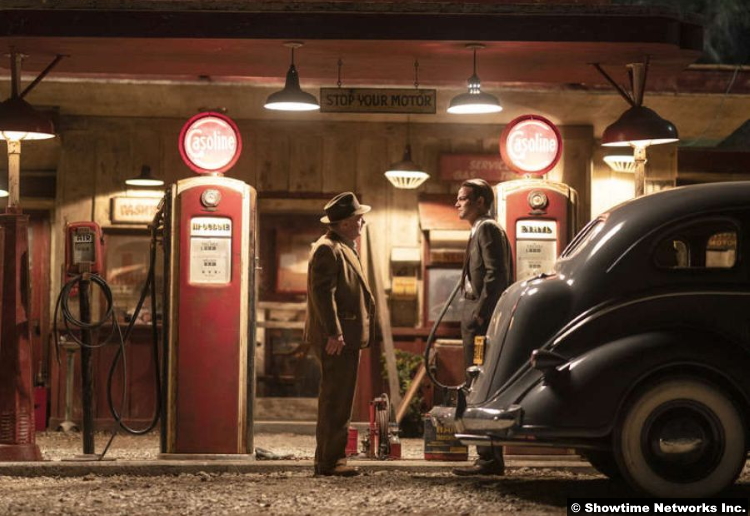 At the same time, speaking of ashes, Operation Move Brian is underway. Benny Berman’s had him squirreled away at the Vega home, but that’s not a permanent solution, obviously. Tiago would hit the roof.

Not that he has any cause to say anything, not really. He and Molly are planning on running away together. But when Molly tells her mom, her mother basically threatens her into staying. She tells her that she had the Hazletts killed because James Hazlett was a threat to Molly. And she’ll do it again, whatever it takes.

Yikes. Back to Brian. The plan is to drive him to Mexico, where he’ll get on a plane to New York. But as they’re driving, he tells them about something new he discovered–essentially, the first baby cries of the atomic bomb. As he describes what such a bomb would do to a place and its people, you can see the gears turning in Lewis’s head.

Followed by Kurt, they stop, ostensibly so that Lewis can use the restroom. He makes Brian get out, too, telling him that he wants to talk to him about something. They’re at the shoreline, so he takes Brian out to the beach. He tells him to look at the stars. And then he shoots him. 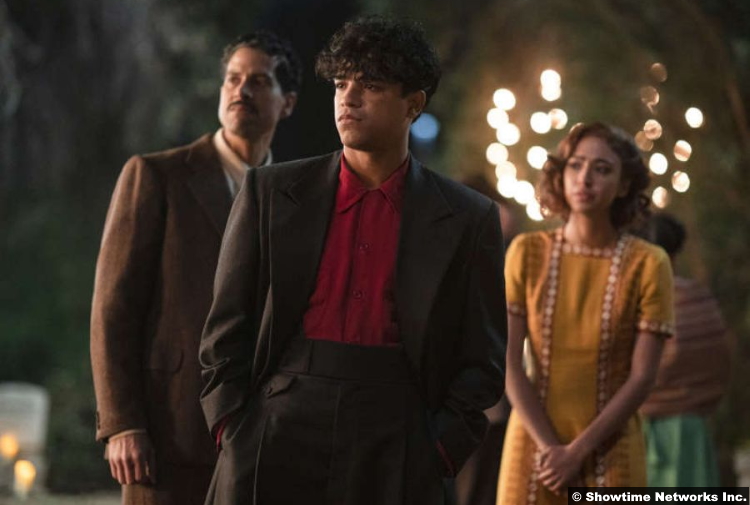 As they’re fueling up for their trip back, Lewis hears the terrible news on the radio. Sister Molly is dead. They don’t mention this on the radio, but she killed herself, perhaps believing that she’d never escape her mother. Lewis has to tell Tiago.

Soon after, Belvedere Heights is bulldozed to make way for Townsend’s freeway. Lewis is in disbelief–all this tragedy for a road. But Tiago knows it’s not just a road. They’ll cut off the Latinx community with this freeway. Then they’ll do it to the Black community and to Jews and to the Chinese. Because these aren’t roads they’re building–they’re walls. And then Tiago looks directly at the camera and says, “This is not the United States of America.” But of course, it is. It’s been baked in from the beginning.

8/10 – I’m not really sure what to say here. This was a decent episode on its own, but the season as a whole was, as I already said, uneven. It plays like they’re waiting to finish up the story in another season, which is kinda weird if you don’t already have a renewal.