I could say the same kind of things I’ve been saying for the past few weeks. You know, how this season is almost at an end and has squandered some really good actors in bit parts and set pieces that go nowhere. How the great battle that was foretold still hasn’t amounted to much. How the biggest blow Magda strikes this week is a spilled glass of orange juice. But I don’t want to do that. It’s boring, and one thing I can say about this week’s episode is that it’s not boring.

And I know that sounds like a backhanded compliment. But some of the previous episodes have been chores to watch. This one wasn’t, although parts of it weren’t easy to endure.

On that note, the show begins with a warning that the subject matter may be difficult for some viewers to stomach. In many cases, that’s a warning that a program is going to depict sexual assault. But not always. 13 Reasons Why, for example, used that warning before their school shooting episode. And it’s an act of violence that prompts the warning for this episode. Specifically, an act of police violence. In light of recent events, including in California, a warning seems appropriate. Now back to the show. 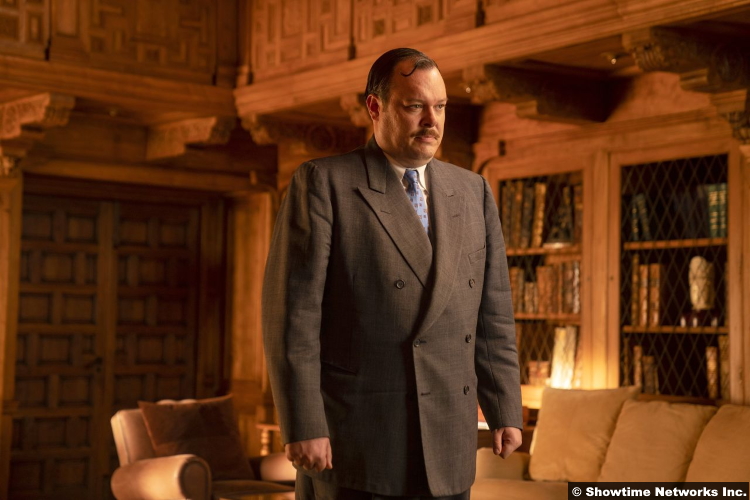 There are some distractions tonight. We finally get to meet Townsend’s father, for one thing. He and his power have been referred to a number of times and the late, great Brian Dennehy as Jerome does not disappoint. Charlton is visiting him to literally beg for his help with the roadway, as Councilor Beck is making good on her plans to force him into recall.

And although Charlton is not a great guy, after spending some time with Daddy–Happy Father’s Day, by the way–it’s easy to see why. His dad thinks the future is in airplanes, not roadways, so he doesn’t give a fig about Charlton’s plans. Also, he just doesn’t want to help him. Not because he’s “fat” or “ugly”–harsh–or gay, but because “…you’re weak, and I never back a losing horse.” 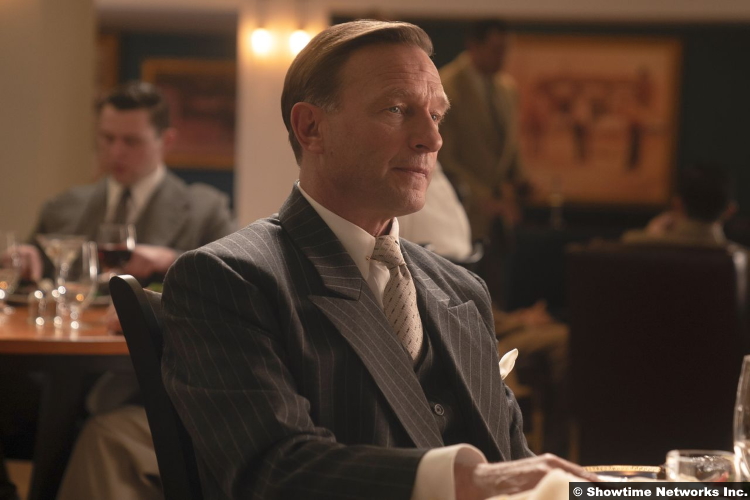 Also taking an L this week is Lewis. After the shootout last week, he decides to just go confront Goss. I’m not quite sure how he thought this would go, but I don’t think it went the way he was planning. Goss is unshaken and manages to shake him, by detailing a laundry list of information he has on Lewis’s estranged children and his grandchildren. At least Lewis gets Benny Berman and his guys to hide Brian. And just in the nick of time–Kurt was at Dottie’s house to kill at least one of them.

The bulk of the episode, though, and the reason why it was enjoyable to watch is the Vega family. They all end up converging at the Crimson Cat. Raul takes his Mama out for a night on the town, Josefina is there with her temple friends and her new red hair, Mateo is with the pachucos, and Tiago brings Molly.

Maria is thrilled to see her daughter, but more reserved with Mateo. He manages to win her over, though, by asking her to just let bygones be bygones for one night. Everything’s pretty chill after that, even when Tiago introduces Molly to everyone. Then Maria realizes who she is and has a fit that this woman has now “stolen” two of her children. Josefina is also upset because Molly didn’t tell her about Tiago. 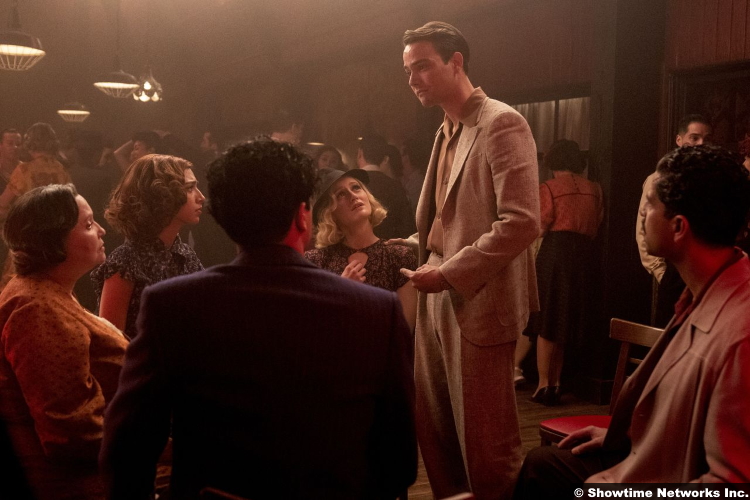 After an impassioned speech by Tiago (about how he loves Molly and they’re just going to have to accept it), everything is finally okay again. The Vega family all dance with each other and others and you can’t help but smile. 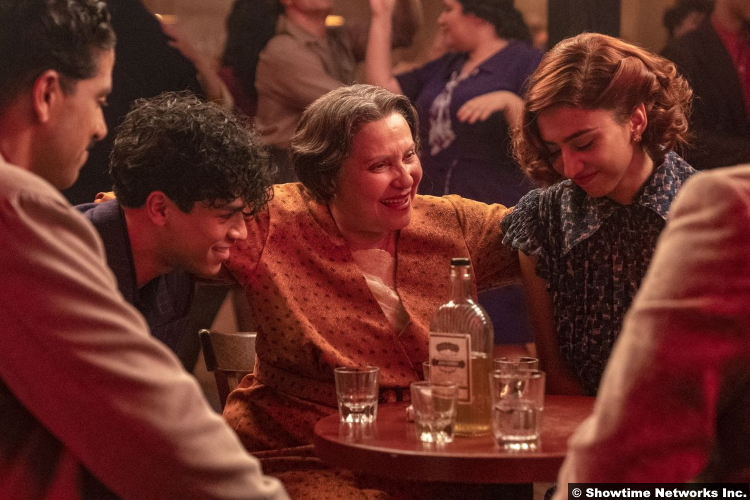 Good thing the show found a way to put an end to that. After his agreement with Berman, which now puts him in Berman’s debt, Lewis has to return to the police station for Diego’s transfer to San Quentin. It’s supposed to be routine. Lewis and several uniforms will transport Diego to the train station. It doesn’t go that way.

Instead, the other cops jump on Lewis. At first, I thought this was a Nazi thing, but it quickly became clear. After they handcuff Lewis inside the truck, they drag Diego out and lynch him. Maybe there doesn’t need to be any great battles. The evil is already here.

8/10 – Although I still have no idea how they’re going to tie a bow on all this, sometimes it’s just fun to dance…until the real world slams back into focus.