In some ways, it’s like this season doesn’t know when to quit. They’ll give us great scenes, like generally any of them with Konstantin, and then they’ll have another man’s pants fall down. But at the same time, the show won’t move forward. No one dies if they’re a recurring character.

By the end of this week’s episode, it may look like I’m proven wrong on this account, but am I? We’ll get to that later; I don’t want a big spoilery thing right at the top. 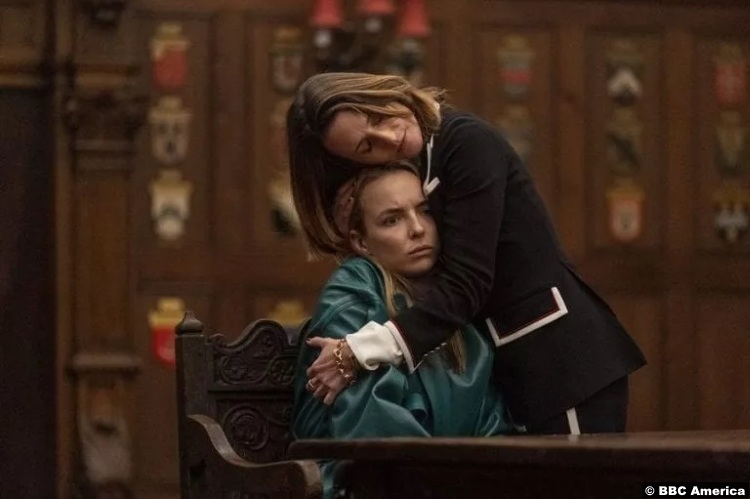 But anyway, it feels like Villanelle’s just really lost her edge. She’s trying to be cool and intimidating in her scene with Helene (Camille Cottin), but Helene just bats her away without even trying. And bringing Rhian (Alexandra Roach) is just a power move. Like, you aren’t special–there are plenty of other people who will do this work with a lot less hassle.

And I’m not sure if she was supposed to have another assignment, but she volunteers to take out Dasha. That entails a whole trip to Scotland, during which Dasha is completely oblivious. Maybe her confidence is shaken after finding out that she didn’t kill Niko; I don’t know. But in any case, she goes along with everything, as Villanelle pretends their target is a loud American. (Look, we come from a big country with wide-open spaces and we like to be heard.) 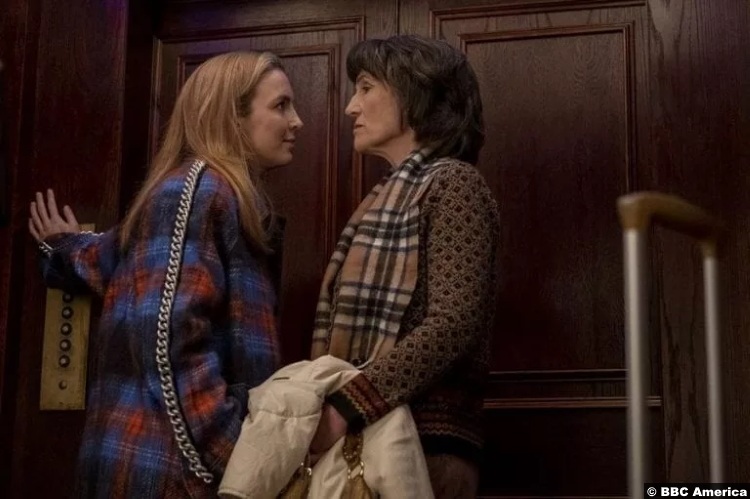 Villanelle lures the man into a wooded area off a golf course and then, she strikes Dasha with a golf club. She doesn’t hit her again, she doesn’t stay to make sure she’s dead, and she lets the man get away. Who is this woman? 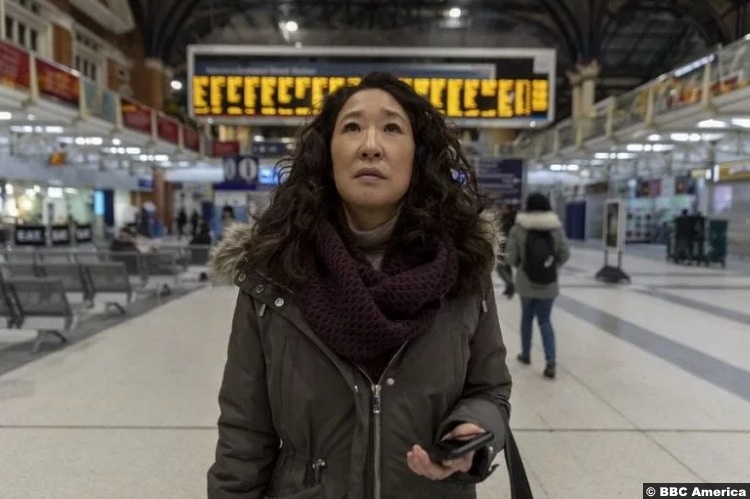 Meanwhile, Eve, having had Bear track the card used to buy that bus cake, is also in Scotland because the card was used there. She arrives at the resort just in time to see the American man running for help. Villanelle’s gone by the time Eve gets to Dasha, who’s still alive. She briefly flirts with darkness, cracking Dasha’s rib when she jokes about Niko, but she gets it together. She’s still too late, though.

Konstantin has already whisked Villanelle away, and they’re making a getaway when he has a heart attack. Irina’s going to think he abandoned her. She’s in detention, thanks to killing her stepfather last week, but Konstantin had promised to return in two days for her. It’s so hard to juggle both your budding sociopath daughter and your surrogate sociopath daughter, I’m sure.

Villanelle doesn’t want him to die, but she can’t stay with him. Instead, she goes to retrieve his money, leaving just as Eve gets to the train station. They get a glimpse of each other as the train pulls out, but that’s it.

And back in London, Mo’s been tracking Paul, as Carolyn’s convinced he’s playing another side. He’s found something he believes to be solid, but we may never know what it is. Just as he’s leaving her the message, we see Rhian following him through a park. The next time we see Mo, he’s submerged in the water like John Everett Millais’s painting of Ophelia. And yeah, he looks dead and people are told he’s dead, but Niko survived a whole pitchfork to the neck, so who knows? 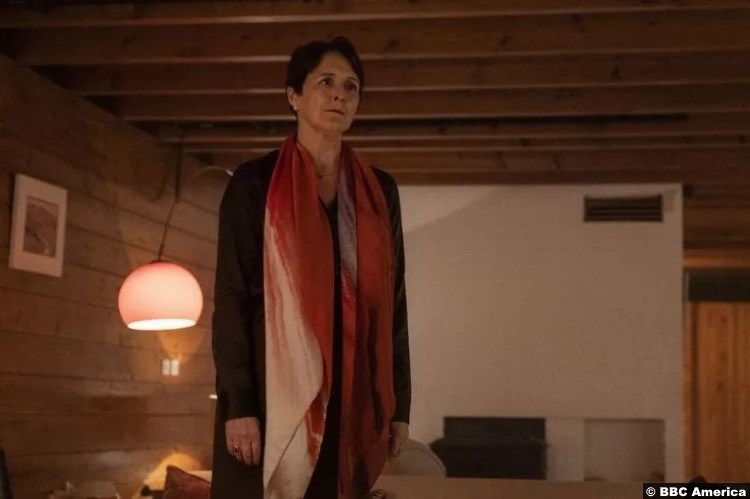 Carolyn takes the news of Mo’s death with her characteristic reserve–she describes it to Geraldine as “disappointing news.” When Geraldine, who’s had her mom’s suspicions of Konstantin proven, presses her to express an emotion, Carolyn destroys a bunch of crockery. Well, that’s an emotion.

And we end our story with Konstantin in the hospital. He’s not alone, though–he’s got Dasha in the bed right next to him. Why are they both still alive?

6/10 – Where’s the tension, where’s the excitement? Nothing happened in this episode that wasn’t completely telegraphed from the beginning. And we’re still introducing new characters, while the central conflict–Villanelle and Eve–gets short shrift. And again, why does everyone keep living? Not to sound homicidal, but it’s another symptom of the lack of tension–if there are no stakes, then why does anything matter?

Big props, though, to Taylor Swift for ensuring that the conglomerate that bought her catalog doesn’t make money off it. That cover of “Look What You Made Do” at the beginning was produced by Nils Sjöberg, aka Taylor Swift.