Westworld S03E07 Review: Passed Pawn – Coming down to the wire

The episode starts with Clementine visiting Sato-Dolores as she’s managing her affairs in a fancy hotel. Clementine brings a warning from Maeve, and Sato-Dolores scoffs–until Clementine turns the meeting into a shootout. I loved the intense looks in their eyes as they shot at each other; you could really tell they were robots, not humans. 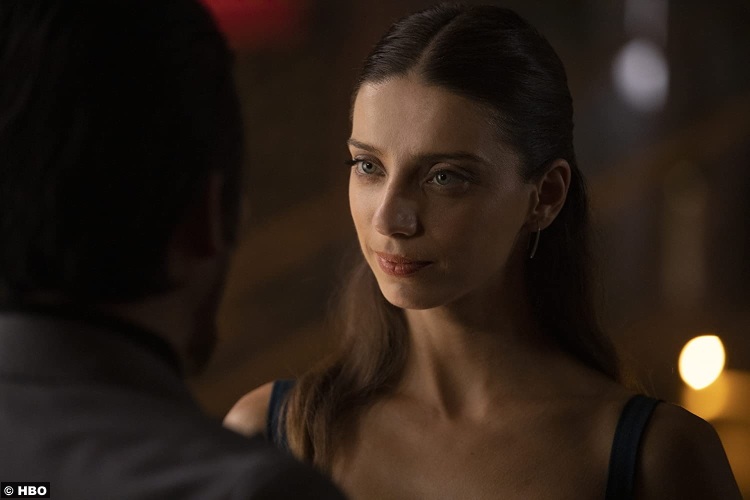 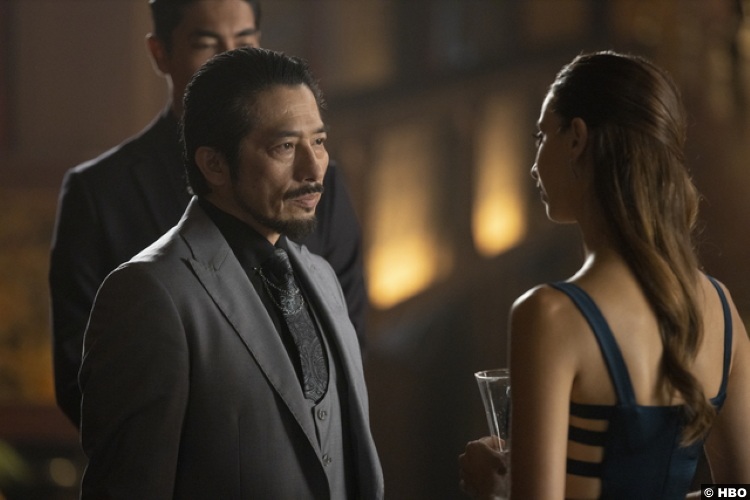 Dolores Prime, as I’ve been referring to her, is traveling with Caleb to the facility where we saw Serac’s brother being re-educated. Caleb’s backstory becomes clearer as they enter and Caleb realizes he knows the place somehow. Through flashbacks, we finally see what’d been up with Caleb all season–Caleb has been re-educated in much the same way as William. Caleb’s friend Francis didn’t die in war, he was killed by Caleb as the two of them began to realize that they were outliers identified by Rehoboam, brainwashed into picking up other outliers to be neutralized just like them. I thought looping it all back to that app Caleb works for was a pretty nice touch.

Dolores, meanwhile, just wants to talk to Solomon to get him to predict the right moves for her revolution to succeed. But in the middle of their tete-a-tete, Maeve arrives to confront her after Hector’s death. This is the first time we see Dolores unsure of an outcome. Until now, she’s basically been like Solomon and Rehoboam, knowing exactly what will happen every step of the way with her plans. Now it seems she’s playing things by ear a little more, and Maeve is the main “outlier” in her path to victory. The showdown with Dolores and Maeve plays out with a telepathic confrontation, then a battle where Maeve goes Kill Bill with a samurai sword. Dolores finally turns on an EMP, short-circuiting herself, Solomon, and Maeve all at once. 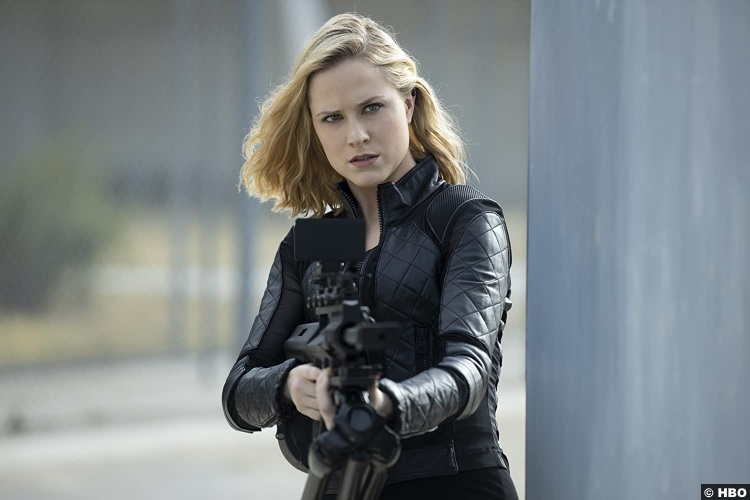 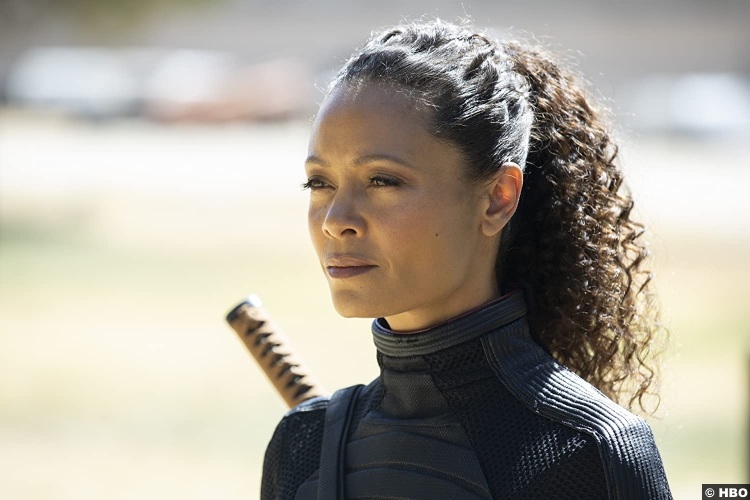 William, meanwhile, has teamed up with Bernard and Stubbs to go find Dolores and Caleb. They know about the outliers, and about Caleb. Bernard claims that Dolores’s plan hinges not on Dolores destroying humanity herself, but manipulating Caleb into doing it. Fittingly, the last shot is of Caleb grieving over Dolores and being contacted by an AI voice who has instructions for him. He looks pretty pissed, to put it mildly. 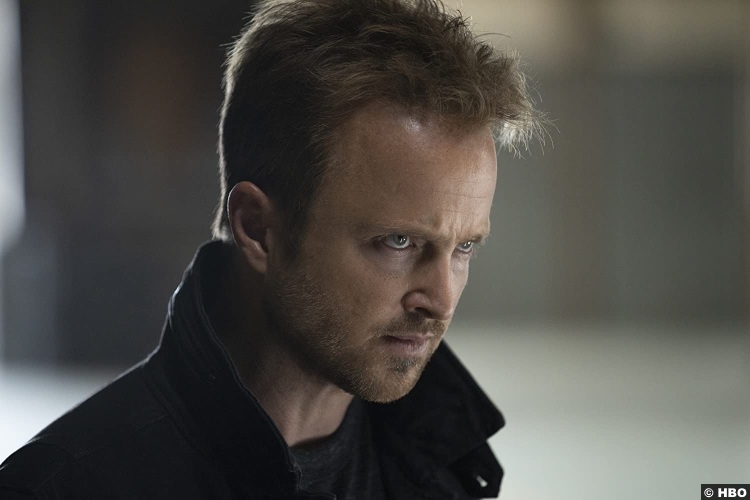 Thoughts? I’d seen a theory going around that Westworld is secretly ending at the end of this season, and the finale seems to be shaping up as cataclysmically as to suggest that. Then HBO went and renewed the show for season 4!  The next episode is the season finale at least, and it certainly looks like it could be shaping up into a possibly game-ending conclusion. While there could be some backdoor way for Dolores and Maeve to be brought back, it could be that Dolores Prime is done and the rest of the show will be played out with the other Dolores copies, Caleb, and the Stubbs, William, and Bernard group. We also have no idea where Caleb could go in the finale. Dolores has probably left him some bread crumbs to lead him in the direction she wants him to go, but he’s been surprising her lately, so she might not have laid the perfect plan after all. 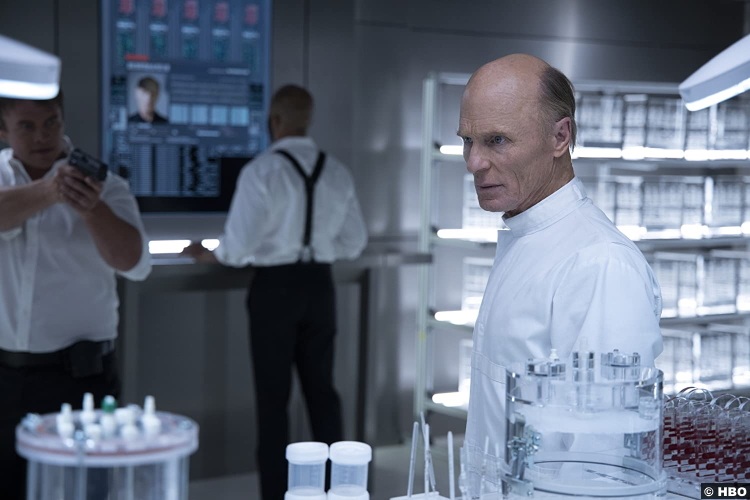 One thing I’m interested to see is how Charlotte-Dolores fits into the picture now that things have been reframed in such a big way. Serac, Caleb, and Solomon seem like they’re poised to destroy the Westworld-verse as we know it, without Charlotte-Dolores’s comparatively small relationship issues with Dolores Prime seeming relevant anymore. The only way I can see this character fitting into the narrative again would be if she found a way to be the deciding factor somehow. She could stick with Dolores Prime despite the issues with Dolores’s plan, though she was seen on the phone with Sato-Dolores plotting against Dolores Prime. Clearly, her current intent is to rally the rest of the Dolores hosts together, but something could happen to make her hate Serac more. Considering that Serac killed her family, I had been betting on her going against him from the end of the last episode.

Finally, I’m wondering what will happen to William in all this. Apparently he has this new purpose now that he’s done his treatment, but how much of that is just the conditioning the facility wanted him to have? This new purpose could end up breaking down as he realizes that what he thinks he wants to do now is more in line with Rehoboam’s plans than his own.

7/10. – This episode brought a season-long mystery to a satisfying conclusion. While it wasn’t unguessable by my estimation, I think the Game of Thrones doctrine of hairpin turn twists isn’t as satisfying as less unpredictable narratives that can actually deliver a payoff.