Maeve and Serac seem to have reached an understanding. All Maeve wants to be on board with Serac’s plans is to have what Dolores has–“help.” The result? She now seems to have her powers back, along with some familiar faces!

Then we get some One Flew Over The Cuckoo’s Nest riffing from William at a group therapy session in the asylum Charlotte-Dolores sent him to in the last episode. It seems like this is going to be the theme for the episode. To be honest, I wasn’t much of a fan of the tired trope of “person who needs therapy resists therapy while lashing out at other patients during group sessions and making fun of them for believing therapy can help them.” For one thing, I know plenty of people who like their shrinks and are glad they started talking to someone. For another, it’s literally just been done so much.

However, then William is in a session with his psychiatrist and she secretly signs him up for something called AR therapy. Right after this happens, she gets the Insight text that William doesn’t see, saying that she’s expected to lose her medical license. Right after William gets a chip like Caleb’s implanted in the roof of his mouth, he sees her stepping off her desk and hanging herself. 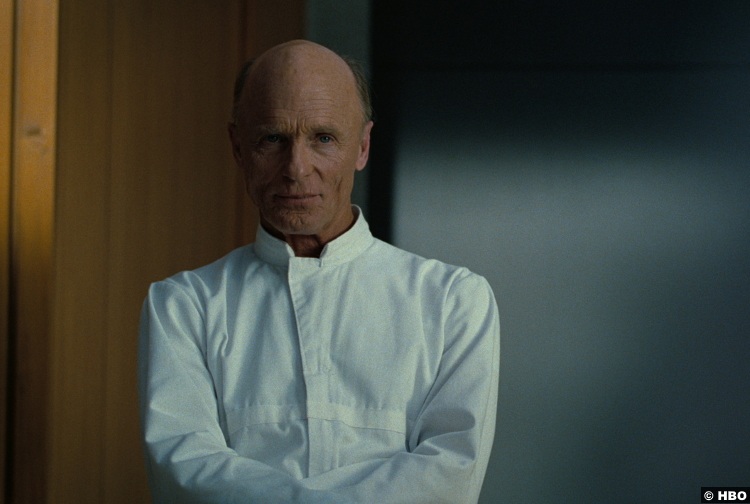 Everyone on Earth is supposed to avoid crowds and stay inside. Businesses are closing and the economy is tanking. Sound familiar? Charlotte is about to privatize Delos to keep Serac from taking over, but he assassinates a key board member in front of her. He wins. However, Dolores charges her with finding all the data on the hosts. That might be hard though, because as the new boss Serac wants to test all the employees to find the mole he’s sure Dolores planted in the Delos headquarters. But oops–she’s caught, because Charlotte-Dolores cares obviously more about her son than the real Charlotte. 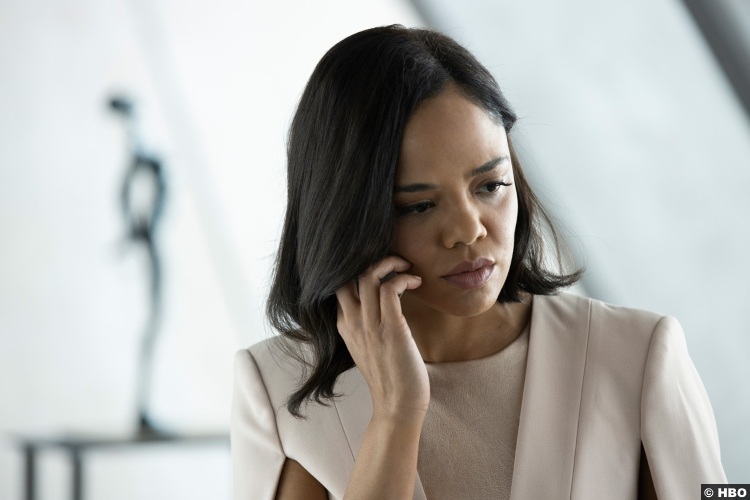 William is put into a virtual reality where he re-experiences childhood traumas, culminating in a group session with many copies of himself from different stages of life, mediated by his father-in-law. He finally ends up killing all his other selves, he figures out his purpose though–he’s meant to be the good guy. And in one of the better visual wordplay bits I’ve seen in a while, William is indeed wearing a white mental patient’s jumpsuit, calling the Westworld white hats to mind. He’s finally found…by Bernard and Stubbs! Apparently he had been left in the therapy simulation while the hospital fell apart. Poor William.

Maeve links up with Lee Sizemore’s reconstructed AI consciousness inside the 1940s park. He’s now self-aware, and they catch up. Maeve reveals that she is in the 1940s park because her body is being reprinted–and something is different. Maeve can tell that she’s being reprinted at the park. Serac kept his word–and Maeve can sense that he threw in something extra. She gets to interrogate a copy of Connells-Dolores. She reveals that Dolores would have had some kind of backup plan to tackle Meave, we then see Charlotte-Dolores on the loose in the Delos building, which leads to her destroying Hector’s pearl.

Favorite features? One relatable line was when Charlotte-Dolores asks Dolores-Dolores “why the f**k did we have to keep these emotions?” She’s referring to Dolores’s rebuilt hosts of course, but I’m sure many of us are wishing we couldn’t get stressed right about now. Dolores’s answer to herself is also interesting; she says that if they changed themselves to survive it wouldn’t be worth it if they did.

I predicted recently that Maeve and Dolores could come head to head if their interests were opposed, and if they weren’t before this episode they sure are now. Maeve has been watching Hector die over and over again for the entire show, so it makes a sad sense that his final death would be basically the same. When it comes to Dolores’s plan for the revolution, nothing has really been disrupted for her yet this season. Everything seems to be going perfectly as planned, but something tells me that now she’s got Maeve against her that could change. 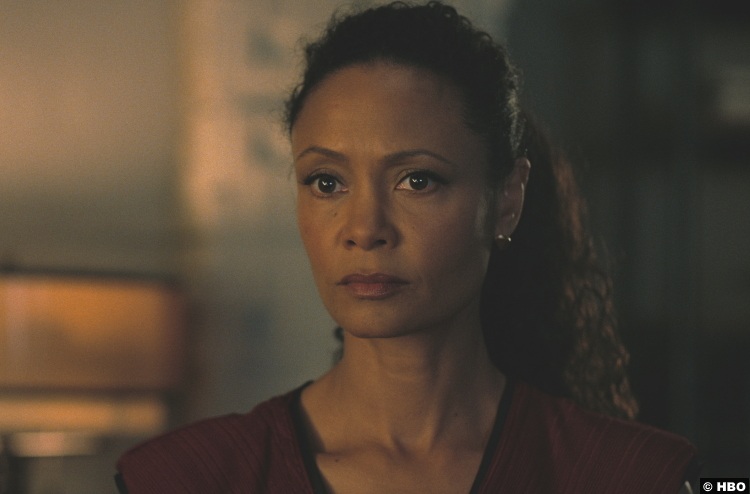 Charlotte-Dolores’s trajectory will also be pretty interesting, since she has now lost everything she so recently gained by growing close to Charlotte’s family. She has a few options, those being (a) run away and pretend to have died in the car crash, (b) rejoin Dolores Prime and pursue revenge with the rest of the robot revolution, or (c) pursue that revenge on her own.

Finally, there’s the question of what William will do now that he’s been recovered by Bernard and Stubbs. Will he work with them, join Dolores, or do what he’s done for most of the show and act as a sort of rogue agent on his own mission? We’ll see next week!

6/10 – Pretty decent plot; nothing to truly critique. The scenes in William’s head were pretty terrifying, as we probably could have guessed. But it was a bit boring after last week’s episode!