Riverdale S04E16 Review: The Locked Room – I don’t think I have the strength for this…

This week, Jughead reveals his very much aliveness to the Stonies, and dismantles their whole plan. And it was just as underwhelming as I thought it would be.

Yes, the Stonewall Prep kids were trying to kill Jughead. But they must have had a really good reason, right?

Alright, pour yourself a cup of tea or straight whiskey, ’cause none of this is going to be logical or even make sense. Ready? Okay. 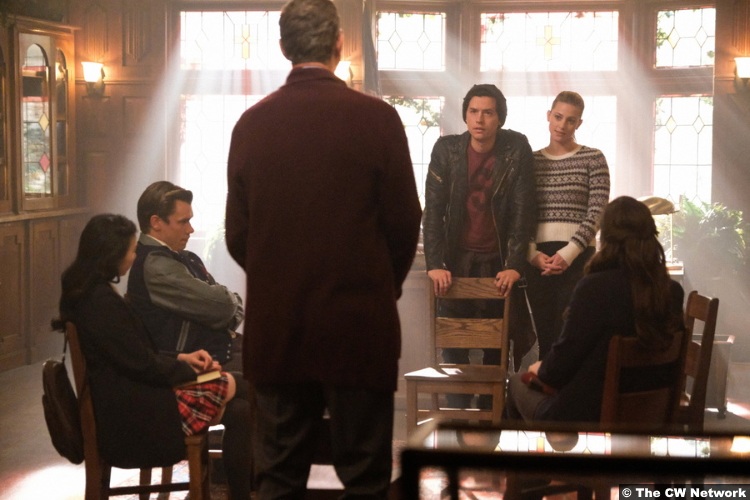 After locking the remaining Stonies (and Mr. DuPont) in the classroom, Jughead and Betty confiscate their phones and then force them to sit through their explanation. I’m honestly surprised no one went through the window then.

Anyway, it was all part of the Baxter Brothers legacy, apparently. You see, if you trace it back, every time the series got a new ghostwriter, another Stonewall student went missing. That’s what the Stonewall 4 was–sacrificial lambs to the muse, I guess. Because if you want to write the perfect murder, then you must commit one. I know, I know. I am also adding 2 and 2 and getting 5 here. This is ludicrous. But still, we forge on.

Moose, who was invited to Stonewall before Jughead, was supposed to be the new sacrifice. But Mr. Chipping, the last ghostwriter, got cold feet about killing off yet another youth. Weird that it didn’t bother him when he did it, but whatever. So, Mr. Chipping convinced Moose to enlist in the Army. Moose himself confirmed this, by the way–he really is off at Army.

But with Moose gone, they needed another patsy. Enter Jughead. Now, you might be thinking, hey–Moose was still at school when Jughead arrived. So he couldn’t have been brought there as just another victim. That’s because he was invited there for another reason. 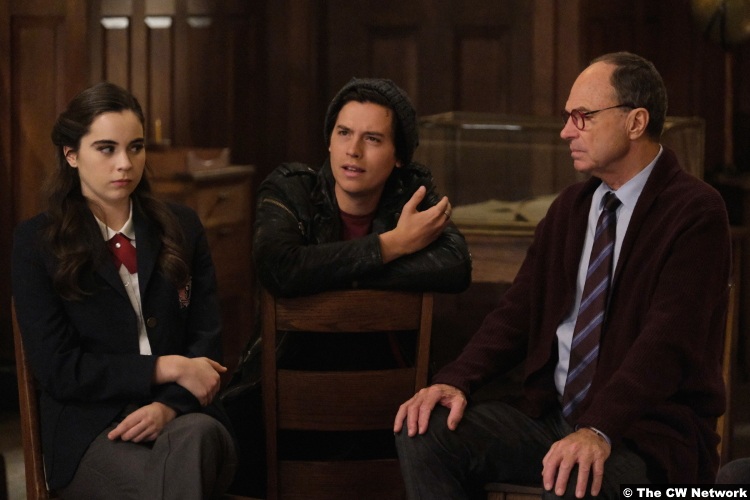 Back when Mr. DuPont bought the first Baxter Brothers story from Forsythe the first, there were only a small handful of students who knew about it. All of them have since died in mysterious accidents. All of them, that is, but Forsythe, who, of course, later abandoned his family.

Well, he abandoned his wife and son, FP, because he figured that he would be next. And Jughead was invited to attend Stonewall as a ruse, to lure Forsythe out of hiding. Well, he’s here now, to back up his grandson’s story.

Okay, but wait. Mr. DuPont bought that story from Forsythe. Yes, he paid a rather low amount, but they couldn’t predict the future. They had no idea that Baxter Brothers would go on to make so much money. So Mr. DuPont’s murder scheme makes no sense. Nevertheless, he knows when he’s caught, I guess. And like Mr. Chipping, he takes a header out the window. You’d think they would have replaced it with some stronger glass or other safety precautions since the last time.

And as for Donna’s big secret, it’s all connected. One of those students DuPont murdered was her grandmother. But that wasn’t enough, so he also stole the character she created, a teen girl detective. Donna was going to get her revenge by becoming the Baxter Brothers ghostwriter, then murdering DuPont. Nevermind who else she had to kill to get there. Betty, though, later stops this plan by issuing what is essentially a toothless threat. What medical records list your grandparents’ names, after all?

And FP and Forsythe have a nice, cozy dinner together with no indication that this is the man who used to beat FP. Uh-huh. 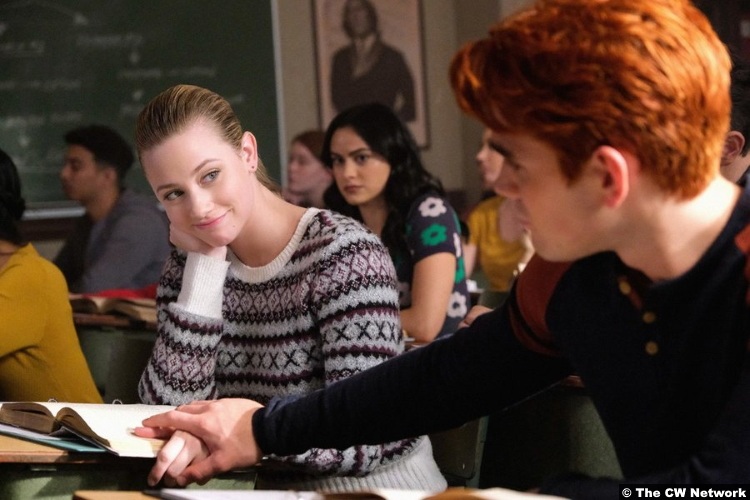 And everyone else forgets all about those videotapes, because we’ve got a spring variety show to put on. Okay. Meanwhile, the show looks like it’s definitely going to try to push Barchie and I don’t think I have the strength for this. Luckily, we’ve got a hiatus until next month.

7/10 – After all that buildup, it just all felt too slight. Like, all that fuss for an origin story that doesn’t even make sense? That’s Riverdale, baby.