Riverdale S04E13 Review: The Ides of March – Something hinky is going on here…

As this episode drew to a close, and glitched on my TV, causing me to concentrate harder on a Riverdale ending than I maybe ever have, I was struck with a realization. I’ve been saying all along that Jughead isn’t going to be dead, but I wasn’t quite sure how they were going to pull this off. Crossover with the Chilling Adventures of Sabrina? He’s only mostly dead? Everybody’s just lying? And then it hit me.

Is this all a Baxter Brothers plot? I ask that because the stories Jughead’s pitched so far are all ripped from his real life and because so much of this episode has to do with Jughead’s writing, particularly the Baxter Brothers. 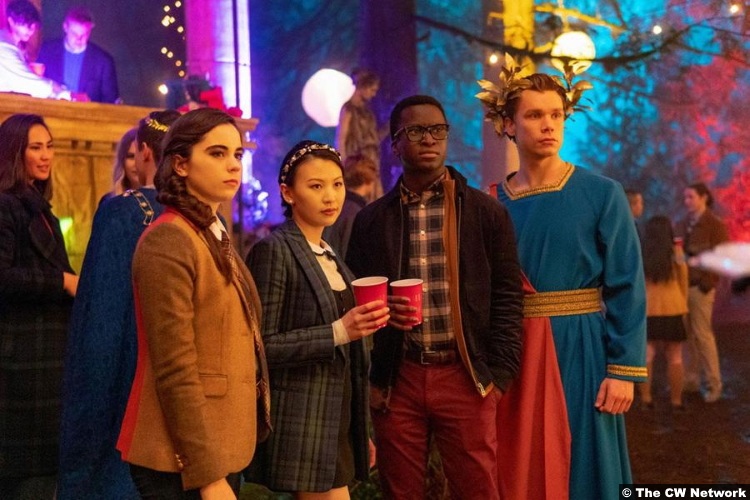 It starts when DuPont tells him that he’s going to lose his Baxter Brothers contract if he doesn’t come up with a manuscript by the end of the week–the Ides of March, hence the title. (He’s also out of Quill & Skull because of Betty’s shenanigans last week, but he’s less affected by that.)

So, he pitches a new story based on his experiences at Stonewall. And I have to say, no wonder people are so eager to believe he’s a plagiarist, because his creative cup doesn’t exactly seem to be runneth-ing over. I mean, the character names in his new story include Jarhead and Bison (that’s Moose, naturally). And by the way, I mention plagiarism, because Jonathan (WHO?) claims he actually wrote the story that Jughead used to get into Yale.

So to sum up, Jughead’s new Baxter Brothers story is rejected, he finds out that they’re submitting another one of his stories (that his classmates rewrote), and he can’t defend himself at the plagiarism tribunal because Bret threatens to release the sex tape he made of Bughead. Instead, he just quietly resigns.

And I don’t buy it. Something hinky is going on here. And I don’t just mean Bret inviting Jughead to a Stonewall party, like everything’s bygones now. I mean that Jughead and Betty don’t seem like themselves. Jughead doesn’t even bring up the sex tape thing until afterward, for example. Maybe that’s because he didn’t want Betty to feel guilty if he dropped out, but when you’re in a relationship, you have to communicate. 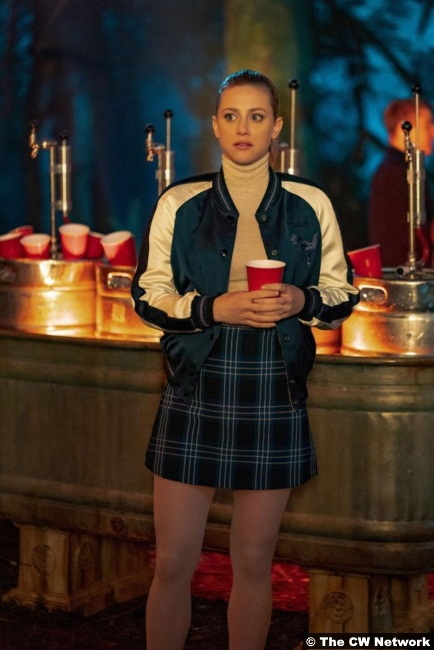 But anyway, I think they’re both–Jughead and Betty–running a long con. It’s some kind of elaborate revenge against at least Bret and maybe Donna and whoever else is on their evil reindeer games. Why does Jughead wear a bunny mask when he approaches Bret? Because we’re going down the rabbit hole, baby.

“But Salome, this doesn’t make sense with the flashbacks we’ve seen before, like at the corone–” Shhh, shhh. Forget it. It’s Riverdale. Has it ever?

So yes, we end the episode with Jughead supposedly dead at Betty’s hand after she’s been triggered by a code word Donna allegedly got from Evelyn Evernever. I would say that I would have never expected to type those words, but again, this is Riverdale.

And on that note, our B and B-adjacent plots this week: Archie’s surprised to find out that rarely going to class while running two whole businesses means that he’s not going to college. In fact, he’s probably not going to graduate. Mr. Honey is a real jerk about it, too. Like, first of all, Fred died. Second of all, your predecessor was a cult member, so maybe cut these kids some slack. Or you know, bring this up before Archie comes to you himself. 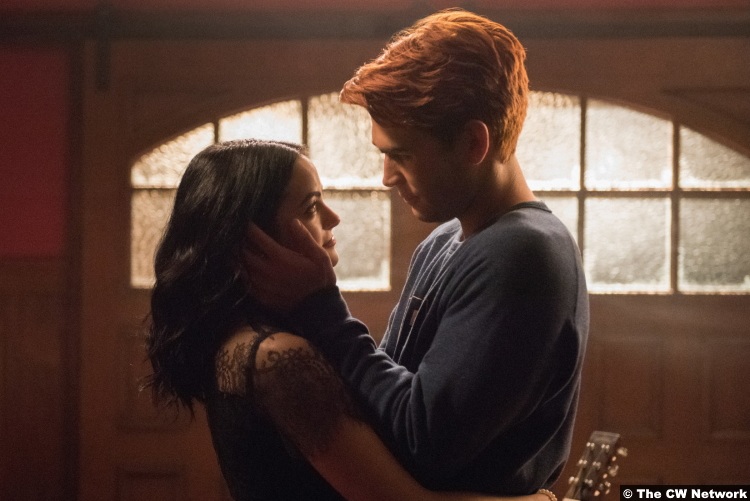 Meanwhile, the detente between the Lodges didn’t last. Veronica is clearly scared about her father’s prognosis, so she channels that into public sex with Archie and provoking Hiram into a business war. I’d be like usual, like, “Not again with this,” but she actually has a purpose this time. Getting her dad all riled up may actually be good for his health. He’s got that fightin’ spirit!

And you know, so do Jughead and Betty. So that’s why I think something’s up. And now we’ve reached the flash-forward point, so let’s see if they can stick this landing.

8/10 – I’m going to grade this kinda high for presenting a plausible explanation for what’s going on here, even if it’s only in my head so far. But Jughead did say he had a plan, so if this is all an elaborate hoax to not only avenge his treatment at Stonewall, but also show he can write a killer B-Bros plot, then it’ll be awesome.

Narrator: And she really tried to believe that.