December was the first month that felt somewhat normal in this still-new war between NXT and AEW. October was month-one of the feud, so a lot of big guns were brought out. November featured a ton of Raw and SmackDown crossover in the lead-up to Survivor Series. Even December has been weird with a Wednesday Christmas throwing things for a loop. Nevertheless, we’ve had enough shows this month to form an opinion on how things are going for the two companies…

And, to be fair to AEW, they did have some good non-wrestling stuff this month, with the Lexicon of Le Champion being especially delightful. That being said, the company continues to have audio problems, with one episode this month featuring glaring issues. There’s so much about the company’s presentation that makes it look like a genuine WWE competitor, in a way that no wrestling company has looked since WCW folded, but when they can’t even mic up an interview right, you have to give it a strike. NXT lacks AEW’s arena visuals and aesthetic, but they make up for it by leaning on the well-oiled machine of “a WWE presentation.”

Just as NXT has a built-in advantage with commentary, AEW has one with the crowd. Sure, NXT’s Full Sail audience of hundreds can bring the heat on special occasions, but more often than not they sound like an indie/bingo hall audience. Just as AEW’s audio issues make them look more bush league than every other aspect of their presentation, NXT’s small crowds make the yellow show sound like more of an inferior product than it actually is.

AEW is not selling out arenas on the regular but they are strategic in where they place audience members, are good with their camera and, for all their mic-issues, they know how to make a crowd of 6k sound like 16k. A hot crowd is the secret sauce to making a wrestling event work. Just like Star Wars would not be Star Wars without John Williams’ score, a great wrestling match needs a hot crowd to become something special. Rock vs Hogan at Mania X8…on mute? No thank you. AEW has had great crowds week after week, and it’s helped elevate what usually are some pedestrian cards.

AEW had only one show this month where they outclassed NXT in the in-ring department. The December 11 show killed it with good match variety, pacing, and finishes. NXT that same week had—as usual—a great main event, but they had little else to compete with. That being said, NXT dominated the rest of the month, featuring Finn Balor, Adam Cole, Rhea Ripley, Shana Baszler, Keith Lee and more in memorable, thrilling bouts.

I keep saying “NXT can’t keep doing mini-Takeover shows every week; it’s not sustainable” but they KEEP DOING IT! It’s like how people used to say “NXT can’t keep topping themselves Takeover after Takeover” but that’s exactly what they do (mostly), over and over. Maybe we should just stop doubting Papa Haitch.

Somebody stop the damn match! 🤣#AEWDynamite

The champ retains the title…

AEW is in trouble.

They’re not in dire straits. This isn’t WCW in the year 2000 but the company has ended its honeymoon and cut its viewership in half after just three months. There’s no sense of urgency, too many matches feel like exhibition bouts without purpose, there is a lack of direction and focus to the show that keeps a viewer watching for two hours and tuning in to continue watching the next week.

The good thing is their problems are fixable. There’s nothing systemically wrong. The foundation isn’t crumbling. It is just month-number-three after all. Let’s see what they do in 2020, their first full year as a TV wrestling enterprise. More than anything they need a top babyface to build their show around. 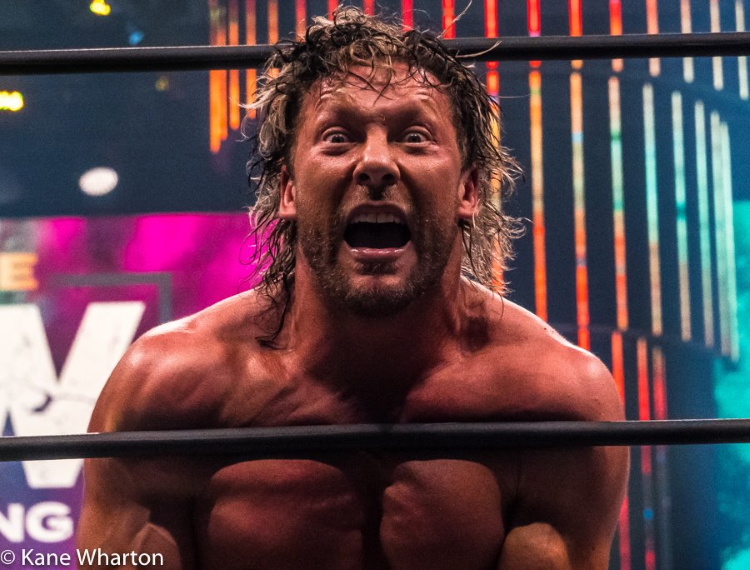 Until they get their ducks in a row, NXT will continue to roll.