Forget everything I previously wrote. I mean, read it first…

All Elite Wrestling is coming to TV…what does it mean?

Everything I said about how the TV-streaming era means we don’t have to choose one over the other is rendered irrelevant. Sure it’s true; I was able to have both shows recording on my YouTubeTV, which meant I could watch AEW, then switch to NXT whenever I wanted, and then switch back and pick up right where I left off, etc.

So while it’s technically true that AEW and NXT aren’t recreating the WWF vs WCW war of the Attitude Era, it also doesn’t really matter on a technical level.

We haven’t had two hot wrestling shows on the air at the same time since early 1999 (Nitro stopped being hot soon after). There’s just something magical about knowing that both are on at the same time, both are trying to win your viewership, and both are dropping every bomb they have to do it. This is what was missing on Monday nights from 2001 until, well…forever.

Wednesday nights is where it’s back.

In fact, I’d go so far as to say: If you’re a pro wrestling fan and you simply don’t have the time/energy to give nine hours a week to the pseudo-sport, every Monday, Wednesday, and Friday, every week, forever and ever amen, then just don’t. Skip Raw; it’s not getting any better. Watch the debut of SmackDown on Fox and then skip it too; it’s not going to turn a corner, either.

Wednesday nights is where it’s at.

So now that both shows have aired competing broadcasts, let’s review who won the night. I don’t plan on doing this every week, but probably every month I’ll go back and grade the winners and losers for the past four or five shows and see who’s trending in the right direction.

As for tonight, let’s get to grading…

Maybe it was the thrill of “show number one” but AEW felt like the bigger deal tonight, despite all that NXT was doing on their end.  Once the shine wears off, it’ll be up to everyone backstage to make the program continue to feel like a must-see program. Tonight, it felt must-see.

AEW made some great improvements from All Out to Dynamite. They added a watermark, found a winning commentary team, had no major visual or audio snafus, improved their sound-output, and showed strong camera work. Great job all around. On the other hand, NXT is just a well-oiled machine and the move to network television from the WWEN has shown zero hiccups in the transition. Both brands rose to the occasion on their first head-to-head night. In the future I expect this to matter less and less, as both settle in and hone their look as a Network broadcast. For now, great first outing for both (even if NXT has been on USA for a bit already).

In future reviews, things like presentation, production, commentary, and crowd will all be folded into one category, but I wanted to break them up here just because NXT’s commentary has been so perfect ever since Mauro Ranallo came on board, and AEW’s commentary has been the biggest weakness and most inconstant part of the company thus far. I was curious to see if AEW would step up and they did. The addition of Tony Schiavone was even more of a nostalgic callback than having JR welcome everyone to the sold-out arena at the top of the broadcast. The three-man booth of JR, Tony, and Excalibur is the best combination used thus far, and either one of JR and Tony alongside Excalibur as a two-man booth would have been the best too. NXT has Mauro Ranallo, however, and he’s just the best in the world at it. As good as AEW was, NXT is a mountain too high to climb with a pair of retirement-ready play by play men at the helm. Add in Nigel McGuinness sounding like a very excited Lord Alfred Hayes, as well as Beth Phoenix being great after only a short time on the job, and NXT has to take the cake this week. 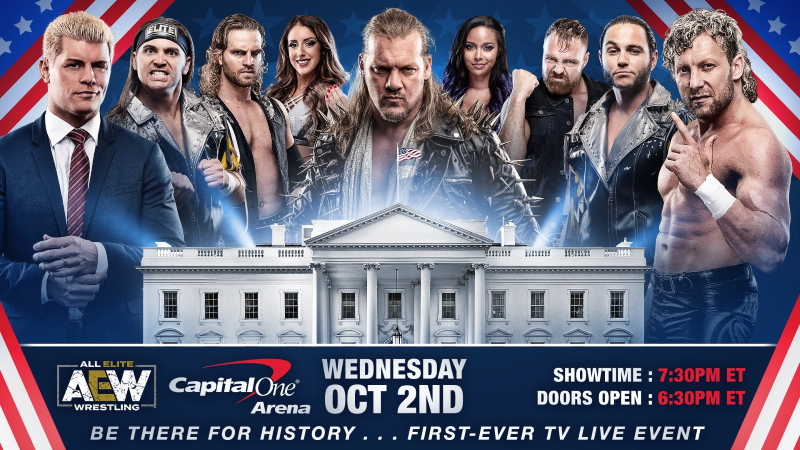 You can call Full Sail the NXT Arena but it’s still only a few hundred fans. Are they hardcore? You bet. Is the audio mixed just so to make them sound like a three-thousand person crowd? Sure is. It’s still only five hundred people, at most. It’s a small venue and it makes NXT feel like a small-time promotion. AEW ran from the sold-out Capital One Arena, a venue which has hosted Monday Night Raw and Friday Night SmackDown in the past. It’s a major facility and the sweeping camera shots of the arena, filled to capacity with screaming, sign-waving, name-chanting wrestling fans can’t be beaten by five hundred excited people at Full Sail University. Until either NXT goes on tour weekly or AEW stops selling out the big venues, this is going to be AEW’s crown to lose. One thing to keep an eye on in the future, however, is to see how an AEW crowd reacts to a random mid-Spring show that isn’t anything special, because Full Sail will always bring the energy. 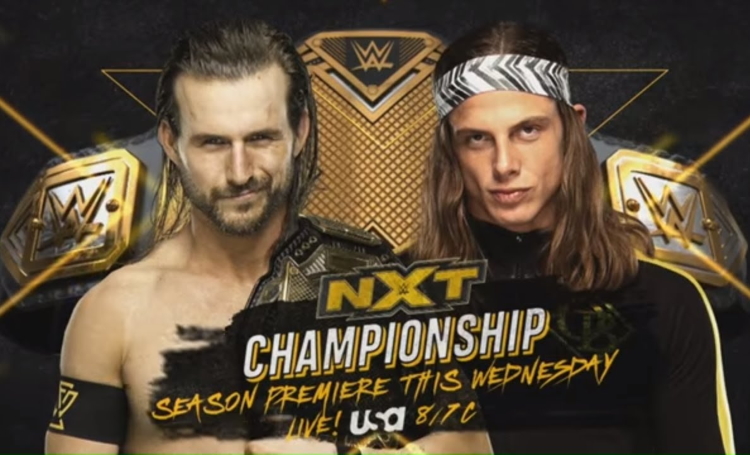 NXT basically ran what would have been considered a very good Takeover show. In NXT terms, a “very good” Takeover is comparable to the very best PPV’s in WWE history and probably would have one or two match of the year contenders. On the other hand, it didn’t seem as though AEW was trying to put on a PPV-like event. AEW is pacing themselves and put on a solid show, but nothing more. I feel like NXT booked their show in response to AEW and AEW just did what it was always going to do even if NXT hadn’t moved to USA. Nothing AEW had to work with was going to compete with Riddle vs Cole, not without undercutting an upcoming PPV show. The result is NXT winning this particular fight but they can’t keep running PPV events every week. Burning the candle at both ends will eventually come back to WCW Nitro you.

AEW had its fair share. Jay and Silent Bob made an appearance. Jon Moxley did a run-in. Jack Hager (the former Swagger) was the big reveal at the end of the show, and a new Women’s Champion was crowned, but those weren’t enough to counter what NXT brought. Papa Haitch brought Finn Balor back and made him part of the NXT roster. Tommaso Ciampa made his big return as well. NXT just has more stars right now than AEW. Now that word is leaking that CM Punk has signed with FS1, it seems like they have no big free agents to bring in. Cult of Personality hitting and CM Punk coming out would have given AEW the win for the night, without question, but that wasn’t in the cards and what they had to work with just couldn’t compare with the yellow brand this week.

We’ll see what the rest of the month brings, but for right now here’s your big takeaway from the Wednesday Night War, night one: Both shows went all out, had an anything can happen vibe, and brought surprises and highlights every quarter-hour. THAT’S what wrestling TV has been without the past two decades. I’m so glad it’s back.

Bring on next Wednesday!